Folk tales, folk lore, and folk superstitions are the “dirt under the fingernails” of society- the places where true history is found, unfiltered. When we encounter the stories of place or tribe, when we pay attention to charms, “superstitions” and other evidence of inherited folk wisdom, we are seeing the places in which we meet and understand the universe around us. Folklorists and historians preserve culture and help us understand who we are and how we see- and continue to see- the ups and downs of life.

How Does Folklore Inform Liberal Faith

As a Unitarian Universalist candidate for ministry, I am intrigued by the way folklore and mythology can inform our liberal faith. Folk beliefs, stories and myths are not just for the “story for all ages”- the component of Sunday worship in which someone, usually the religious educator, tells a story geared towards children but containing a message for all generations. The trappings of folk belief can help us in other ways as well.

A word to the wise: it is important to be respectful of the cultures you encounter, and recognize that appropriating without permission, or bringing something to worship that you only half-understand just because it sounds “cool”, does a disservice-both to your community and the community you wish to learn about.

The best places to start learning folklore is in your own backyard. Find the stories, myths, charms, and lore of the people and places in your local area. For me, this is an embarrassment of riches- I currently live in New York City. I can start with the Lenape Indians, but then, history dictates that I also delve into the wisdom of many other nations. My family descends from a warlike band of settlers who, by exposing the native population to disease and war, almost wiped out the indigenous population of Long Island and lower Connecticut- of course, I am speaking about the English and Dutch. My ancestors also brought the sin of slavery to these shores. I can add more perspective to my knowledge about the resilience of African-Americans by delving into the work of authors like Zora Neale Hurston, whose book of tales, Of Mules and Men, although primarily collected in Florida, not in New York, is an important window into African-American experience. My many neighbors from Spanish speaking countries, from Eastern-Europe and from the Caribbean and beyond also have much to teach me.

From where I live, for example, it would probably take me about twenty minutes to walk to the nearest botánica, where I can speak to a curanderismo about his or her clientele. What saints are popular this week? What kinds of requests are people making? What are the needs of the community, and how is this reflected in the prayers and requests that are being made and the herbs, candles, and saints’ medallions that are best-sellers?

From a botánica I gained an important insight early on in my ministerial training. I often thought that the world of folk belief would become a hobby or a side practice when I started pursuing my avocation. I discovered that this was completely wrong. Clinical Pastoral Education, or CPE, is required of nearly everyone who wishes to be ordained as a minister or priest – From Catholic to Presbyterian to Unitarian Universalist and other faith traditions as well. The first level of training in CPE is often spent over the course of a summer, almost always in a hospital, where you learn to attend to the spiritual needs of patients and their families, become a better listener, and remove your own interior psychological barriers to delivering effective spiritual care. One day my CPE supervisor arranged a tour of the neighborhood our hospital serves. The tour leader brought us to a botánica- a store selling herbs, candles, and folk-magic supplies for the practice of Santeria and other allied spiritual practices- and I was the only person in our team of five trainee chaplains who could explain to everyone exactly what a botánica was because of my own history and practice (if you are a Pagan in New York City, you cannot avoid the botánica!) If, when visiting a patient, I could discern evidence of their beliefs in conversation or at a bedside table, I had gained valuable insights into the other members of that person’s spiritual support team.

One of the chief responsibilities of anyone who wishes to serve a community- whether they are a layperson or a religious professional or even a teacher- is to “exegete” the congregation or the population served. Research and discover what makes that population tick. What are their values, their cultural traditions, their taboos and their heroes? If we are sincere in our desire to serve the entire community in which we situate ourselves- and not just those people who decide to walk-through our doors- we need to know what they hold dear, or even, in many cases, what people are trying to reject. So get reading and walking! Your local folklore society, library and cultural institutions are great places to start.

Next month- How things came to be- myths on the origins of things. 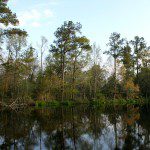 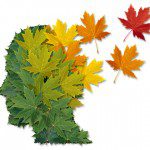 April 15, 2015 The Medical Benefits of Pagan Ritual
Recent Comments
0 | Leave a Comment
Browse Our Archives
get the latest from
Nature's Sacred Journey
Sign up for our newsletter
POPULAR AT PATHEOS Pagan
1