The Grief Police (They Live Inside of Your Head)

My mom died in March of this year after four years of living with, fighting, and suffering from Ovarian cancer. Our family commonly lives a century so we had been counting on her being with us another 25 years, at least. We were angry and grief stricken. We had months to get used to the idea, to “pre-grieve” and to say our goodbyes and our I love yous. We were prepared.

I blogged a bit about this here, here, and  here.

I have a seminary degree. I have worked as a chaplain. I expected to do my grieving well. What I didn’t realize is that not only was I totally unprepared for being a daughter who loses a mother, but I also had ideas about how to grieve that simply didn’t fit.

I love the book “Aarvy Aardvark Finds Hope” by Donna O’Toole. It is aimed at children coping with grief and those who would accompany them. (It even comes with a resource workbook for the parents or therapist.) In the book Aarvy is depressed and listless, not finding pleasure in anything and barely interested in eating or being with his friend. Until one day when he experiences his grief and has a small personal memorial service. After that he can play and dance again.

The book is a good one and it helped me when I was mourning my divorce and my grandmother. I’ve also used it in workshops and counselling. However, it had installed a set of expectations about grieving into my head.

I found myself angry and frustrated and impatient during the month of July. But i didn’t know why. I didn’t put it together until we took a trip to the beach.

Usually when I go the ocean I immediately walk to the water, touch the water, and sing a Yemaya chant into the wind. Usually when I am at the seaside I walk once a day on the sand, on that smoothed space where the ocean waves just retreated. Usually when I am at the ocean I make a point of being still during the sunset, gazing at the colors as they transform from orange to purple. This trip I did none of these things. As day three rolled around my beloved turned to me and said: “This place was sacred to your mom too. You are grieving.” When it was named, I began to cry.

After a good cry and some consolation ice-cream we talked and I realized that I was feeling like a bad person because I wasn’t doing grief the way I expected. I didn’t cry every day right after Mom died. I wasn’t depressed and listless. I didn’t become all better after the memorial service.

My head knew better. My head knew that we each do grief our own way… that grief is personal and different and doesn’t move in a predictable way through our lives… But somehow my inner regulator had gotten some rules and was using them to beat myself up.

I’m sharing this because I want to be an evangelist for the message: “You are doing EXACTLY what you need to and are a good person.” I want you to know that the way you do grief is yours, you own it. It shouldn’t be measured against a book, an article in a magazine, or anyone else.

So, here’s what I’ve been doing. For two weeks in March, after Mom’s death, I felt close to the divine, in tune with the universe, strong, and enveloped in a beautiful kind of keen sadness. The memorial service was at the end of March and I felt held and cradled in love and care and had energy to take care of the work that needed to be done. At the end of April I started to focus on my daily tasks though every other day I would run into something that reminded me that I couldn’t call her, or visit her, and I would cry. By June I was feeling pretty normal and had the illusion that my hard grieving had passed. I laughed and danced sometimes. By July I was slightly depressed and irritable. At the end of July I ran into some of her medical supplies and was devastated by the realization of how much pain she had tolerated in her last years. Aarvy Aardvark and I have been doing our grieving differently.

And that is OK.

And if you are a friend or family member of someone who is grieving, I invite you to listen, show up, and have no judgement. Most importantly, just listen. You can’t fix it.

If you’d like to explore more, another excellent book on death and dying “The Pagan Book of Living and Dying” explores death rituals and grief processes from Pagan perspective. 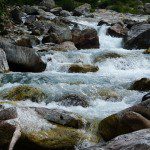 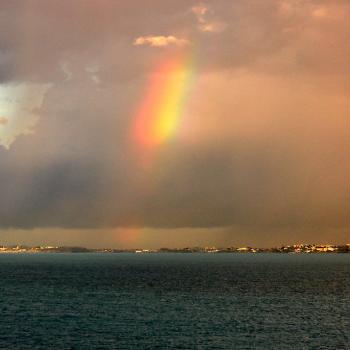