The Psychology of Tarot

I can clearly remember the day I bought my first deck of tarot cards, years before I would even entertain the notion of being a pagan. I was enjoying my annual visit to the Texas Renaissance Festival and had wandered into an open, sun-lit shop filled with pentacles, incense, and crystals. My religious upbringing had warned me against even visiting such places, yet I felt drawn to the sense of danger and excitement this space evoked in me. Then I noticed the large selection of packs of cards. Their faces represented every style of art imaginable with intriguing and seemingly ancient images. I was pretty sure they were tarot cards, but I didn’t know anything about them and as a shy person I certainly wasn’t about to ask.

I left the shop empty handed, but I couldn’t stop thinking about the cards as the day wore on. The thought of owning a set of tools designed to tell the future fascinated me for a reason that I still don’t fully understand. I didn’t really believe that pieces of paper could foretell what was going to happen, but I wanted to play with this theory. I wanted to hold the beautiful images in my hands and to be the kind of eccentric person who owned her own set of tarot cards. Not having much money at that point in my life, it took a few hours to convince myself that a deck of cards was worth the relatively high cost, but eventually I found myself back in the shop staring at all of them once again. I knew that I would know which deck was right for me when I saw it. And so I did. I had found a box with a lovely old drawing of a king who seemed medieval and enchanting. It featured the words “Ancient Minchiate Etruria.” I grabbed the deck, paid for it as quickly as I possibly could, and practically ran out of the shop before I lost my nerve.

In the days that followed, I looked at a few tarot websites and did a couple readings for myself. Nothing special or exciting happened and I lost interest. The cards took up residence in my arts and crafts supplies and were completely forgotten until I moved to Washington, D.C. and saw them in the process of packing and unpacking. It was just after the autumn time change, and I was literally plunged into the cold and dark, being so far north of San Antonio with the earlier setting of the sun and the harsher winters. I had no friends, no extended family, and no job. I had two energetic toddlers and a failing marriage. I desperately needed to find my bearings, and quickly.

This was when I recalled an interesting article I had read on the Internet regarding the use of tarot cards as a psychology tool. The concept was compared to the use of Rorschach tests, a method of bringing subconscious thoughts to the conscious mind through the interpretation of random inkblot images. Just as a trained psychologist could assist someone in uncovering hidden fears, desires, and emotions, this article proposed that a person trained in the use of tarot cards could help others reveal the buried world of the id. I was adrift in an unfamiliar sea and I wondered if my deck of cards could help me figure out what I needed at this stage in my life. I wondered if they could help me discover who I was and who I wanted to become.

This meant that I first had to learn the meanings of the cards. After a bit of research, I discovered that I hadn’t purchased a standard deck of tarot cards. My cards were the Minchiate tarot, a variant of the original tarot game developed in Florence, Italy in the early 1500s. With an expanded set of trump cards, the deck is a whopping 97 cards in total – significantly larger than the standard 78 card decks. This didn’t make the task any easier, nor did the fact that most of the numbered suit cards didn’t have any specialized images to indicate their meanings. But this was my deck and I loved it all the more for being unique. I finally opted to use a cheat sheet to facilitate my readings rather than dedicate so much time to memorizing all of them.

And so I began my experiment. To my delight, the article had been correct. The cards never told me my future, but they did tell me my present more clearly than I had ever been able to see it. Insight usually came quickly as I turned the cards and realized feelings of dread or excitement at the results. Tomorrow is the Hanged Man? Relief. Oh, I must need a day to rest and relax. Others see me as the Queen of Swords? Sadness. I guess I’m feeling a lot of pressure to be the responsible decision maker in this family. Maybe I need to spend more time on my own hobbies and interests after the boys are in bed.

Gradually, thanks in part to the use of the tarot cards in this manner, I found my footing. Over the course of the next two to three years I would make several large decisions that would turn the direction of my life 180 degrees, all for the better. I don’t believe that my deck of cards caused these things to happen, or even predicted the changes I would go through. I did all of that myself without any knowledge of how things would turn out. But I do know that my cards provided comfort, confidence, and a clearer sense of self throughout the process. In other words, their unpredictability provided a dose of sanity that would have been difficult to come by any other way.

I have since bought a couple other tarot card decks, but they sit in my meditation room gathering dust. When I’m unhappy or worried about something, when I’m unsure about a decision that needs to be made, or even when I’m just bored, I always return to my first deck. Over the years I have developed personalized meanings for each card that resonate with myself. And I have designed my own layouts to provide the answers, or I should perhaps say questions, to life in manners that I find meaningful.

Holding those cards in my hands is like holding 97 pieces of comfort, regardless of which cards I draw that day. This is why they will always occupy a special place on my altar and be an integral tool in my growth and development. 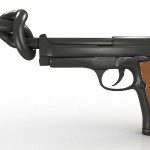 October 17, 2015 CUUPS Announces 2015 Election Results
Recent Comments
3 Comments | Leave a Comment
Browse Our Archives
get the latest from
Nature's Sacred Journey
Sign up for our newsletter
POPULAR AT PATHEOS Pagan
1