Almost two weeks ago I attended Nashville Pagan Pride Day. It’s an annual event attended by Pagans from all over Tennessee (and quite possibly the surrounding states as well), and is planned and supported by members of the CUUPS chapter at my congregation. My family and I decided to make an afternoon of it, and got there around lunchtime.

While we were standing in the line for a food truck at the front of the event, a trio of “Christian” protesters walked up. They had a big sign, and hateful t-shirts, a video camera. The police officer who had been assigned to the Pride Day walked out to meet them, and had a long conversation with them. I can only assume it was a detailed list of what they could and could not do as legal protesters, and I was grateful to know that we had such support there with us, while also understanding the need to protect all right of protest, not just my own.

This trio proceeded to march forward through the event, shouting hateful things at the vendors and attendees alike. Most ignored them, or looked at them with pity. But once they returned to the entrance, and set up in the middle of the walkway for what would be hours, things got more intense.

Some people met them one-on-one, attempting to engage them in a shouted dialogue about freedom of religious practice in the United States of America. There were many who didn’t want to engage that closely, but stood back and supported those who were lifting up diversity and cooperation..

One vendor came up from her booth and silently circled the trio while burning sage and other cleansing herbs, fanning the cloud towards them. Round and round she went, eventually trading off with someone else, to keep the protective circle going. It was an extraordinary act of non-violence in the face of hatred and verbal brutality, and beautiful to witness.

This easily could have become a day about violence. All of us are quite familiar with how Pagan people and communities have been treated for hundreds of years, and that level of chronic anxiety can lead to extreme reactivity and an inability to think clearly. What I witnessed that day was a Pagan community, influenced heavily by CUUPS and our promise to participate in the UUA covenant of principles, respond to attacks and hate with love and patience.

According to the Nashville Pagan Pride Day President, Mary Hawk, over 700 people attended. They raised money and collected supplies for Second Harvest Food Bank, Middle TN Pet Food Bank, and the school at the NoDAPL camp in North Dakota. This event became a symbol not just of Pagan Pride as an identity of religious worship and practice, but also for Pagan Pride in being generous and having strength of conviction. 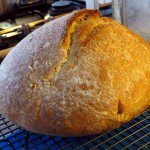 October 14, 2016 Everything You Need To Know About The Creepy Clown Epidemic (But Were Afraid To Ask) - Part 1
Recent Comments
1 Comment | Leave a Comment
"I love this! I've been in such a funk lately, feeling off-kilter. Thank you."
Keri Strahler The Yule Tree ~ A Holiday ..."
"Planning for Yule 2021. This helps"
Wisdom Seeker Wheel of the Year: Yule
"Thank you to share about your thoughts.It just happened today many of the old covenant ..."
Herrnhut The three aspects of Samhain – ..."
"I'm glad I'm not the only one who experiences a summer slump. I used to ..."
Hannah The Autumn Awakening ~ Returning to ..."
Browse Our Archives
get the latest updates from
Nature's Sacred Journey
and the Patheos
Pagan
Channel
POPULAR AT PATHEOS Pagan
1 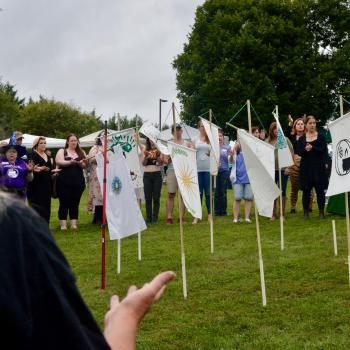