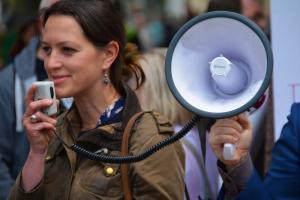 I’ve been thinking a lot lately about the American cultural idea of work. When my son was born, 2.5 years ago, I reduced my work hours to ¾ time – 30 hours a week. Working 30 hours a week with a newborn and now a toddler, I still feel like there’s so little time. I often feel overwhelmed with all that must be done, and there never seems to be enough time in the day. And I have a very present and committed co-parent, though she works more than I do and further away.

So, I often stop to wonder how parents cope who are working 40, 50, 60 hour work weeks. Especially those who don’t have present, committed co-parents, or perhaps do not have co-parents at all.

Peasants Had More Time Off Work

I saw this article recently about the fact that the average American worker in 2018 works more than a medieval peasant. (https://www.theladders.com/career-advice/the-average-american-worker-puts-in-more-hours-than-a-medieval-peasant). This is true, it seems to me, on both ends of the income spectrum. For low wage workers, a 40 hour job doesn’t even begin to come close to paying enough to live on. So, second, third, fourth jobs and multiple side hustles are an economic necessity. For many white collar workers, there is a workplace expectation that serious workers put in many more than 40 hours a week, and taking one’s vacation time is frowned upon.

Meanwhile, I keep hearing anxious stories on the radio about what will happen to all of us when the robots take over our jobs. This is already happening in lots of industries, of course, as automation pushes out workers in more and more kinds of work. At the end of this trend, how will we all make a living?

But here’s the thing. If that’s true, that more and more automation means that fewer and fewer hours of work are required for the same degree of productivity, we could, collectively, decide that we could all work less. We could let the robots take over, while we go to the beach or read to our kids, or just sleep for goodness sakes. Why do we need to work this hard?

This is why I’ve been thinking about the American culture of work. Because I think the only reason we’re all working so damn hard is because we have decided that hard work for its own sake is one of our ultimate values as a nation. So we will collectively oppose any policies that will reduce the amount we all have to work, specifically because we are afraid of this leading to some sort of creeping and debilitating laziness.

But I think this obsession of work is killing us – literally by the amount of stress it produces in the body, but also spiritually and emotionally as it saps all the energy we might use for other things.

We could choose a different way. We could choose to pay all workers a wage that would afford a good, high quality of living at 30 hours a week. We’d have total employment because every industry would need about a third more workers. We’d have more time with our families, and for volunteering and for hobbies. We’d be healthier. We’d be happier. But we have this cultural obsession with work.

Whenever I think of this idea of a universal 30 hour work week, my next thought is that it will never fly because of American culture. But what is American culture? It seems to me that culture might be thought of as the strength of the preponderance of our collective thoughts and conversation. So, as a Pagan, I know that thoughtforms can be changed. The conversation can be shifted.

While there might be acts of ritual magick that might help with this shift, I think one of the very best forms of magick for shifting culture is the act of speaking against the weight of the dominant story. If that dominant story is dominant just because it’s the one that’s told most often and loudest, we can create a new story by speaking it over and over with increasing strength.

My Magickal Act For The Day

So, here is my act of magick for the day. I believe that we would all be happier and healthier if we mandated that all workers receive a wage that provides a high quality standard of living at 30 hours a week. Therefore, I believe that all workers should receive a minimum of $30 an hour. I believe that hourly workers should get time and a half for every hour in a given week that they work beyond 30 hours. I believe that salaried workers should receive an annual bonus equivalent to time and a half for all of their time that exceeds an average of 30 hours per week. We have the resources as a nation, if we should decide to use them this way instead of for obscene levels of compensation for the already super rich. (By the way, above a certain amount of money, studies show that more money does not increase happiness, so in the long term, this would not actually make the super-rich any less happy either.)

Whatever we can dream together can come into reach if we speak it often enough and if it resonates with others enough to become the new story. 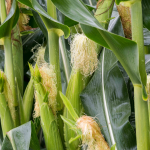 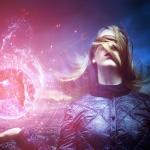 August 8, 2018 What Type of Witch Are You?
Recent Comments
1 Comment | Leave a Comment
Browse Our Archives
get the latest updates from
Nature's Sacred Journey
and the Patheos
Pagan
Channel
POPULAR AT PATHEOS Pagan
1

The God of Sea Snails, and Other Queer...
Allow me to introduce Nerites and Anteros: a couple of lesser-known but...
view all Pagan blogs
What Are Your Thoughts?leave a comment
Copyright 2008-2021, Patheos. All rights reserved.