Hard Choices of Being Black and Muslim

Hard Choices of Being Black and Muslim April 11, 2017 NbAMuslims

Black Muslims encounter layers of aggression that assail their ability to traverse through society unharassed and with dignity.

I was in dire need of safety pins. Although it may seem incredible that a person can be desperate about something like safety pins, I am confident that my Muslim sisters understand the urgency at which I traveled to the store. The parking lot was full of cars, and I scanned up and down its aisles searching for a stall. I finally found one, pulled into it and felt a sense of dread as I noticed the bumper stickers on the car in front of me.

Among the numerous stickers on the car’s back window, two caught my immediate attention. One on the right was a confederate ( I refuse to capitalize) flag sticker. Another on the left had the word “Kafir” in Arabic with the additional words “Armed Infidel” in English. I noticed the confederate flag first because I am Black in America, and it symbolizes the country’s historical violence against my race. I was also disturbed by the “Armed Infidel” sticker’s clear message that my Muslim identity was none too pleasing to the brandisher.

I, like so many of my Black Muslims in similar situations, needed to assess my children’s and my safety and decide whether I wanted to take the chance of running into the car’s owner or spend another day in a hijab struggle. Given the current climate of anti-blackness and anti-Muslim hate (especially against covered Muslim women), I had to think about the possibility that this person may present a clear threat to my ability to complete one of life’s most mundane tasks.

In instances where there is a likelihood of bigoted-based hostility, does one get out of the car and continue with their day, or must they be more cautious and try to avoid any potential negative encounters? So one person’s free speech hinders another’s overall freedom, and defenders of this type of symbolic aggression often do not have to contend with it.

I decided to get out of the car and go into the store, but I made sure my pepper spray was in hand. Alhamdulillah, I was able to get my safety pins without any negative encounters save the usual side-eye glances. I hopped in my car feeling accomplished but with the reminder that I am not free of constant assaults on my humanity.

That is what it means to be Black and Muslim in America. A person must remain cognizant that at any time and place either their race, religion or both is going to be an issue for someone.  Life is fraught with microaggressions and symbolic assaults as well as outright belligerence and hate (both inside and outside of Muslim communities), making it necessary to be always vigilant and keen on how to deal with them.

While many may state that the stickers were merely someone exercising their freedom of speech, the threatening messages carried by the flag and term “Armed Infidel” affected my ability just to live. It is a sad commentary on the status of the freedoms of people who dare to exist outside of finite parameters of Christian hegemony and deluded White supremacy – the race and religion of the stickers’ owner notwithstanding. 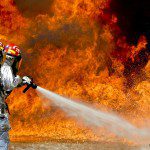 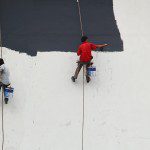 April 23, 2017 Muslims, Say No to Events Erasing Black Muslims
Recent Comments
0 | Leave a Comment
Browse Our Archives
get the latest from
NbA Muslims
Sign up for our newsletter
POPULAR AT PATHEOS Muslim
1 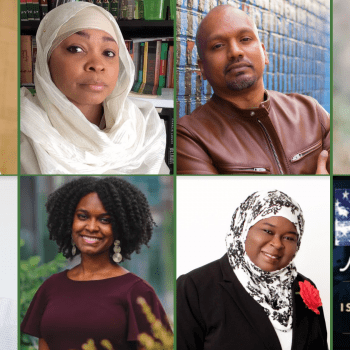 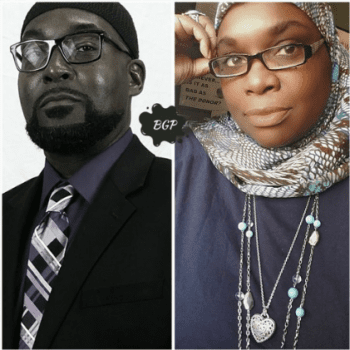