During her historic swearing-in ceremony on Monday, PA state representative, Movita Johnson-Harell became the target of a radical Christian rhetoric by Rep. Stephanie Borowicz during an invocation.

In her prayer, Borowicz constantly invoked the name “Jesus,” and praised Donald Trump and his support for the state of Israel.

Johnson-Harrell, an African American Muslim woman, said the invocation was, “a political radical statement masked as a prayer. It was offensive to me and my family and my visitors that came down here for a joyous day. We were looking forward to me being sworn in not just as the state representative for the 190th district but also as the first hijabi woman, the first Muslim woman to serve in the PA legislature.”

Honestly, I was confused about what was happening. I was at first overwhelmed with emotion, and so very proud to stand with Representative Movita Johnson Harrell as she made history by being sworn into office as the very first Muslim woman elected to the Pennsylvania House of Representatives.

When the invocation happened, I watched this woman give this almost belligerent rant, which was very anti-Muslim and pro-Trump, and I felt personally disrespected. I also felt bad that Movita’s historical moment was interrupted by such blatant Islamophobia, but this is the reason why we all worked so hard to get Movita elected. She is the change that is necessary and she represents the need for inclusion and acceptance in the Commonwealth of Pennsylvania and in our Nation.

Suswell noted how Borowicz’s use of Jesus’s name was directly offensive.

“Borowicz’s words were offensive because she used Christianity as a weapon to insult Rep. Movita Johnson Harrell and make her and her guests uncomfortable. On the day that the state swore in its first Muslim woman Representative, the evangelical “prayer” was proof of the Islamophobia and hatred that is rampant among members of the PA Republican party. It was a shameful publicity stunt.

Jesus is a beloved prophet for Muslims and to hear his name being praised in the same sentence as a womanizer like Trump’s was awful and quite frankly cringe-worthy.”

“Borowicz’s behavior must be addressed, and she should be censured. She should also offer a public apology to Representative Movita Johnson Harrell. This kind of disrespect will not be tolerated by any means.”

In support of Rep. Johnson-Harrell, we must speak out against Islamophobia and continue to stand in support of our representative and other Muslim American elected officials. We must send a clear message that Rep. Johnson-Harrell is supported by a large community; we believe in her ability as a legislator; we appreciate her bravery, and as Muslim American citizens, we demand fairness and respect.

On what should have been a historic day, as the Pennsylvania House of Representatives swore in the first Muslim woman to the Legislature, Representative Movita Johnson-Harell was instead met with divisive and disturbing actions. It was unworthy of the Pennsylvania General Assembly, one of the oldest deliberative bodies in the world founded on religious freedom. It was a missed opportunity to unify us in an increasingly hostile environment fraught with Islamophobia, racism, anti-antisemitism, homophobia and xenophobia.

This is compounded by the recent horrific execution of 50 Muslim worshipers in New Zealand. This is a sober reminder that while we have progressed as a Commonwealth, home to founders and supporters of religious liberty like Benjamin Franklin and William Penn, we still have work to do. 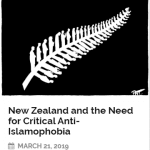 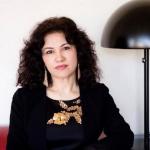 May 8, 2019 APAH Month - Rushan Abbas Raises Awareness about Uyghur Oppression
Recent Comments
0 | Leave a Comment
Browse Our Archives
get the latest from
NbA Muslims
Sign up for our newsletter
POPULAR AT PATHEOS Muslim
1