Whether it’s something humorous you want to say from the pulpit, a joke you want to tell to your friends, or a stand-up comedy act, it can get you in trouble. As our culture changes, sensitivities change. Humor can always be taken the wrong way. Is this why the words “Jesus smiled,” and “God smiled” are not in the Bible?

I write humor, among other things. I love to exaggerate the differences between men and women, but that’s not very acceptable today. In fact, I disliked the TV programs Everyone Loves Raymond, and Tim the Toolman, because it made it seem as if every man is stupid and insensitive. Only nine in ten of us are. (See what I did there, I exaggerated and didn’t say men aren’t “stupid.”) Most men are or can be very smart and sensitive. Stupid and insensitive is a useless and offensive stereotype.

I disliked the Rodney Dangerfield type humor of insulting people, and the “roast” ceremonies in which people were unceremoniously jibed for their failings. That was never funny to me. But that’s me.

In 2010 myself and other writers wrote the one-hour TV program, STL Comedy, an SNL type program with nine different types of humor. Some of that humor would not play well today because of sensitivities. We had a sketch about there being no black superheroes. Now there are. But I joked that I was the most successful producer in St. Louis because I lost less money than anyone.

I found it difficult to understand why Native Americans would not want sports leagues named after them. I thought it was a tribute to them. Nope. Sometimes I’m insensitive even though I highly value Native Americans and our heritage from them. I want to pay them tribute. But I get in my own way.

Humor can be meanspirited, as in laughing at people. Making fun of their disabilities, cutting them down and making their perceived status less than others, are mean ways of poking them. This is never okay. We are all equal human beings. No one is less than ….

Today in our divided nation we see endless memes poking fun at the other side. They’re often mean to be hurtful and polarizing. They stop people from actually discussing things to get understanding of the other person’s point of view. They are usually extreme exaggerations, or mock the extremes that don’t represent most people. They need to stop.

What is humor about?

Humor can be about a lot of things, but most often it’s about the unexpected. Unexpected means that it isn’t the norm. Many people don’t get that humor is generally grounded in the norm and the punch line is not the norm. We like and appreciate other people and don’t think they are stereotyped by flaws, so mentioning a flaw is the unexpected punchline.

Humor often tags things that we’re embarrassed about or uneasy with. But it isn’t presented in a hurtful way. I would never intentionally hurt anyone with my comments, humorous or not. It isn’t appropriate. The wonderful thing about humor is that you can often deal with sensitive topics in a way that’s disarming and makes it palatable to discuss.

I was recently taken to school by my grandkids. I love them for it – I can’t make needed changes in any area of my life if I don’t know what is wrong. I purposely put books out for criticism, or have a play performed to find out what doesn’t work. My grandkids were incensed when I reposted what to me was a funny Red Skelton group of one-liners. They found it very insensitive to women. I listened to them and agreed. They are very wise people.

I’m very much like new generations in that I don’t accept the status quo. I have more in common with new generations than with my own. But I’m also removed from their state of mind because of differences in eras. And as a comedy writer, I understand comedy at a different level than them.

To Millennials and new generations, my generation failed them so is subject to attack. We are thought to not have helped with any of society’s ills. We’re considered inappropriate and against Cancel Culture, and deserving of being cancelled.

As my grandchildren point out, they also dislike cancel culture. It doesn’t make change, it simply takes away the voice of others, which can backfire.

Also realize that today’s generations won’t accept the hate of the past. They react immediately and intensely against it.

Cancel Culture is “the practice or tendency of engaging in mass canceling as a way of expressing disapproval and exerting social pressure.” – Meriam Webster.  “Cancel culture or call-out culture is a contemporary phrase used to refer to a form of ostracism in which someone is thrust out of social or professional circles – whether it be online, on social media, or in person. Those subject to this ostracism are said to have been “cancelled”” – Wikipedia

Making change is difficult and slow

This generation is correct in their assumption about older generations. We didn’t do enough about things like climate change and racial injustice.

What we did do was march for women’s rights, march for racial equality, and march against war. These were major issues on which we made significant process. At Kent State peaceful protestors against war were shot. In marches and protests they were frequently arrested. In racial justice marches people were beaten and thrown in jail. We weren’t appreciated. (Truth in advertising: I supported these causes but never actually marched.)

We had some successes. Women have steadily gained rights and equality but we still have a way to go. We still have a lot to do on black and other racial and ethnic issues. And on war, after the Vietnam War ended, there was no military conflict that included the US for decades, and even joining the military service was frowned on. (I’m a Navy veteran, Vietnam era – Go Navy.)

It’s easy to stereotype my generation and cancel it. Society changes very slowly despite the intense efforts of some to change it. While my grandkids are aware of this, they rightly think they should gently correct adults. Yet they know most adults think all correction should go the other way.

Make change and be sensitive to others’ feelings

I’m a proponent of change for the better, a change-maker, and try to help others understand how to make change.  I can’t support injustice and we can always find a way to fix it if we have the will.

As our daughter points out, yes we do need to be more sensitive to sensitivity issues. We shouldn’t be yelling and screaming about cancel culture. The fact is, none of us should be wanting to hurt other people and we should be more sensitive to other’s feelings, especially when joking. But we have to recognize limits – we can’t as a nation become sensitive to every individual’s feelings. Only as individuals can we do that as we become aware of their special situations.

We also need to be more sensitive to older generations who never intended to hurt anyone with “Blonde jokes,” or cartoon women who called their drinking husbands “insects” in an old Sunday comic. Neither was there intent in the old song that included the line, “Momma get the hammer, there’s a fly on baby’s head.” I can hear my grandchildren laughing now. Those funnies are based in what is normal and then jolt people with unexpected exceptions to the norm. We need to understand that the exceptions weren’t the norm.

While people need to be more tolerant of humor, we all need to recognize that humor has its limits. As my grandchildren rightly point out, the haters are encouraged by humor that demeans others. We can’t just skirt around issues saying we meant nothing by them.

My grandkids sometimes call me butthead. I sometimes call them butthead. We’re okay with that. We know we’re teasing and not serious. We don’t literally think that the other has a butt for their head or are stupid, stubborn, or a disgrace, even if my wife thinks I am. See, self-deprecating humor is funny. It’s the spirit in which it is given.

If you don’t get it, you’re probably not going to. We seem to have no sense of humor anymore about many things. But don’t worry about it, we all need to just lighten up. We’ll do everyone a favor if we do.

As my grandchildren point out, it’s okay to be confused. Just try to understand and try not to hurt others.

A week after writing this, Chris Rock and Will Smith gave a perfect true-life demonstration at the Academy Awards. Will Smith Smacks Chris Rock on Oscar Stage After Jada Pinkett Smith Joke https://variety.com/2022/film/news/will-smith-smacks-chris-rock-oscars-1235216387/ 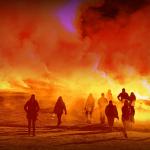 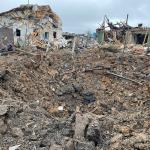 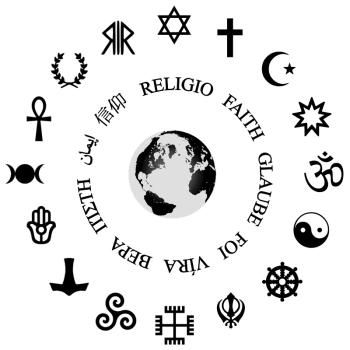 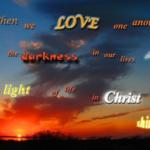 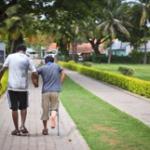