3 Haunting Questions To Shake Your Evangelistic Complacency May 7, 2018 Josh Daffern

Three questions have haunted me over the past week as I prepared a sermon for my congregation from Luke 15, and like any good preacher I wanted to share my pain with my congregation. The most famous story Jesus ever told (the story of the Prodigal Son) was touched off by the controversy of tax collectors and sinners gathering around Jesus (Luke 15:1-2). The controversy was that Jesus didn’t seem to have a problem with these sinners gathering around him. He was welcoming people that the good church folks of the day had already decided to judge.

Jesus’ response was to tell three stories: the lost sheep, the lost coin, and the lost (or prodigal) son. Each of these stories changed the labels we use on those not like us, those on the outside. Instead of seeing those on the outside as sinners in need of judgment, God sees them as lost in need of rescuing, which led to those three haunting questions. Here they are, as I continue myself to wrestle with the implications of Jesus’ teaching in Luke 15:

2. Do we truly see people as valuable, or do we see them as object orbiting around our own happiness? Do people have intrinsic value simply because they breathe and have a soul, or does their worth to us increase or decrease based on what we feel they can do for us? If we’re honest, we all struggle with the gravitational pull of our own selfish tendencies, which puts our own happiness as the center of our universe, making the people around us mere objects, to be embraced if they can increase our happiness and discarded if we decide they can’t. If we see other people as valuable only if they can do something for us, then we’re not seeing them the way our Heavenly Father sees them.

3. Do we really think lost people are going to hell, and do we really think that hell is as bad as the Bible says it is? Do we allow ourselves to dwell on the reality and pain of hell long enough for it to spur us into action? Do we secretly hope that at the end of the world God hands out free tickets to heaven like participation trophies, where everyone wins just by showing up? If we’re not motivated to do everything within our power to reach the lost for Jesus, then maybe we need to revisit the reality and everlasting pain of hell. Truly reflecting on what Jesus teaches about hell should scare the hell out of us (pun intended) and spur us into doing whatever it takes to make sure that those we love never go there. 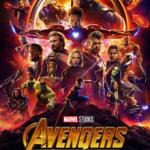 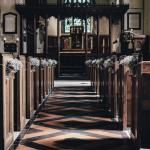 May 10, 2018 6 Traditions Handed Down to Us That Need to Be Changed
Recent Comments
0 | Leave a Comment
Browse Our Archives
get the latest from
Evangelical
Sign up for our newsletter
POPULAR AT PATHEOS Evangelical
1