Avengers: Infinity War is debuting to the largest box office movie opening in history for a reason. This movie didn’t back its way into a winning formula or surprise the world with such a strong opening weekend. This movie (and the entire Marvel Cinematic Universe) follows some pretty defined principles that any communicator or story teller should pay attention to. As a pastor by trade and training, my eyes immediately look to universal truths that preachers can learn from grand stories such as Avengers: Infinity War. Here are three ways that today’s sermons need to be more like Avengers: Infinity War:

1. Help people care about the context/characters first. People care about the movies in the Marvel Cinematic Universe because we’re invested in the characters. Nineteen different movies have come out before Avengers: Infinity War. That’s over forty hours of screen time invested in characters and context. Contrast that with the universally panned Justice League (from the DC Comics Extended Universe) where three of the main superheroes were introduced for the first time in that movie. With no context, there’s no emotional connection, no incentive for us to care about what happens. Avengers: Infinity War broke box office records because movie goers have spent the last decade emotionally attaching themselves to the characters. There’s no way we’re not going to see what happens next.

The reason so many listeners stay emotionally disengaged from sermons is because they haven’t been given a good reason to care about the subject at hand. Instead of jumping straight into the text or topic, give people a reason to care first. Give them context. Help them attach to the biblical characters. Build tension into your sermons and avoid the fatal mistake too many preachers make.

2. Craft a greater narrative. When our packed movie theater saw the credits begin to roll at the end of the movie, no one moved. We weren’t going anywhere. Why? Because we all knew that there would be an easter egg, one final post-credit scene that would give us a clue about what’s coming next. And that’s been one of the genius moves in this greater cacophony of movies: every movie is part of a greater narrative. Everything is tied together. Superheroes show up in other superheroes’ movies. At the end of each movie we’re given a sneak peak into the next installment.

For preachers today, that’s why preaching in series makes so much sense, because it helps each individual sermon (i.e. movie) connect to a greater narrative. A traditional method of preaching is to make each sermon stand alone, making each week a surprise for the listeners. But a more powerful tool to drive engagement is to craft a greater narrative, not just with a sermon series, but within each sermon itself. Drop easter eggs, give hints about upcoming weeks, finish each message with a specific reason they need to come back the next week. The Marvel movies have shown preachers how to build a dedicated audience over a decade by crafting a greater narrative.

3. Tap into universal themes. People love superheroes because we see ourselves in them. Not the superpowers, but the universal themes such as family, justice, friendship. Even Avengers: Infinity War is guided by Thanos’ misguided Messiah mission, something that hearkens to a universal theme we can identify with.

As a preacher, your job isn’t complete when you tell the story or even explain what each word in the text means. Your job is to help the listener connect with and identify with the universal truths lying within the texts of Scripture and see how these ancient truths apply to 21st century living. Universal themes lie throughout Scripture because Scripture is timeless. It’s simply up to us as communicators to help audiences make those powerful connections. 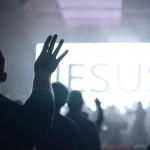 April 18, 2018
5 Modern Worship Songs That Will Speak Life Into Your Soul
Next Post 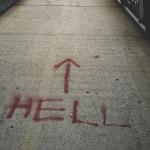 May 7, 2018 3 Haunting Questions To Shake Your Evangelistic Complacency
Recent Comments
0 | Leave a Comment
"I agree the Last Supper was a " drop the mic" event. It was completely ..."
Jim Why the Apostles Should Have Walked ..."
"Outsiders read Leviticus 24:15-17 where God commands the Israelites to stone anyone to death who ..."
Bob Seidensticker 7 Ways to Reach the ‘Nones’ ..."
"Thank you Josh for this blog. I try not to read all of Patheos Blogs ..."
Bob Peacock The One Thing Everyone Seems to ..."
"What is tradition to one may be worship to another. We are apt to judge ..."
the old scribe 10 Toxic Traditions That Are Killing ..."
Browse Our Archives
get the latest from
Evangelical
Sign up for our newsletter
POPULAR AT PATHEOS Evangelical
1