3 Major Ways the Church is Making it Hard for the Unchurched Trying to Find God July 5, 2018 Josh Daffern

In Acts 15 the early church had a major problem on its hands: a group of Pharisee Christians wanted to keep Christianity for the Jews. The Gentiles (non-Jews) that were pouring into this new faith were making everyone else a little uncomfortable. And in a landmark decision by the church at Jerusalem, James declared, “It is my judgment, therefore, that we should not make it difficult for the Gentiles who are turning to God” (Acts 15:19). That decision ensured that Christianity would rocket out of the first century, spreading to every corner of the planet and becoming a predominantly non-Jewish religion.

Twenty centuries later, the same tension exists, just with different sides. Instead of Jews vs. Gentiles, the sides have changed to churched vs. unchurched. There is a distinct (and ever decreasing) subculture of evangelical Christianity that has its own set of priorities, customs and culture. There isn’t anything necessarily wrong with this, because we are called to be set apart from the world. The problem comes when we so remove ourselves from the outside that no one else can get in. When we begin to build moats around our churches and burn the drawbridges, we are making it hard for the Gentiles, for those on the outside, for the unchurched who are ready to turn to God but they can’t seem to find a way in. Here are three problem areas where the church is doing more harm than good when it comes to genuinely reaching those outside the faith:

1. Politics. This is an easy one to start with because it is so painfully obvious. The election of Donald Trump as President only heightened the partisanship and political divide in our country, and Christians are not immune. Because of so many Christians’ vocal support of one political party (Republican) over the other, it has created a sense that you must first vote Republican before you can become a Christian. Democrats need not apply. This is a major stumbling block we have put before the unchurched that is making a political litmus test a seeming prerequisite for church involvement. We are making it hard for the unchurched who are searching for God.

2. Leaders in Sexual Sin. It seems like you can’t turn on the television without hearing about another church pastor or another denominational leader stepping down or being fired because of sexual immorality. In some extreme cases (like Willow Creek), it spills into the national press and gets nasty, ruining decades of goodwill and shattering the illusion that Christians hold themselves to a higher standard. Stacked on top of the Catholic church priest sexual abuse scandals of the past decade, it seems like the only time religion makes the front page is when a leader is outed as a sexual deviant. That does nothing but break trust with those who may be genuinely seeking God but disillusioned because of the sin of our church leaders.

3. Sunday Church. The way many churches do Sunday church is the most effective “Do Not Enter” sign we could ever hang at the front of our property. The misconception is that guests don’t come to church, and if they would simply come they would plug in and get connected. The truth is that guests come every week to our churches. It’s the way we’re doing church that is driving most of them away. If a family had an opportunity to go to a movie, an amusement park or a museum, it’s obvious that to most families, a museum visit would be the distant third choice. Churches should be places where kids are dragging their parents to go because they love it so much (like amusement parks). Sunday church should be captivating and engaging (like a good movie). Instead, many churches are like a museum, preserving a slice of religious life in the 1950s. From the way people dress to the music the church sings to the way the preachers preach, many churches seem more intent on preserving the way church was done in the “good ole days” as opposed to modernizing and attempting to reach its modern community. When churches refuse to modernize, we’re making it hard for the 21st century unchurched who are genuinely interested in seeking God. 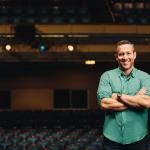 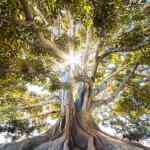 July 9, 2018 6 Rules for Church Growth (and Health)
Recent Comments
0 | Leave a Comment
Browse Our Archives
get the latest from
Evangelical
Sign up for our newsletter
POPULAR AT PATHEOS Evangelical
1