3 Things Christians Can Do This Week to Help Prevent the Next Mass Shooting August 5, 2019 Josh Daffern

Another week, another mass shooting. At the time of this blog post two mass shootings are grieving the nation: the mass shootings in El Paso, Texas and Dayton, Ohio. What follows has been almost formulaic: online outrage, expressions of sympathy, and calls to do everything from passing gun control legislation to tamping down on violent video games to ramping up mental health initiatives. Very quickly things go off the rails and the finger-pointing begins, leading Christian satire site Babylon Bee to have perhaps the most poignant thought on the issue: Study Shows Leading Cause of Gun Violence is Those You Disagree With Politically.

As a society, all of these debates are necessary to attempt to curb the scourge of gun violence. As Christians, we know there’s a deeper issue contributing to gun violence: sin. While politicians and government officials work to make our society as safe as possible, Christians have a responsibility to leverage the power and influence we have to prevent the next mass shooting. Here are three practical things Christians can do to prevent the petri dish of loneliness and hate in which rage-filled attacks can sprout:

1. Speak life into someone. People resort to violence when they see no hope, no justice, no resolution to their rage. When you take time out of your day to speak life into someone (not just text or email, but face-to-face life spoken into them), those words of hope are like a salve that can heal the wounds that drive many to violent action. Find someone you know, even if it’s someone on the periphery of your world, and intentionally speak a word of hope, a word of encouragement, a word of life into them.

3. Choose to fight for someone. Most Christians know somebody who’s on the down and out, who, if they suddenly went and did something crazy, you wouldn’t be completely surprised. Following Jesus calls you to be intentional, to step towards the mess, and fight for someone. Fight for someone who’s struggling with mental health issues. Choose to walk with someone through addiction. (If you’re looking for some video help that can walk you through 10 Steps to Freedom, you can watch the messages I created on this subject.)

Sadly, mass shootings will only continue because of the sin that is rampant in the world. But that doesn’t mean that Christians are helpless or are void of doing something. You can make a difference and help prevent another mass shooting by being intentional to speak life into someone, by bringing someone with you into community, and by choosing to fight for someone. 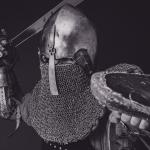 July 19, 2019
What If You Could Take the Mystery Out of Spiritual Warfare?
Next Post 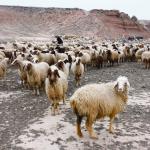 August 12, 2019 6 Reasons Christians Today are So Easily Led Astray
Recent Comments
0 | Leave a Comment
"I agree the Last Supper was a " drop the mic" event. It was completely ..."
Jim Why the Apostles Should Have Walked ..."
"Outsiders read Leviticus 24:15-17 where God commands the Israelites to stone anyone to death who ..."
Bob Seidensticker 7 Ways to Reach the ‘Nones’ ..."
"Thank you Josh for this blog. I try not to read all of Patheos Blogs ..."
Bob Peacock The One Thing Everyone Seems to ..."
"What is tradition to one may be worship to another. We are apt to judge ..."
the old scribe 10 Toxic Traditions That Are Killing ..."
Browse Our Archives
get the latest from
Evangelical
Sign up for our newsletter
POPULAR AT PATHEOS Evangelical
1