6 I am astonished that you are so quickly deserting the one who called you to live in the grace of Christ and are turning to a different gospel— 7 which is really no gospel at all. Evidently some people are throwing you into confusion and are trying to pervert the gospel of Christ. Galatians 1:6-7

Within months of the Apostle Paul leading the first century Christians in Galatia to Jesus and departing back to his home base of Antioch, he started hearing that these brand new Christians were starting to leave the faith and follow a different gospel. Now, before we look down our noses and start judging these churches in Galatia and assume it could never happen to us, let’s remember a few things. First, they had eyewitnesses to the resurrection of Jesus. They had people that would come through and testify to what they personally saw and experienced. The resurrection wasn’t something that happened 2000 years ago to them. For them, it was more like 15 years ago. Secondly, they didn’t have the writings of Paul: they had Paul himself! So, if they were susceptible to a different gospel, and they were led to Jesus by Paul himself, don’t think that we can’t be susceptible to a different gospel, one that is, in reality, no gospel at all. How they were led astray is the same way too many Christians are led astray today.

So what happened to the churches in Galatia? Well, Paul and Barnabas swept into these towns, turned the local synagogues upside down with their claims that Jesus was the Messiah. A few Jews and many more Gentiles believed in each city. And in each city, the Jews were successful in organizing enough resistance to Paul that they ran him out of town (Acts 13-14). Once they ran him out of town, they set to work trying to undo all the work he did leading people to Jesus, and they were starting to be successful, so much so that Paul wrote a letter to straighten everything out.

So why were the Jews in these cities so successful in diverting these Christians from the true gospel? For the same reasons Christians today are led astray so easily:

1. They had the Old Testament. They had Scripture, and they used Scripture as justification to lead people away from the gospel of Jesus. Scripture is authoritative but used incorrectly it can do incredible damage. How many times has Scripture been used to justify violence, racism, even killing?

2. They had tradition. Paul was the new kid on the block. The Jews had 1500 years of tradition to back them up. That’s a pretty convincing argument. Does tradition still create a stumbling block for Christians today?

3. They had numbers. The numbers of Christians were small compared to the Jewish communities. They outnumbered these new churches and used that numerical advantage to pressure these churches to conform. How often are churches pressured today to change our beliefs based on what the majority of Americans now think is acceptable?

4. They were there. Paul was out of sight, out of mind. The Jews in the city were right there in their ears, chirping away and actively working to lead them astray. Today, if we’re Christians that rarely if ever get in the Word of God or maybe attend church once a month, but we listen to hundreds of hours of worldly influence every month, should we be surprised when we’re led astray?

6. They offered avoidance of persecution. This was a big one for some. By this time groups of Christians already started to fall under persecution, and before the century was out the Roman Empire would intentionally try and eradicate Christianity. But Judaism was different. Judaism predated the beginning of the Roman Empire, so when all Roman citizens were forced to worship the Roman gods, a few groups got exemptions, and the Jews were one of them. As long as the Christians stayed under the umbrella of Judaism, they were exempt from persecution. On their own, they were subject to the full wrath of the same government that killed Jesus. The Jews used that to their advantage.

All six of these methods are still being used today to lead Christians astray, so be wary! 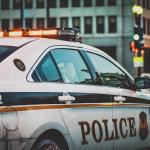 August 5, 2019
3 Things Christians Can Do This Week to Help Prevent the Next Mass Shooting
Next Post 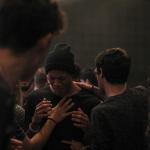 Are COVID-19 vaccines made from aborted...
Adrian Warnock
Related posts from New Wineskins