4 Myths About the Non-Believers Coming to Your Church

If you think everyone in your church is saved, then you’re making a serious miscalculation. Every week, non-believers darken the doors of our churches. But have we bought into myths about who they are and what they’re looking for? Here are four myths about the non-believers coming to your church.

Myth #1: They’re not coming. Many times we have tunnel vision on Sundays and only see our friends and family at church. But if you look in the periphery, you’ll find them. Many times they’re the ones who come in late because they didn’t know what time the service started. Many times they’ll intentionally sit in the back so they can bounce if things get weird. They’ll never identify themselves, but they’re there. If you aren’t intentionally looking for them, many times you’ll miss them. They’re coming because God is constantly working in the lives of even non-believers, drawing them to Himself.

Myth #3: A good argument will win non-believers into the kingdom of heaven. Since many non-believers have a false perception of God, it stands to reason that reasoning and arguments alone can fix the problem. But at the end of the day our problems are heart problems, and arguments don’t prick the human heart. Only love does. Arguments alone won’t convince a non-believer to step across the line of faith. Love can soften a human heart in a way that nothing else can. When a non-believer steps across the threshold of your church, does she experience genuine love and acceptance from your members? That will go just as far as the pastor’s sermon in helping her to believe.

Myth #4: They don’t want to be challenged or confronted with their sin. Many times we mistakenly think that if a non-believer comes to church, the last thing they want is to be challenged. So some churches put on the kid gloves and dance around sin, refusing to ‘go negative’ or confront people with the truth. If a non-believer comes to church, it’s typically because they intrinsically know that their (sinful) pattern of life isn’t working out for them. They come to church looking for a better way. They’re expecting to be confronted with their sin, and they chose to come anyways. If you want to reach non-believers you don’t have to avoid confronting people with their sin, you just have to learn how to do it without being a judgmental jerk. 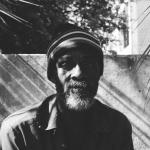 October 20, 2017
If You Want to Be Close to God, Stop Slapping His Kids in the Face
Next Post 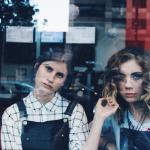 October 25, 2017 The Fatal Mistake Your Preacher May Be Making in His Sermon This Sunday
Recent Comments
0 | Leave a Comment
Browse Our Archives
Related posts from New Wineskins