5 Ground Rules When Discussing Creation vs Evolution May 28, 2019 Josh Daffern

In some circles the debate over our origins continues to drive a wedge between people, especially since the two sides (creation vs evolution) are irreconcilable: we either came from God or we didn’t. Just like professional sports teams can have a fair contest because the rules of the game are agreed upon beforehand, here are five ground rules when discussing (or debating) creation vs evolution:

GROUND RULE #1 – The Bible was not written as a scientific textbook. If the Bible doesn’t answer all of our scientific questions, that’s okay. The Bible is the written revelation of God’s interaction with man, culminating in the life, death, and resurrection of Jesus Christ. You don’t get upset with an art history book because it doesn’t talk about calculus. If the Bible doesn’t contain the answer to every scientific question ever asked, it’s because it wasn’t written as a scientific textbook.

GROUND RULE #2 – Everybody has a bias. I’m biased, you’re biased, if we can all agree that we have a bias, it will help us all out. Fox News can claim all it wants that it’s “fair and balanced,” just like CNN can claim it’s the “most trusted name in news,” but everyone has a bias. Many scientists claim that they’re not biased, that they’re just pursuing the facts. But the facts are incomplete because we don’t have a time machine like Bill & Ted’s Excellent Adventure. So what we have is an incomplete set of facts, and we have to fill in the gaps with our theories, which tend to follow our biases. Here’s a great quote about science:  “Paleontology (the study of fossils) is much like politics: passions run high, and it’s easy to draw very different conclusions from the same set of facts.” ~~ M. Lemonick, “Parenthood, dino-style,” Time Magazine, p. 48, January 8, 1996.

So, when you read all the “facts” that theoretically prove evolution, you’re reading the findings that seem to present the best case to prove what those scientists already believe. Everybody is biased.

Now, before we get to this next ground rule I want to set it up by humble bragging for a moment, but for a very specific reason. By God’s grace, school was never that hard for me. I graduated from high school with an average higher than 4.0, not sure exactly, maybe a 4.2 or something like that because of AP classes. Because of those AP classes, I was able to graduate from college with my bachelors and a double major in three years. I went on to get my Master’s degree and my Doctorate degree, and the running joke was that my wife was never quite sure I went to seminary because she never saw me doing homework. So, when it comes to academic credentials, I can throw down with the best of them, which is why I am qualified to make this next statement:

GROUND RULE #3 – A doctorate doesn’t necessarily make you the smartest person in the room.

I can tell you with certainty that my degrees do not make me the smartest person in the room, and more often than not scientists will try and bully you with their degrees. That college science professor will belittle Christians because they have the degrees, therefore they must be right and our faith must be wrong.

Don’t buy it. People with the most degrees sometimes are just the ones with the most ammunition for their confirmation bias. Take it from me, I’m literally a doctor, and people with doctorates are not automatically the smartest people in the room, so don’t let them intimidate you.

This is another big argument against creationism. Creationism is a theory that originated thousands of years ago, and we’re so advanced now, how can anything believe in anything that archaic? That makes the assumption that because we’re the latest generation, we must have it all figured out. Every generation thinks they’re right.

William Herschel was a scientist that lived in the 1700s and his innovations helped revolutionize telescope technology. He also argued that the sun’s surface is cold and fully inhabitable, populated by aliens who’s heads were acclimated to the large amount of sunshine. Edmond Halley, Halley’s comet, lived around same time, argued from the latest science available that the center of the earth was hollow, leading to Jules Verne Journey to the Center of the Earth. We think we’re right and have it all figured out. Every generation thinks so.

GROUND RULE #5 – Every position takes an element of faith.

Everything takes an element of faith. When you get in your car and turn on the ignition, you are taking a step of faith that the engine won’t blow up. When you get on an airplane, you have faith that a fully loaded average sized airplane of 175,000 will fly. When it comes to the beginning of time, none of us were there. All we have are theories. Evolution is a theory. I’m not offended if someone calls creation a theory. None of us were actually there.

Every position takes an element of faith. But, there’s a difference between faith and blind faith. Faith is jumping out of an airplane at 10,000 ft with a parachute strapped to your back assuming the parachute will work as designed. Blind faith is jumping out of an airplane with no parachute and hoping you’ll grow wings on the way down. You have to have faith to believe in creation, but everything takes faith, and I would argue that believing in creation is by no means blind faith. You do not have to check your brain at the door to believe in creation. 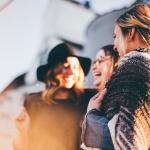 May 22, 2019
7 Ways to Make a Difference With Your Friends That Are on the Road to Hell
Next Post 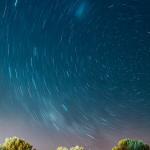 May 30, 2019 5 Reasons Why I Choose to Believe in Creation
Recent Comments
0 | Leave a Comment
"I agree the Last Supper was a " drop the mic" event. It was completely ..."
Jim Why the Apostles Should Have Walked ..."
"Outsiders read Leviticus 24:15-17 where God commands the Israelites to stone anyone to death who ..."
Bob Seidensticker 7 Ways to Reach the ‘Nones’ ..."
"Thank you Josh for this blog. I try not to read all of Patheos Blogs ..."
Bob Peacock The One Thing Everyone Seems to ..."
"What is tradition to one may be worship to another. We are apt to judge ..."
the old scribe 10 Toxic Traditions That Are Killing ..."
Browse Our Archives
get the latest from
Evangelical
Sign up for our newsletter
POPULAR AT PATHEOS Evangelical
1