5 Reasons Why I Choose to Believe in Creation

In a previous post I shared 5 Ground Rules When Discussing Creation vs Evolution. In this post I want to share five reasons why I choose to believe in creation:

1. Jesus believed it. Another way to put it would be because the Bible says it. If you believe in the Bible, then Genesis 1:1 is all you need. If you didn’t grow up religious or you have questions about the Bible, then you still need to wrestle with the fact that Jesus believed in Genesis. He quoted and alluded to it, and then Jesus went and prophesied his own death and resurrection and pulled it off. And when someone can do that, I go with whatever he says. Jesus regarded the Old Testament, including Genesis, as authoritative and divinely inspired, which is why we have the Old Testament in our Bibles today as authoritative and divinely inspired.

2. Complexity. This is a simple argument that I can make with my smartphone. I have an iPhone 8. I still remember when I heard the news that Apple was getting into the phone business, and I remember thinking, “why would they do that? All you do is talk. What is there to innovate?” Oh, how wrong we were. This iPhone 8 is a marvel of complexity. It can do things that would seem like wizardry to people 100 years ago. So, what if I said, “I was actually walking in the woods one day, out in the middle of nowhere, and I actually tripped over this phone. I believe that this iPhone was the result of a random explosion of molecules. All the right molecules happened to be in the right place at the right time, and this just magically appeared.” That doesn’t pass the smell test. It’s too complex. This iPhone was designed in California and manufactured in China. It had an intelligent designer.

Well, as complex as this iPhone is, it’s nothing compared to the indescribable complexity of our universe, how everything just fits together. It’s taken several thousand years of recorded human history and we’re still trying to figure things out. If you wouldn’t credibly believe that iPhone was the result of a random explosion of molecules, well then at least for me it strains credibility to argue that an infinitely more complex universe came from a random explosion of molecules. Complexity points to an Intelligent Designer. We call Him God.

4. Consciousness. Or how about this? There are so many other arguments, but this is a deal breaker for me. If we are nothing more than chemicals and molecules, then how do you rationally explain the fact that we can think rationally? With all of our modern scientific technology, we can look at a brain, we can tell you how much it weighs and what parts of your brain light up at certain times. But with all that, we still can’t tell what you are thinking right now.

5. I want purpose. This last reason is purely selfish and non-scientific, but for me it is still compelling. If we are one big cosmic accident, if there is no greater purpose to our existence than a random collision of molecules, then this is it. This is all there is. War, famine, disease, atrocities, heartache, death, that’s it. No redeeming story, no afterlife, just war, famine, murder, and then we die. How incredibly bleak! If we are the creation of an Almighty God, we may not fully understand the purpose behind it, but there is in fact a purpose. And if for no other scientific reason, I want creation to be right because I want purpose and I want my life and my struggle to count for something in the long run.

QUESTION: Why do you choose to believe in Creation? 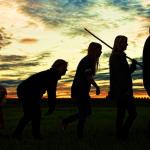 May 28, 2019
5 Ground Rules When Discussing Creation vs Evolution
Next Post 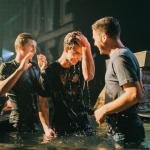 June 3, 2019 Evangelism is the Greatest Form of Discipleship
Recent Comments
0 | Leave a Comment
"We need Nasori scene again next chaps 😁😁😍😍dt.SWORDGIPHY.COM/Bo5235OA"
Chaosant This is the Moment for the ..."
"No ml oknow I'm fine with that instead let's just have a haremVa.9226C.US/q5235ZR"
KrazeKode 5 Important Tweaks to Make to ..."
"The first thought of the blood on the sofa was someone on their period but ..."
Gek 5 Good Things Coming Out of ..."
"already go down too deepSv.92187.ME/gA5235r"
Fuiren 6 Practical Ways to Share Your ..."
Browse Our Archives
Related posts from New Wineskins