The story of Christmas can become almost too familiar to us. Familiar to the point where we gloss over it and assume we truly know the story, when we don’t. When we take a fresh look at the Christmas story, there are several things that don’t make sense. Here are five of them:

1. Power came wrapped in humility. When Caesar Augustus declared a world wide census, it was the exertion of pure power. He was in charge of the known world, he wanted to collect taxes, so he declared a census. As great as that power was, it pales in comparison to God’s power, but when God came to earth he did not come to earth in power, but in humility.

Look at the obscureness of Israel, a backwoods Roman province. Jesus was born in a stable, not even dignifying his birth in a cheap motel room. And instead of a royal court to attend him, Jesus only had shepherds show up that night, the lowest rung on the socio-economic ladder. Power came wrapped in humility.

2. The very definition of royalty snuck into this world through a peasant. This was the time in history when Romans began to worship their emperors as gods. Caesar Augustus was smart enough not to declare himself a living god. He named Julius Caesar, his adoptive father, as a god, making him . . . the son of a god.

Contrast that with the actual son of God, who was not born in Rome or Alexandria or any number of power centers that would befit royalty. Instead, the son of God was born to an illiterate peasant girl without even a hint of power or royalty. It doesn’t make any sense. Instead of fanfare, the true son of God snuck into this world with barely a whisper.

When Jesus was born, the world wasn’t forced to worship him. Some did, like the shepherds and the wise men, while many, like Caesar Augustus and King Herod, chose not to. God doesn’t force us to worship Him, even though He could. Instead, he invites us to follow him.

Don’t walk past the beauty, the wonder, and ultimately the divine mystery of Christmas this season! 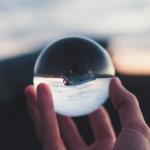 December 14, 2017
The Art of the Switch: One Tool That Can Revolutionize Your Preaching
Next Post 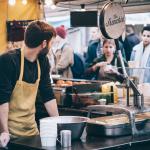 January 3, 2018 An Unspiritual* Reason Why Your Church Might Not Grow This Year
Recent Comments
0 | Leave a Comment
"poor ML , well don't worry our FL will make everything right again"
DragonOverlord 5 Ways COVID-19 is Refining My ..."
"We need Nasori scene again next chaps 😁😁😍😍dt.SWORDGIPHY.COM/Bo5235OA"
Chaosant This is the Moment for the ..."
"Rara I'll marry you instead, feel free to cry on my shoulders 🥺💕"
KrazeKode 5 Important Tweaks to Make to ..."
"When will these mess ever get cleaned?!!......I want peace now....levey-dovey"
Gek 5 Good Things Coming Out of ..."
Browse Our Archives
Related posts from New Wineskins