If you read the New Testament book of Galatians, you’ll see the Apostle Paul coming out strongly against the Judaizers of the first century who were trying to sidetrack new Christians into a justification by circumcision and the works of the Law. While no one would make the argument today that you have to become Jewish before you can become Christian, we still struggle with old covenant thinking. Here are six ways old covenant thinking still infects the church today:

1. Your behavior determines God’s acceptance of you. “We who are Jews by birth and not sinful Gentiles know that a person is not justified by the works of the law, but by faith in Jesus Christ. Galatians 2:15-16

If we ever teach that we have to behave in a certain way to be justified before God, we’re preaching a gospel of works, not of faith.

2. We exclude those who aren’t like us. For before certain men came from James, he used to eat with the Gentiles. But when they arrived, he began to draw back and separate himself from the Gentiles. Galatians 2:12

When we exclude those who don’t look, act or talk like us, that’s old covenant thinking. The new covenant through Jesus is the exact opposite. Here’s what Paul wrote: There is neither Jew nor Gentile, neither slave nor free, nor is there male and female, for you are all one in Christ Jesus. Galatians 3:28

3. Outward appearance is more important than inward intentions. Yet not even Titus, who was with me, was compelled to be circumcised, even though he was a Greek. Galatians 2:3

How you looked on the outside was more important than what was inside. Do we ever struggle with that at church? Where we’re more concerned with how we look on the outside than the condition of our hearts? That’s old covenant thinking.

4. Rituals are more important than compassion. Do you wish to be enslaved by them all over again? You are observing special days and months and seasons and years! Galatians 4:9-10

Old covenant is all about ritual. You have to do certain things in a certain way. When we’re more concerned with rituals than compassion towards others, we’ve slipped into old covenant thinking.

5. Inward rather than outward focus. Those people are zealous to win you over, but for no good. What they want is to alienate you from us, so that you may have zeal for them. Galatians 4:17

6. Christianity becomes a burden, not a blessing. This matter arose because some false believers had infiltrated our ranks to spy on the freedom we have in Christ Jesus and to make us slaves. Galatians 2:4 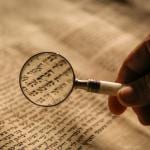 August 26, 2019
The Two Testaments in the Old Testament
Next Post 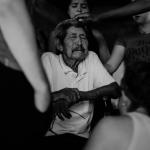 September 17, 2019 5 Actions of a Spirit-Led Church
Recent Comments
0 | Leave a Comment
"For Determinists this is one of their mysteries. If God is good and God determines ..."
indolawson Why Do Bad Things Happen to ..."
"Yeah, I've been to a few funerals and weddings and it's been basically the Methodists ..."
Nixon is Lord 10 Reasons Why People are Walking ..."
"Before you (anyone) attempt to defend one, some or all the millions of imaginary undetected ..."
rationalobservations? Before You Condemn the World, Ask ..."
"The video that you seem to have pointed to does not exist.Or maybe that was ..."
BertB Before You Condemn the World, Ask ..."
Browse Our Archives
get the latest from
Evangelical
Sign up for our newsletter
POPULAR AT PATHEOS Evangelical
1