The Two Testaments in the Old Testament

The Two Testaments in the Old Testament August 26, 2019 Josh Daffern

Most Christians look at the Old Testament as a monolith: a single block of Scriptural granite containing the Law of Moses and God’s covenant with the people of Israel. And that covenant (translated into Latin as testamentum, where we get our word testament from) does take up the vast majority of the Old Testament. But there is an older covenant, an older testament that predates the Law of Moses, and this original covenant plays incredible significance in our lives today as Christians. The apostle Paul expounds on this in Galatians 3-4.

These things are being taken figuratively: The women represent two covenants. Galatians 4:24

What is a covenant? That’s a term we don’t utilize that often, but we’re all familiar with the concept. A covenant is a contract between two parties. But it’s so much more than that. It’s more permanent. You have contracts with your cell phone provider, your internet provider. It details what services they will provide and what you’ll pay for them. If you want to, you can break a contract. You might pay a fee, but you can break it. Or it’s like a relationship between two people. One couple is dating, the other couple is married. You could look at both and say, they both are in a committed relationship with each other, but they’re not the same. There’s a deeper commitment for the married couple than the dating couple. That’s the difference between a contract and a covenant.

So also Abraham “believed God, and it was credited to him as righteousness.” Understand, then, that those who have faith are children of Abraham. Scripture foresaw that God would justify the Gentiles by faith, and announced the gospel in advance to Abraham: “All nations will be blessed through you.” So those who rely on faith are blessed along with Abraham, the man of faith. Galatians 3:6-9

Abraham lived 430 years before Moses, and God made a covenant with him, and Paul references here. In the Old Testaemnt this original coveantn is recorded in Genesis 15:6, before the Law of Moses given in Exodus 20, 430 years before Moses. The Bible records that Abraham trusted in God, he followed him by faith, and that faith made him right with God. This is incredibly significant.

The Jewish Christians in Galatia were arguing “you have to obey the Law, that’s the only way to be made right with God, that’s how it’s always been.” Paul was saying, “not so fast.” God justified Abraham 430 years before the Law. He justified him on account of his faith, not his obedience to the Law, because the Law wasn’t even created yet. And oh by the way, God made a promise, a covenant, that through Abraham all the nations of the earth would be blessed, not just the Jews, and oh by the way, Abraham himself was a Gentile. It was Abraham’s grandson, Jacob that would be renamed Israel and be the father of the Israelites. Jacob wasn’t born yet, so there were no Israelites.

So, to the Jews were kept harping on the old covenant that went back 1500 years, Paul went 430 years beyond that to the original covenant. Paul was born and raised Jewish, and he had incredible respect for the Law, but he knew its time had come and gone, because Jesus was the fulfillment of the promise God made through Abraham 2000 years previously. Thus there are two testaments (covenants) in the Old Testament: the old covenant given through Moses, and the original covenant given to Abraham.

Here are some other blog posts I’ve written about the Old Testament:

6 Signs You Might Be Attending an Old Testament Church

Andy Stanley Calls the Old Testament ‘Outdated and Obsolete,’ But It’s His Inspiration That Will Shock You 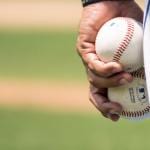 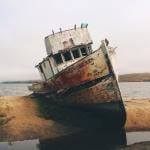 August 29, 2019 6 Ways Old Covenant Thinking Still Infects the Church Today
Recent Comments
0 | Leave a Comment
Browse Our Archives
get the latest from
Evangelical
Sign up for our newsletter
POPULAR AT PATHEOS Evangelical
1