7 Ways to Fight Biblically With Your Spouse

7 Ways to Fight Biblically With Your Spouse March 25, 2019 Josh Daffern

Even among Christian couples, fights are going to happen as long as you still struggle with your sin nature this side of heaven. So if you’re going to fight, you might as well fight fair. Pulling truth from Paul’s letter to the Ephesians, here are seven ways to fight biblically with your spouse:

1. Be honest about what you’re fighting about.

Therefore each of you must put off falsehood and speak truthfully to your neighbor, for we are all members of one body. Ephesians 4:25

Do couples ever fight and not even be honest about what you’re fighting about? All the time! Here’s how it looks: husbands, let’s say you’ve had a bad day at work, let’s say your boss is riding you hard and you’re having a serious crisis of confidence in your career. There’s a lot of anger and resentment built up, but you can’t let it out at work. So you have to let it out somewhere. So your wife does something that upsets you, and let’s say on a scale of 1-10, 10 being the worst, it’s honestly a 2 or 3. Not a big deal in the whole scheme of things. Well, what you can tend to do is displace all that anger at your boss towards your wife, and now that thing she did to upset you that was like a 2 or 3, you treat like it’s a 7 or 8. Now you’re blowing up, now she’s upset because you’re overreacting.

Or ladies, maybe you’ve had a bad day with the kids and you’re not feeling to great, your husband does something that’s a 3 or a 4 but you’ve got to let that anger out somewhere so you turn it into a 6 or a 7, now he’s freaked out because you just went off. Be honest about what you’re fighting about. If there’s an underlying issue that you’re upset about but you don’t want to bring it up so you take your anger on something else, you’re not being honest. That’s not fighting fair, and it can lead to anger and resentment. Be honest.

“In your anger do not sin”: Do not let the sun go down while you are still angry, and do not give the devil a foothold. Ephesians 4:26-27

I knew a couple once that couldn’t figure out a way to resolve a conflict. They would blow up, then they wouldn’t speak to each other for days or even weeks, then they would move on and pretend it never happened. Anyone want to guess whether they’re still married? If you don’t care of an issue quickly, it’s like an open wound that gets infected and spreads. A few weeks ago my family was walking around the visitors center of the Manassas Battlefield National Park, where among many other things they had Civil War medical equipment that they would use to amputate arms and legs. Because of unsanitary conditions, more soldiers died from infection from the amputation than the amputation itself.

When you don’t resolve matters quickly, the conflict can metastasize and stop being around an issue and start being around a person. It’s the language that moves from, “Sometimes you do selfish things” to “you’re a selfish person.” Now all that being said, you have to come to an agreement. In every relationship, there’s usually one person that wants to talk, talk, talk when an argument comes up and they want to resolve it right then, right there.

The other spouse typically withdraws and shuts down. Both are processing differently. One processes by talking things out and one needs to internalize, which doesn’t happen if the person who talks won’t stop talking. You need to meet somewhere in the middle. The Talker needs to give the Internalizer space to process the conflict in peace, but the Internalizer needs to come back and actually resolve the issue and not just sweep it under the rug. Take care of matters quickly. If you and your spouse have unresolved conflict that goes back further than a few days, that’s a beachhead that the enemy will use to try and destroy your marriage.

3. Be a giver in the relationship, not a taker.

Anyone who has been stealing must steal no longer, but must work, doing something useful with their own hands, that they may have something to share with those in need. Ephesians 4:28

There are lots of ways to steal from a relationship. If you want to fight biblically, be a giver in the relationship, not a taker.

4. Never tear down, only build up.

Do not let any unwholesome talk come out of your mouths, but only what is helpful for building others up according to their needs, that it may benefit those who listen. Ephesians 4:29

This one is simple: never tear down your spouse when you argue. That should change about 100% of your arguments. Most folks want to jump to this step, but for this to work, you’ve got to have the foundation of steps 1-3. Start at the beginning. How can you argue without tearing down your spouse? Well, if you can’t figure out how to do that, then you shouldn’t argue. When we get angry and we lose our temper, we say hurtful words that lodge themselves deep within our spouses. All of the words you regret saying were most likely words said in anger.

When we say hurtful things in anger, it’s like that Saints wide receiver getting blasted before he even touched the ball. It can wreck a marriage. If you have a track record of saying mean and hurtful things to your spouse, you need to ask God to work something in you to change that. Hurtful words can absolutely wreck marriages.

5. Remember that God is watching you.

And do not grieve the Holy Spirit of God, with whom you were sealed for the day of redemption. Ephesians 4:30

What if your in-laws were there, and they were watching how you treated their son or daughter? Would that change the way you behaved? I hope so! This verse should scare you a little bit. Before you tear down your spouse again, remember that he or she is a son or a daughter of the King, and one day you’re going to have to give an account to how you treated His child. So be careful!

6. Root out your own inner demons.

Get rid of all bitterness, rage and anger, brawling and slander, along with every form of malice. Ephesians 4:31

For your marriage to work long term and for your fights to be productive long term, you need to begin to unpack the junk that’s clogging up your life. If you don’t unpack your baggage, you’re going to keep dumping it on your spouse.

For those of you who aren’t married yet, that’s one of the biggest misconceptions that people have about marriage. A lot of times single folks will fall into this deception that all the junk you’ve got in your life right now, whether it’s financial issues, dysfunctional childhood, addictions or whatever, that you don’t really need to work on any of that stuff right now, because all you have to do is find “the One.”

“The One” is the perfect spouse, who is financially independent, came from a perfect childhood, has no emotional issues or past baggage, is perfectly healthy and put together and has all their stuff figured out so they can devote all their time to help you resolve all the stuff you haven’t resolved yet in your own life. The only problem is, your spouse is expecting for you to be that person for them!

Many times we place way too many expectations on our spouse because we expect them to be Jesus for us, to meet all of our hopes and dreams and fill that void in our life, and we’re crushed when they are messed up sinners just like us. So, let me go ahead and clear things up for you. I’ll introduce you to “the One,” his name is Jesus. Only he can fill that void, only he can forgive your sins and make you whole. As you resolve your own inner demons, your own issues, you’ll find that you’re dumping a lot less onto your spouse, which means your fights become much less frequent and a little more enjoyable.

Be kind and compassionate to one another, forgiving each other, just as in Christ God forgave you. Ephesians 4:32

That’s why Paul a few verses later will say that marriage is a picture of Christ’s love for us. News flash: your spouse will be a sinner until the day they die. And so will you. So forgive each other. 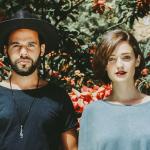 March 21, 2019
The Explosive Redefinition of Love in 1 Corinthians 13
Next Post 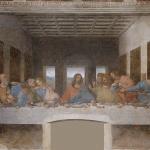 April 8, 2019 Why the Apostles Should Have Walked Out of the Last Supper
Recent Comments
0 | Leave a Comment
"True, but I was speaking to the "believers" there I guess. If you really believe ..."
2words1finger A Little Known Reason Why Judas ..."
"Human beings, including Judas, are not sock puppets on God's hand."
Randy Thompson A Little Known Reason Why Judas ..."
"I agree the Last Supper was a " drop the mic" event. It was completely ..."
Jim Why the Apostles Should Have Walked ..."
"Outsiders read Leviticus 24:15-17 where God commands the Israelites to stone anyone to death who ..."
Bob Seidensticker 7 Ways to Reach the ‘Nones’ ..."
Browse Our Archives
get the latest from
Evangelical
Sign up for our newsletter
POPULAR AT PATHEOS Evangelical
1