Why the Apostles Should Have Walked Out of the Last Supper

Why the Apostles Should Have Walked Out of the Last Supper April 8, 2019 Josh Daffern

As we approach the celebration of Easter, it’s worthwhile to pause dive a little deeper into the significant events that happened the night before Jesus’ death, in what’s commonly known as the Last Supper. What Jesus told his disciples was so audacious and so scandalous that they should have gotten up and walked out of the meal.

Then came the day of Unleavened Bread on which the Passover lamb had to be sacrificed. When the hour came, Jesus and his apostles reclined at the table. And he said to them, “I have eagerly desired to eat this Passover with you before I suffer. For I tell you, I will not eat it again until it finds fulfillment in the kingdom of God.” Luke 22:7, 14-16

Jesus eagerly desired to share Passover with his disciples before his death, not because it would be a fond memory together, but because he was about to change everything. He was about to introduce something brand new.

And Jesus took bread, gave thanks and broke it, and gave it to them, saying, “This is my body given for you; do this in remembrance of me.” Luke 22:19

When he took the bread and said “This is . . .”, they should have cut him off and said, “Jesus, we know what this bread represents.” The bread represented the unleavened bread the Israelites took with them when they escaped slavery in Egypt. These disciples had been to Sunday School. They knew the stories. The script hadn’t changed in 1500 years.

If I got up and said that, every church member should get up and leave the church because I would be a heretic. That’s not unlike what Jesus was saying to these orthodox Jewish disciples. Jesus was introducing something entirely brand new. But he wasn’t done yet.

In the same way, after the supper he took the cup, saying, “This cup is the new covenant in my blood, which is poured out for you. Luke 22:20

Jesus lets that first statement simmer for a while and after dinner the other shoe drops. He says, “This cup . . .” again, to which the disciples should have stopped him and said, “Jesus, we know what the cup represents, we’ve been celebrating it for 1500 years now, let’s not change the script.”

But before they could, Jesus finishes his statement and says, “This cup is the new covenant.” Now, we don’t really have context for what the word covenant meant to first century Jews, but it meant everything. Covenant was the agreement that God made with the Israelites on Mt Sinai when God gave the 10 Commandments. The covenant God made with Israel on Mt. Sinai had guided their relationship with God and the world for the last 1500 years, and now Jesus is saying that something brand new is coming.

The blood of animals were used to seal a covenant. But an animal wouldn’t spill its blood for this covenant. Jesus said this covenant would be sealed with his own blood. All the way back at the beginning of his ministry, when John the Baptist baptized Jesus at the Jordan River, John gave the crowds a preview of what Jesus was coming to do.

The next day John saw Jesus coming toward him and said, “Look, the Lamb of God, who takes away the sin of the world!” John 1:29 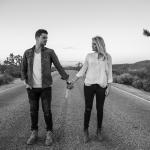 March 25, 2019
7 Ways to Fight Biblically With Your Spouse
Next Post 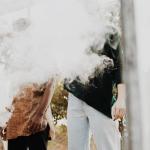 April 11, 2019 2 Bombshells Jesus Dropped at the Last Supper
Recent Comments
0 | Leave a Comment
Browse Our Archives
get the latest from
Evangelical
Sign up for our newsletter
POPULAR AT PATHEOS Evangelical
1