Are We Becoming Modern-Day Pharisees?

Are we becoming the very people Jesus came to rebel against? This question has haunted me for the past several weeks now. When you look past the surface of the constant confrontations between Jesus and the religious leaders of his day, you can begin to see some uncomfortable similarities, not between Jesus and Christians today, but between the religious leaders in Jesus’ day and Christians today.

Take the party at Matthew’s house (Matthew 9:9-13) for instance, when the religious leaders protested that Jesus was hanging around tax collectors and ‘sinners.’ Are Christians today more like Jesus, constantly hanging around the dregs of society, or are we more like the religious leaders, building a moat around our churches to keep the undesirables out? (Not a physical moat, obviously, but by the language we use, the style of music or preaching or the way we interact with each other, are we broadcasting our intention that church is for insiders only?) Are we excluding the people God has called us to embrace? Are we turning into modern-day Pharisees?

How about the protest the Pharisees made when Jesus and his disciples ate grain on the Sabbath (Mark 12:1-8). The Pharisees had turned the Sabbath from a blessing into a burden, piling on rule after rule until the Sabbath became the least restful day of the week. Have we turned the blessing of Christianity into a burden? Have we saddled the foundational transaction of salvation with other requirements necessary to be a Christian today? The early church dealt with a similar issue with the Pharisees in Acts 15 when they wrestled with the question: do you have to become Jewish before you become Christian? Today those questions might be: do you have to be a Republican to be a Christian? Do you have to believe every story in the Bible before you can become a Christian? Have we saddled the act of salvation with additional requirements? Are we becoming modern-day Pharisees?

Or how about when the Pharisees chastised Jesus for not ceremonially washing his hands when he left the market (Mark 7:1-8), something they didn’t even try to claim Scriptural precedent for, but was against the tradition of the elders? This high-minded tradition was a way to ceremonially wash the stink of the Gentiles off the sacred hands of the morally superior Jews. What non-biblically commanded traditions have replaced Scripture? Perhaps it’s the fact that we believe the myth that a church is a building and a location rather than the people. Or maybe it’s our tendency to allow denominations to trump what Scripture commands. Or perhaps it’s something as simple as making church prayers purely ceremonial rather than passionate and authentic. However you slice it, we’ve allowed traditions to supersede the commands of God.

Are we becoming the very people Jesus came to rebel against? Yes we are, and for that we must repent. 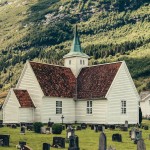 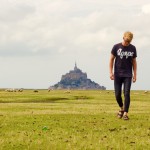 May 4, 2017 3 Ways We Unintentionally Exclude Those We're Called to Embrace
Recent Comments
0 | Leave a Comment
"My guess is that most of the "traditions" mentioned in this article are not very ..."
Gerald Arcuri 10 Toxic Traditions That Are Killing ..."
"I don't know Josh Daffern but I feel as if we have met many times. ..."
Glenn Harrell 10 Toxic Traditions That Are Killing ..."
"I would not say better, but a viable option. For some people, it may be ..."
Bob 9 Reasons Why Online Groups May ..."
"Thank God for the online mass and the services offered by Catholic and Christian churches. ..."
Peter Maxwell 5 Important Tweaks to Make to ..."
Browse Our Archives
Related posts from New Wineskins