Why Do You Have to Be a Republican to Be a Christian Today?

The goal of this blog is to create conversation, and I have a feeling this post is going to create one. Religion by its very nature is supposed to transcend politics. So at what point did the evangelical world seemingly reduce itself to a reliable voting bloc for one political party? My guess is that it’s the lingering effects of the Moral Majority movement championed by Jerry Falwell in the 1980s.

This particular post isn’t meant to debate the tenets or the platforms of the Republican or Democratic party. It’s simply to express a personal angst that we (as evangelicals) have allowed ourselves to be so identified with one particular political party that it seemingly makes us subservient to politics rather than transcend it.

In my last post (The Thing That Keeps Most Non-Religious People Away From Church and 3 Ways to Solve It), two poignant comments reminded me of this truth. One commenter wrote, “One should also note that Evangelicals in particular have also become completely ‘married’ to the Republican Party and essentially declared that one has to be a Republican to be a Christian. That turns off huge numbers of people, particularly young people.”

Another one wrote, “Another issue with non-this guys specific type of religion-people not going to church is that with over 80% correlation Evangelical = Republican. So if a None isn’t into the hardcore aspects of the Republican Party, as it currently stands in the US, adding Jesus as a cherry on the top isn’t going to make it more palatable.”

Once again, this post isn’t designed to debate the merits of the Republican, Democratic or any other political party. It’s merely to express angst about the fact that for all effects in purposes, we’ve allowed ourselves as evangelicals to be reduced to a reliable voting bloc for one political party. We’re better than this. We’re called to be better than this. We’re called to transcend politics.

P.S. This isn’t the first time I’ve written about Christianity and the Republican Party. Here are three other posts on the subject:

Church and the Republican Party

Am I the Only One Uneasy About the Evangelical Embrace of Trump?

The Religious Right Would Have Hated Jesus 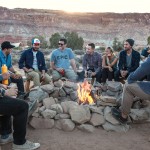 March 21, 2017
The Thing That Keeps Most Non-Religious People Away From Church and 3 Ways to Solve It
Next Post 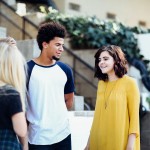