David Was Never the Underdog in David and Goliath

David said to the Philistine, “You come against me with sword and spear and javelin, but I come against you in the name of the Lord Almighty, the God of the armies of Israel, whom you have defied.

As the Philistine moved closer to attack him, David ran quickly toward the battle line to meet him. Reaching into his bag and taking out a stone, he slung it and struck the Philistine on the forehead. The stone sank into his forehead, and he fell facedown on the ground.

So David triumphed over the Philistine with a sling and a stone; without a sword in his hand he struck down the Philistine and killed him. 1 Samuel 17:45-50

Let’s go back and look at the story again.

First, let’s start with David. In ancient warfare, there were three types of warriors: there was heavy infantry, which was what Goliath was. They were highly skilled in hand-to-hand combat. Then there were cavalry, men on horses or chariots. The third type was artillery, back then known as slingers. We think of the slingshots that we played with as kids in the backyard. These slingers were different. Slingers would put a projectile into a leather pouch with two long chords, they would whirl the projectile around, let one chord go and hurl the projectile at the target.

Ancient slingers could turn their sling around at 6 or 7 revolutions per second, and when they released the projectile was moving incredibly fast, probably 35 meters per second, which is substantially faster than a fastball thrown by a Major League Baseball pitcher.

Add to that the fact that the stones in the Valley of Elah, where this battle was fought, were not normal stones. They were made of Barium Sulfate, which had twice the density. If you do the ballistics of the stopping power of this kind of rock at this kind of speed, it’s the same stopping power as if you fired a 45 caliber handgun.

Ancient slingers were also famously accurate from up to 200 yards away, and in ancient battles they were known to decimate heavy infantry. And guess what David probably did during all that time while he was watching sheep? Practicing his form.

If you remember one of the opening scenes of Indiana Jones where Harrison Ford is trying to get away and a large enemy wielding a sword stops him to fight? How does Indiana Jones get out of that? He shoots him. Goliath had the sword, David had the gun. Goliath brought a sword to a gunfight.

Now, let’s go over to Goliath. Goliath was 9’9’’ tall, which is huge. A scientific theory for Goliath is that he had a condition called acromegaly, which is a benign tumor on your pituitary gland. It keeps your body growing, even after it’s supposed to stop. Robert Wadlow, the tallest person in the world in the 1800s, grew to 8’11’’ and had acromegaly. If you knew the WWE wrestler Andre the Giant, who was 7’4’’, he had acromegaly. It’s not farfetched to think that Goliath had acromegaly. Why is that important? Because one of the known side effects of this condition is poor eyesight.

We see evidence of this in the story, when Goliath was led onto the battlefield by an attendant, like he was being led by the hand. Secondly, he commands David to come to him. Why? Because his eyesight is probably poor. Third, Goliath says, “Am I a dog, that you come at me with sticks?” Sticks? David had one staff in his hand, but Goliath saw at least two.

You put all that together, and you have a picture of an undeniably large giant standing on the field with poor eyesight and weighed down by 125 pounds of armor. For him to win, he needed another heavy infantry to come close and engage in hand-to-hand combat.

Instead, he got a slinger, who was quick and nimble, who would never come within striking range and could strike him at 200 yards away. Now all of his armor made him immobile and his incredible height made him that much more of a target. Goliath stood there like a sitting duck, and David knew it.

I would argue that this legendary story is in fact an underdog story, but the underdog was Goliath.

Now, it still took incredible bravery for David to go out there and fight, but when he stepped onto the field of battle, Goliath didn’t stand a chance.

Thank you Malcolm Gladwell and your book David & Goliath for your forensic research into this famous battle. 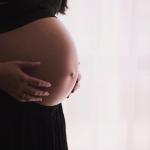 June 11, 2019
Jesus Speaks to the Personhood of the Unborn
Next Post 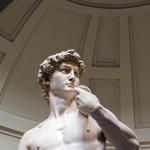 June 19, 2019 5 Powerful Lessons We Can Learn From David and Goliath
Recent Comments
0 | Leave a Comment
Browse Our Archives
Related posts from New Wineskins