Jesus Speaks to the Personhood of the Unborn

Jesus Speaks to the Personhood of the Unborn June 11, 2019 Josh Daffern

The embers of a long-smoldering debate over abortion, reproductive rights and protections for the unborn have recently been whipped back into a frenzy with the passage of several state laws that are on opposite ends of the spectrum (i.e. New York vs Alabama). While the debates will surely continue until the Supreme Court weighs in again, my hope and prayer is that our society stands at a moral point of reckoning just as we were with slavery in the 1860s and civil rights in the 1960s: we can no longer morally justify what has been socially accepted practice. Just as we outlawed slavery and discrimination based on race, my prayer is that we outlaw the killing of the unborn. As I’ve written previously, I have a personal stake in the matter because my first two sons are gifts from two birth mothers who chose life. Central to this whole debate is: when does a fetus become a person? Once that happens, the full protection of the law designed to shield our weakest and most vulnerable from harm should be in place. Is a baby a person from the moment of conception, the moment of viability outside of the womb, at the moment of birth, or somewhere in between?

This question has drastic moral and religious implications involved with it, so I believe it’s right to allow Jesus of Nazareth to speak into the issue himself. In John 16:21 Jesus is preparing his disciples for his impending death and the pain they will experience because of it. In the middle of this speech Jesus utilizes an illustration that has direct implications to the modern-day pro-life v pro-choice debate:

21 When a woman is giving birth, she has sorrow because her hour has come, but when she has delivered the baby, she no longer remembers the anguish, for joy that a human being has been born into the world. John 16:21 ESV

The Greek word Jesus used for “human being” is anthropos, which is a generic term for ‘person’ regardless of sex or gender, thus the translation of “human being” is accurate. The conjugation of the verb “has been born” does not lend itself at all to the idea that the baby was not a human being until the moment of birth. Instead it indicates that the birthing process brings a human being from inside to outside of the womb. When you put all this together, Jesus’ view on the personhood of the unborn is clear: they are human beings inside the womb. Critics would accurately note that Jesus never gave a specific moment when a fetus becomes a person, but when you combine Jesus’ words with Psalm 139:13, “For you formed my inward parts; you knitted me together in my mother’s womb,” a Psalm that Jesus knew and regarded as authoritative, then you see where the argument for the pro-life movement originates from the Christian perspective. Even from the moment of conception, when a fetus is not viable outside of the womb and is “being knitted together,” King David the psalmist intrinsically knew that God saw him as a person, “You knitted me.”

Jesus regarded the unborn as precious human beings, persons, entitled to the full rights and protections we would offer to all persons, and to harm persons (not fetuses, but persons) who cannot protect themselves is morally repugnant. Now, the church must do more than simply pass laws, we need to take away incentives and address the life situations which makes abortion so appealing. But make no mistake, in the mind of Jesus Christ, the unborn are persons and deserve the dignity and protection that any person outside of the womb would warrant. 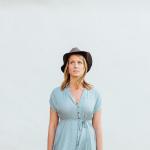 June 6, 2019
5 Practical Things Churches Can Do to Win People in Their 20s
Next Post 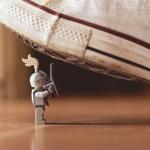 June 17, 2019 David Was Never the Underdog in David and Goliath
Recent Comments
0 | Leave a Comment
Browse Our Archives
get the latest from
Evangelical
Sign up for our newsletter
POPULAR AT PATHEOS Evangelical
1