Why I’m Forever Grateful Two Mothers Did Not Choose Abortion 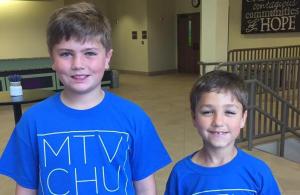 I live in a crazy, chaotic, busy home. My wife and I have four rambunctious kids (ages 4 to 11) that keep life filled to the brim. Many days four kids is tiring, but never are there days when I regret having so many. In fact, I’m forever grateful to my wife and to two other women, mothers who had unplanned pregnancies yet courageously chose to give life instead of take it away. Much has been made in the news of a state law passed in New York and proposed in my state of Virginia that allows late term abortions, even up to the moment of birth, long after the child would be viable outside of the womb. As an unapologetic pro-life Christian and pastor, it hurts my heart that so many advocate and celebrate the practice and expansion of abortion. But rather than simply shake my fist in moral outrage, I want to publicly thank two incredible mothers who courageously chose to give life.

My oldest two boys are adopted. They come from different biological mothers, different parts of the country, different life situations. Both of the mothers had options, options to terminate the pregnancy that likely seemed more convenient and expedient in the short-term. But I am forever grateful that they courageously chose to give life instead of take it away.

My oldest son is incredibly talented in so many ways, with both sports and academics coming naturally to him. He is a competitor and a high achiever, and he could easily attain a doctorate one day in a field of his choice. He has all the skills needed to make a powerful impact in the lives of others. He’s caring towards kids and will be an incredible dad one day. My oldest son is primed to make a difference in the world because his birth mother courageously chose to give him life, and for that I am eternally grateful.

My second son has the most sweet and caring heart for others that I have ever encountered. I know that God has divinely gifted him with an empathy towards others that will lift up the fallen and help heal the broken. Now, he’s as smart and athletically gifted as his older brother, but instead of driving competitiveness he has heart-felt compassion. It’s as if God uniquely designed and created this precious boy to show God’s love to everyone he encounters. I know without a doubt that my second son will make a difference in the world, and he has that opportunity because his birth mother courageously chose to give life instead of take it away.

Both of them are good older brothers to our youngest son and our only daughter. I could not imagine my life without my two adopted sons in my life, and I shudder to think at the emptiness in my life and in our world that would have happened if their birth mothers chose abortion. But they didn’t. They courageously chose to give life, and they have given my wife and myself the best two gifts we have ever received.

To all of the mothers who had unplanned or unwanted pregnancies yet still chose to courageously give life, thank you! Thank you for your gift to the world. May more mothers have the courage to follow in your footsteps. May more mothers choose to give life. 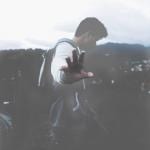 January 28, 2019
8 Myths That Need to Be Busted Before You Can Make a Difference
Next Post 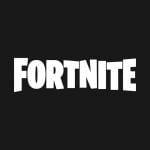 February 4, 2019 Fortnite Evangelism
Recent Comments
0 | Leave a Comment
"The fact that you would limit our practice of our beliefs to "outside the public ..."
NorrinRadd Pharaoh’s Dream and My Prophecy About ..."
"Christians who love and practice hating their enemies and opponents are demonic Christ-peddlers. America is ..."
ounbbl Pharaoh’s Dream and My Prophecy About ..."
"Modern Jews don't see Jesus in the Old Testament. The idea that Jesus is in ..."
Bob Seidensticker 5 Ground Rules When Studying the ..."
"I think the greatest difficulty experience by Christian people with the OT is felt by ..."
Christiane Smith 5 Ground Rules When Studying the ..."
Browse Our Archives
Follow Us! 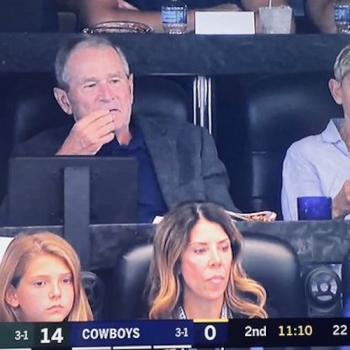 Evangelical
What the Evangelical Church Can Learn From Ellen...
New Wineskins
TRENDING AT PATHEOS Evangelical