Has “Irresistible” Cracked the Code to Reach the Nones?

Has “Irresistible” Cracked the Code to Reach the Nones? September 17, 2018 Josh Daffern

Last week I finished reading two profound pieces of information on the same day. In the morning I read an opinion piece online entitled “Young Christians are Leaving the Church – Here’s Why.” While the findings are disheartening to me as a pastor, they are not surprising. The tornado siren screeching a warning of impending disaster has been blaring for years in the evangelical world as the ‘Nones,’ those who self-identify with no religious affiliation, metastasizes at a cataclysmic rate. We know the church is hemorrhaging the next generation, but we’re not quite sure what to do about it. This isn’t just a problem about those that never grew up in church. This isn’t just a mainline church problem anymore. Southern Baptists (my denomination) thought we fixed those problems with the Conservative Resurgence and the election of Charles Stanley as the president of the Southern Baptist Convention in 1984. That slowed the bleeding for awhile, long enough for churches to think the problem had passed. But it’s undeniable today. The church is losing our own children, those raised in the faith, at a rate that is simply not sustainable.

Twenty-four years after the election that helped make Charles Stanley the face of a new day in the evangelical world, his son Andy Stanley steps forward to try and take the church into its next chapter. That was the second piece of profound information I finished last week. An hour before I read the disheartening statistics and state of the Nones, I finished a book that blazes a trail forward. Andy Stanley’s explosive new book Irresistible releases today, and it has the potential to be as disruptive to church as we know it as Martin Luther’s 95 Theses were when they were nailed to the door of Wittenburg Church hundreds of years ago.

For years I’ve heard the undeniable statistics about those growing up in the church who decided to walk away from the faith. I have heard the responding travail, despair, and calls to double down on what used to work years ago. Lately, it seems like the focus has shifted from trying to take any new ground for the kingdom to trying to desperately hold onto what little we have left. Irresistible changes the narrative of defeat and plots a clear path forward, not to merely preserve our shrinking voice in society but to regain those who have walked away from the faith and create a platform from which to legitimately interact with those who describe themselves as Nones.

Irresistible claims that the way we talk about ‘the Bible’ creates an unnecessary hurdle for those who can’t see the nuances between the old covenant of the Old Testament that we honor and hold as inspired (although we don’t live underneath that Law anymore) and the new covenant of Jesus. Many if not most of the issues Nones have with ‘the Bible’ concerns the practices, customs and laws as revealed in the Old Testament. The nuance between the two Testaments is lost on those on the outside, and many times how we talk about the two Testaments do little to clear up the confusion. They see one Bible with 66 books, all equally adhered to by Christians, even the laws in Leviticus that Christians have never adhered to. It’s not Jesus that most Nones have an issue with, it’s the messaging. It’s the way we talk about ‘the Bible,’ not the Bible itself.

For Christians that don’t see the big deal, it’s because we grew up on the inside. But think about the confusion that it would create if Americans put the Articles of Confederation (the binding document that preceded the Constitution) together with the Constitution and saidthey are both authoritative, even though we only live under the Constitution. It could get confusing to those on the outside. Or it would be like being married to your current spouse but still maintaining an intimate relationship with your ex-spouse or your ex-girlfriend or boyfriend. Things probably wouldn’t work out so well. The Old Testament makes sense to those of us on the inside (but Stanley makes a strong case that how we interact with it may in fact be dangerous), but to those on the outside, to the Nones, our messaging is creating an unnecessary hurdle to the gospel.

In a day of skepticism, relentless church scandals, evolution and the internet purveying multiple alternate theories on just about everything, how we talk about our faith becomes important, and for those genuinely interested in reaching those outside the faith (and to be honest, not all Christians are genuinely interested in reaching outside the walls of the church), Irresistible paints a picture of how to convey our faith to a new generation of the unchurched and dechurched, in much the same way Paul interacted with the intellectual skeptics of Athens in Acts 17.

Although some will be quick to erroneously conclude that Stanley is encouraging us to jettison the Old Testament, Irresistible in fact walks through a new way to interact with the old covenant, one that appears revolutionary but actually follows how Jesus and the New Testament authors interacted with the old covenant. If you gear up to wade through Irresistible, be prepared to walk through a systematic and thorough study of the New Testament. It is much more than one man’s opinions. If you want to refute his logic, you better know your Bible, and not just the cherry-picked verses we tend to quote out of context. For the first three hundred years of church history, there was no ‘the Bible’ as we currently refer to it. The documents all existed, but they weren’t bound together in one book and referred to as ‘the Bible’ until 300 years after Christ. In those first 300 years, the church with no ‘the Bible’ had its most explosive growth and transformed human history. We are today living in a society where ‘the Bible’ is not respected or held universally as authoritative. Like the first Christians, can we recapture what it was that propelled the early church to such heights?

There is so much more to discuss with this book, but here are a few of the groundbreaking topics discussed in Irresistible:

You may not agree with everything Andy Stanley says, but his book is worth your time because it sets forth a path on how to take new ground for the kingdom and reach a new generation of skeptics and Nones. Few books have had the audacity to suggest such bold changes, but we live in an age where anything less than bold changes will only accelerate the catastrophic exodus of those walking away from faith. When we get right down to it, much of what the Nones find resistible about Christianity are things we as Christians should be resisting ourselves. The church was once irresistible, and it can be so again!

Pick up a copy and let me know what you think. 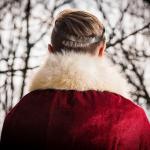 September 17, 2018
Burger King and Why We Aren't Experiencing Freedom
Next Post 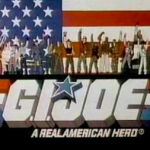 October 1, 2018 Now You Know, And Knowing is Half the Battle
Recent Comments
0 | Leave a Comment
"I agree the Last Supper was a " drop the mic" event. It was completely ..."
Jim Why the Apostles Should Have Walked ..."
"Outsiders read Leviticus 24:15-17 where God commands the Israelites to stone anyone to death who ..."
Bob Seidensticker 7 Ways to Reach the ‘Nones’ ..."
"Thank you Josh for this blog. I try not to read all of Patheos Blogs ..."
Bob Peacock The One Thing Everyone Seems to ..."
"What is tradition to one may be worship to another. We are apt to judge ..."
the old scribe 10 Toxic Traditions That Are Killing ..."
Browse Our Archives
get the latest from
Evangelical
Sign up for our newsletter
POPULAR AT PATHEOS Evangelical
1