Now You Know, And Knowing is Half the Battle

Now You Know, And Knowing is Half the Battle October 1, 2018 Josh Daffern 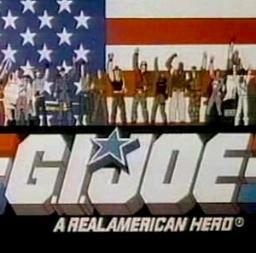 Any child of the 80s should recognize that catchphrase from the popular cartoon G.I. Joe. During its run G.I. Joe put out a number of public service announcements, always followed by the catchphrase, “Now you know, and knowing is half the battle.” This phrase applies not just to a child’s cartoon program, but to our personal freedom.

“December 7th, 1941 — a date which will live in infamy — the United States of America was suddenly and deliberately attacked by naval and air forces of the Empire of Japan.” These famous words were spoken by President Franklin Delano Roosevelt to describe a devastating surprise attack at Pearl Harbor in Hawaii. All eight U.S. battleships lined up in Pearl Harbor were damaged, four were sunk. Over 2400 Americans were killed in the attack and it was a devastating surprise attack against a country unaware. You cannot win the battle if you don’t know where the battle is being fought.

Several years later, the United States had learned their lesson and used the same element of surprise against Nazi Germany. For years Germany had controlled the European mainland and American forces were building up in England for over a year in what would be known as D-Day when they landed on the beaches of Normandy. The danger was, if the Germans had gained even a 48 hour notice of where the Allies were going to land, they would be able to concentrate their defenses with devastating effectiveness.

The success of D-Day was due in a large part to Operation Bodyguard, an elaborate ruse designed to mask the ultimate battleground from the Nazis. Several Nazi spies in Britain that had been turned by the British government fed false information to the Nazis. Allied forces intentionally talked on radio chatter that they knew was going to be picked up by the Nazis about cold weather, snow and ski bindings, causing Hitler to send a division of troops to Scandinavia a week before D-Day. They had actors that looked like famous Allied generals tour the Mediterranean, seemingly scouting out landing zones. The Allies manufactured hundreds of fake aircraft on different parts of Britain so that the Nazi reconnaissance aircraft would think they were launching to a different part of France. And so on. In the end, it worked. After the Allies landed on the beaches of Normandy, false information was fed to the Nazis that made them believe D-Day was a feint designed to distract from the main attack coming later, causing Hitler to delay sending reinforcements to defend D-Day for seven weeks, in which the Allies gained the toe hold they needed to retake Europe. You cannot win the battle if you don’t know where the battle is being fought.

Whether its addiction, a past you can’t get past or just a life that seems overwhelming in the present, most of us know someone or are someone that needs to be free from something. So where is primary battlefield for your freedom? If you don’t know where the battle is, how can you ever win it?

As I’ve gotten to know recovering addicts over the past several years, many times we’d talk about their previous stays in rehab, and many times the reaction was the same: they would laugh. They would laugh and say that certain rehabs were a joke, that they were useless, that they didn’t do anything to help them stay clean or sober because they never dealt with the underlying issues. They helped them get clean and sober for 30 days, but they never dealt with the issues that caused them to become an addict in the first place. So once they left that rehab, they went right back to where they were before. You cannot win a battle if you don’t know where the battle is being fought.

So: where is the primary battle for your freedom? Once you know that, you’re halfway to victory. The Apostle Paul writes that if we want to be transformed, we have to renew (or renovate) our minds.

Do not conform to the pattern of this world, but be transformed by the renewing of your mind. Then you will be able to test and approve what God’s will is—his good, pleasing and perfect will. Romans 12:2

Now you know, and knowing is half the battle. 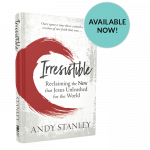 September 17, 2018
Has "Irresistible" Cracked the Code to Reach the Nones?
Next Post 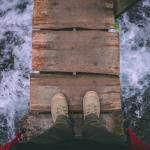 October 8, 2018 3 Hurdles That Keep Us From Forgiving Others
Recent Comments
0 | Leave a Comment
Browse Our Archives
get the latest from
Evangelical
Sign up for our newsletter
POPULAR AT PATHEOS Evangelical
1