“I’m Not a Christian But I Like Listening to You Preach” February 13, 2018 Josh Daffern

Those words were by far the biggest compliment I got this past weekend at my church and I would argue a mini-miracle in and of itself. This young man (late teens/early 20s) came up and told me that at the end of our services, “I’m not a Christian but I like listening to you preach.” From his dress and demeanor he definitely didn’t fit the typical goes-to-church-in-the-South mold, with the long hair, piercings and a dark gothic t-shirt. Even for a modern church like ours that’s a bit edgy. He freely admitted that he wasn’t a Christian and was anti-church because of the judgment he saw from Christians where he lived. Yet he drove three hours and was at our church Sunday. So how did this mini-miracle take place, not just to get him there but to lead him to the point where he’s paying a compliment to the preacher of a religion he doesn’t believe in? That’s a story that encapsulates why we do what we do as a church and why I preach the way that I preach.

The story for this young man and his compliment started with his mother. His mother came to our city to go through in treatment rehabilitation for women for drug and alcohol addiction. Our church has been intentional to partner with this rehab facility and the women are in our church every Sunday. This in and of itself is a miracle, because our folks love these recovering addicts and these addicts love our church. They experience love instead of rejection, hope instead of hopelessness, and truth to counter the lies that led them down their dark paths. This young man’s mom graduated from this rehab facility and decided to stay in our small town for a fresh start. She’s involved in a small group Bible study, she’s got some ladies pouring into her long-term and she was baptized last year. The mother was the key to all this. We don’t spend any money on advertising or billboards, and even if we did this young man would have rejected them out of hand because of his predisposition against Christianity. Family is the key. We helped his mom, and she was our walking advertisement. Transformation begets transformation. She’s experienced such a life change that she wants to bring those she loves to experience that same hope in Jesus.

Now, her adult son is prejudiced against Christianity so she’s been working on him for awhile. This past weekend she got him to drive three hours from where he lives to spend the weekend with her (not sure whether she sprung the church visit on him before or after he arrived for the weekend). When this young man showed up, his defenses were automatically up, ready to reject a church that he assumed was ready to reject him (because lost people aren’t concerned with helping your church grow). What he wasn’t expecting was greeters standing in our parking lot welcoming him before he even got into our building. He wasn’t expecting people holding the door open for him, people ready to get him some coffee that he could actually take into our sanctuary (which he did). He wasn’t expecting that people would actually talk to him and be friendly. The music was contemporary and modern. He didn’t know any of the songs but he knew all the instruments. At this point, there was most likely enough cognitive dissonance in him where he was at least open to what the preacher might have to say.

And in his own words, I won him over and won “brownie points” about three minutes into my message with a secret weapon that many preachers fail to properly utilize: humor. I made a passing reference to the 90’s hit movie The Wedding Singer with Adam Sandler, and it got a chuckle out of this young man. And for him, that was enough. Humor used properly and strategically disarmed him where he would listen to and engage with a preacher of a religion he didn’t believe in. Afterwards, his mom wanted him to meet me and we had the conversation that led to all this insight. He said he was heading back that afternoon to the other side of the state but that he liked our church (breaking the myths that people have about non-believers). I gave him our web address where we stream live every Sunday and invited him to watch us online, and he said he would try.

And for where he is in his spiritual journey (which on a scale of 1 to 10 would be about a -3), this was a miracle in and of itself. There’s a reason why our church is intentional to go overboard with our host team, why our music is modern, why my sermons interject humor and relevancy with biblical depth. This young man is at the beginning of a long journey, one that hopefully bring him back to God. And if you read Luke 15, you realize that reaching lost sheep like this man is at the center of God’s heart, not buildings, denominations, programs or traditions. There are tens of millions of lost sheep out there ready to be found, if we as the church are willing to do what it takes to find them. 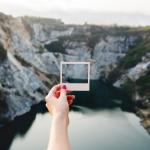 January 29, 2018
The Absolute Most Powerful Way to Cast Vision in Your Church
Next Post 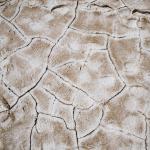 February 22, 2018 The Unpardonable Preaching Sin of Matthew 13:19 and How Not to Break It
Recent Comments
0 | Leave a Comment
Browse Our Archives
get the latest from
Evangelical
Sign up for our newsletter
POPULAR AT PATHEOS Evangelical
1

A Letter to Christian Parents about...
Anxious Bench
Related posts from New Wineskins