A Simple Reason Why Andy Stanley is Being So Misunderstood

One of the first and most important lessons I learned in seminary was the importance of context. Context is key. Without proper context, you can come to dangerous conclusions. I remember the old preacher story that told of a young man wanting to know God’s will, so he opened the Bible randomly and put his finger down on the first verse he saw: “So Judas went away and hanged himself” (Matthew 27:5). Obviously not content with that, the young man flipped through the Bible again and landed on the verse: “Go and do likewise” (Luke 10:37). Scripture without context makes no sense.

The same can be said of sermons. If you lift even the most famous speeches and put them in a different context, you get a much different meaning. How differently would we interpret Martin Luther King’s “I Have a Dream” speech if it was given at a psychic’s convention? How differently would we interpret Lou Gehrig’s famous speech “I consider myself the luckiest man in the world” if it was given before a group of starving children in Somalia? Once again, context is key.

Andy Stanley, successful pastor and author from the Atlanta area has been in hot water lately, with the blogosphere calling for his head over some statements he’s made in recent sermons (you can read about the first round of controversy here). In a December Christmas series, Andy once again fired up the peanut gallery and reignited questions about his orthodoxy. Now, it’s important to note: all of the calls of heresy are coming from people who weren’t there, who aren’t a part of his church, and most of whom don’t have any type of personal relationship with Andy. Most of the attackers have taken a few excerpts from a portion of one of his messages and pounced on them. So, we’re already beginning to break the rules of context when declaring Andy Stanley a heretic.

So why are Andy’s sermons being so quickly misunderstood? Because he’s speaking to an audience that most preachers never speak to. You have to factor in the context of Andy’s audience before you start shooting him from behind with friendly fire. I’m a preacher, and although my heart is very much for the lost, my primary audience on Sunday’s is believers. The same goes for the vast majority of preachers, including the ones accusing Andy Stanley of all sorts of heresy. When a seminary president accuses Andy Stanley of sliding down the slippery slope of liberalism, it’s because he sees a sermon that would never fly within the safe and antiseptic confines of a seminary campus. Yet Andy isn’t preaching within the context of a seminary. He’s not preaching to young eager pastors wanting to know the deeper truths of Scripture. Andy is preaching to an audience with a higher percentage of skeptics and non-believers than most churches will ever see. His audience isn’t yearning for the deeper truths of Scripture on a Sunday morning. Many of the skeptics don’t believe the Scriptures. They’re interested in whether or not Jesus truly did rise from the dead and whether or not he’s the Son of God. So Andy tailors his message to his audience. It’s one of the first rules of preaching, yet it’s the one that those of us accusing Andy of heresy have forgotten. But since most of us (including the ones accusing Andy of heresy) don’t preach to a sizable group of non-believers on a regular basis, his words seem foreign to us. It’s all about the context.

Look at Acts 17 when Paul preached to the unbelievers at Mars Hill. Go and read the text (Acts 17:16-34) and see how many times Paul references the Old Testament Scriptures when preaching to the intellectuals at Mars Hill. The only reference made is to a non-biblical Greek author. It seems incredibly light on Scriptural weight, especially compared to the other sermons recorded in Acts. But look at the context. Look at the audience. Paul reserved the right to factor in the audience to his sermons and didn’t approach every audience the same.

So let’s cut Andy some slack and take him at his word when he defends his belief in the orthodox views of Christianity. And remember, during the formative years of his life, while the rest of us were playing in youth group, Andy had a front row seat and watched his father (Dr. Charles Stanley, whom he loves and respects very much) fight for the inerrancy of Scripture in the 1980s. That has left a mark on Andy that will always be with him. The truth and value of Scripture is deeply personal for him.

And when you come across a statement that might seem jarring, let’s remember the context. The one statement that bloggers are lifting from his sermon on the Christmas story is this:

The subsequent headlines claim everything from heresy to theological liberalism to that his teachings aren’t all that different from Islam. I decided to jump back into the fray when a seminary student from the midwest used his blogging platform to declare that Andy must step down from ministry. Seriously? Let’s remember the fundamental rule about context.

Andy was speaking to a large group of non-believing skeptics (think Mars Hill, Acts 17). They’re coming in with a predisposed bent against the miraculous claims of Scripture. So at the top, Andy gives voice to their concerns as a way to build trust with a skeptical audience. If the bloggers that called for Andy’s head would have finished the entire three-part series, they would have heard that Andy makes a convincing case for the validity of the orthodox belief in the Christmas story. Surprise, surprise, he’s one of us.

So why do his statements seem so foreign? Because he’s speaking to an audience that most of us don’t encounter on a regular basis: genuine non-believers and skeptics. So when we read his words and say to ourselves, “I would never preach that in my church, or in my seminary, or in my Sunday School,” you’re right. But remember the audience Andy is preaching to, because it’s not like your church, or your seminary, or your Sunday School class.

Instead of shooting each other in the back, let’s practice the biblical principle found in Galatians 2:8-10, when Paul wrote that he and Peter came to an understanding: Paul would be the apostle to the Gentiles and Peter would be the apostle to the Jews. Both needed Jesus, but because of cultural differences they needed different approaches. The vast majority of pastors today could be classified as apostles to the Jews: called to minister and build up those already grounded in the faith. Andy is one of the few apostles to the Gentiles: called and gifted to minister to those genuinely outside the faith. Instead of crucifying him, let’s recognize the grace given to him and extend to him the right hand of fellowship (Galatians 2:9) and let him bring people to Jesus. 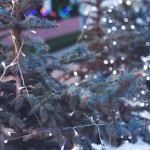 December 19, 2016
Why Does God Need a Birthday? (The Surprising Significance of December 25th)
Next Post 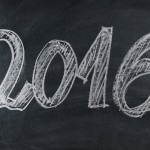