Why Does God Need a Birthday? (The Surprising Significance of December 25th)

Why Does God Need a Birthday? (The Surprising Significance of December 25th) December 19, 2016 Josh Daffern

It’s that time of year again, when we’ve launched full-fledged into the spirit of Christmas, which sounds noble but usually ends up being a gluttony of American consumerism. You’ve also got the upstart “War on Christmas,” which is fought from both sides. “Liberals” and “non-religious” argue that “Happy Holidays” is more politically correct and religiously sensitive than “Merry Christmas.” And then there’s the ultra-conservatives on the right, who argue that Christmas shouldn’t be celebrated at all because of its pagan origins. In short, the most celebrated holiday in our American calendar is ripe with controversy.

While no one (including myself) can solve all the controversies surrounding Christmas, I’d like to throw one theory into the melting pot of why Christmas is celebrated on December 25th. Here’s the classical December-25th-Is-Pagan argument, as exquisitely told by popular theologian and pastor John MacArthur:

The decision to celebrate Christmas on December 25 was made sometime during the fourth century by church bishops in Rome. They had a specific reason for doing so.

Having turned long ago from worshiping the one true God and creator of all things, many early cultures in the Roman empire had fallen into sun worship. Recognizing their dependence on the sun’s yearly course in the heavens, they held feasts around the winter solstice in December when the days are shortest. As part of their festivals, they built bonfires to give the sun god strength and bring him back to life again. When it became apparent that the days were growing longer, there would be great rejoicing.

The church leaders in Rome decided to celebrate Christ’s birth during the winter solstice in an attempt to Christianize these popular pagan celebrations. For the most part their efforts failed to make the people conform, and the heathen festivities continued. Today we find ourselves left with a bizarre marriage of pagan and Christian elements that characterizes our modern celebration of Christmas.

The link between the celebration of Christmas on the winter solstice in December and the ancient pagan celebration of Saturnalia at the same time is undeniable. What’s up for debate is the intention behind why the church leaders chose that holiday. MacArthur sees it as early proof of the corruption of the Roman Catholic Church. Coming from a strident evangelical Protestant background, that perspective is not surprising.

And while I believe there very well may have been some pagan influence and early syncretism by the early Catholic church leaders, another explanation with far less sinister implications might have been at play.

If you look back at some of the earliest church controversies, they did not surround predestination, homosexuality or women in ministry. The Bible in its final canonical form hadn’t been finalized yet so the inerrancy of Scripture wasn’t even up for discussion. And yet there was a major theological controversy surrounding the nature and divinity of Jesus. Because ancient Greek thought held that all matter was evil, it strained the capacities of many to think that Jesus could have actually come in the flesh and yet remained sinless. Docetism is an example of a theological heresy that denied the full humanity of Jesus in the first centuries of the church.

To combat these heresies, the Council at Nicea (325 AD) and the Council at Constantinople (381) reaffirmed the full divinity and humanity of Jesus, and that view still reigns today. We hold that Jesus was fully God and fully human. So how could the church popularize and spread this very orthodox view of Jesus? In the face of cultural opposition, how could they help people remember and celebrate the humanity (not just the divinity) of Jesus? Give God a birthday. What better way to emphasize the humanity of Jesus than to celebrate his human birth? Since the biblical accounts never specify a date for Jesus’ birth, that was up for grabs, which could very easily explain the attempt to co-opt (or some could say redeem) an already popular celebration and utilize it to point people to Jesus.

So yes, Christmas on December 25th has its origins in ancient pagan traditions, but it might not be as bad as you think. Whenever and however you celebrate the humanity of our Lord and Savior Jesus Christ, do so in a way that gives glory to God. 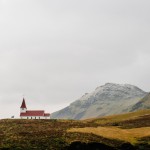 December 15, 2016
6 Types of Church Members That Will Destroy Your Church
Next Post 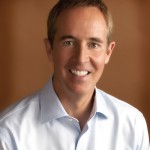 December 28, 2016 A Simple Reason Why Andy Stanley is Being So Misunderstood
Recent Comments
0 | Leave a Comment
Browse Our Archives
get the latest from
Evangelical
Sign up for our newsletter
POPULAR AT PATHEOS Evangelical
1