Unless you’ve lived under a rock for the past decade, you recognize that the number of Americans identifying as LGBTQ is increasing. In the last major Gallup poll conducted last May, a record 4.5% of Americans identified as LGBTQ. That would translate as 11 million Americans. The rapid growth is driven primarily by Millennials, as 8.2% of Millennials identify as LGBTQ, almost one in ten of the upcoming generation, the generation that by the way is walking away from the church in record numbers and also the generation that will shape the future of our country.

This used to be an issue that was theoretical, something that happened “out there.” Not so anymore. Most Christians know someone, love someone, maybe they’re related to someone who’s gay. One way or another, the church must figure out what our interaction should be.

And here’s the problem: we’ve already been given our two choices. When it comes to issues surrounding the LGBTQ movement or your gay neighbor, the world presents it as a multiple choice question with two options: Condone or condemn. And here’s the dirty little secret: either answer is fine with the world.

If you condone and unconditionally approve of homosexual behavior, then you’re having to do back-breaking gymnastics around the New Testament Scriptures that clearly state where Jesus stood on not just homosexual but heterosexual sexuality: one man, one woman, together for life. So, to condone homosexual behavior you would have to compromise or simply disregard the integrity of Scripture.

The other option is to condemn. Every time the issue comes up, you take a strong stand for truth, no matter who it offends, no matter what relational destruction it causes. This is still fine with the world because it can then paint you as an out-of-touch, narrow-minded and ultimately irrelevant homophobe who hates gay people. Many times this issue is used intentionally to force Christians to choose one of the two camps because either way they win: you either agree with the world’s definition of sexual morality or you sideline yourself and your influence with angry rhetoric.

But here’s the problem with the way this issue has been framed. And although I didn’t realize it at the time, I learned this my freshman year of college when I took a course on logic and how to properly argue an issue. What the world is offering us is technically known as a False Dichotomy. If you’re not up-to-date on your logical fallacies, let me give you a standard definition:

False Dichotomy: A situation in which two alternative points of view are presented as the only options, when others are available.

Now, if you’re a parent, you do this all the time. Let’s say your kid is sick and you have to take them to the ER and they don’t want a shot. So, you may ask them, “Which arm to you want your shot in? Your left arm or your right arm?” Well, there’s more than those two options, like no shot at all! But, you’re not presenting those other options to them.

When your child asks you for ice cream but they’ve already snacked, you come back at them with: “Would you rather have a sandwich or some carrots?” How about some ice cream? You don’t present that as an option. That’s a false dichotomy, and it can be useful to manipulate people to do what you want. Well, the world is desperately attempting to manipulate Christians with a false dichotomy on issues surrounding homosexuality, and either option is fine with them. But, when we choose one of the two camps, to either condone or condemn, we are breaking a very important teaching of Jesus.

In Matthew 10, Jesus sent his disciples out into the villages of Israel on their own. It was their first mission trip, and it was a minefield. In preparation, he gave them this timeless instruction:

“I am sending you out like sheep among wolves. Therefore be as shrewd as snakes and as innocent as doves.” Matthew 10:16 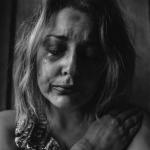 April 30, 2019
How the Apostle Peter Reconciled a Good God With Pain and Suffering
Next Post 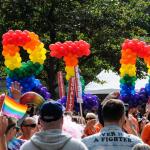 May 14, 2019 5 Biblically Loving Ways Christians Can Respond to the LGBTQ Movement
Recent Comments
0 | Leave a Comment
Browse Our Archives
get the latest from
Evangelical
Sign up for our newsletter
POPULAR AT PATHEOS Evangelical
1