The First Christmas Would Have Never Been Shown on the Hallmark Channel December 10, 2018 Josh Daffern

Tis the season for holiday cheer, Christmas joy, and festive memories that make this the happiest season of them all. Or at least, that’s what’s supposed to happen. The Hallmark Channel does the best job at capturing what the epitome of Christmas is designed to be in our culture: beautiful people with little to no real tragedies or crises to overcome where everything always works out in the end.

Yet there are three major dangers with swallowing whole this fantastical, almost mythical version of what Christmas is supposed to be. The first and most obvious danger is that Christmas isn’t about abstract ideas like love, joy and peace. We don’t celebrate the true meaning of Christmas when we all hug it out in the end. Christmas celebrates the birth of a child in the Middle East 2000 years ago, a child Christians believe to be the son of God.

The second danger in our modern fairytale version of the American Christmas is that it creates an unrealistic standard that few can live up to. We see nothing but joy and happiness ooze out of the Hallmark Channel, which looks nothing like the dysfunction and loneliness oozing out of ours. Promoting a false ideal of what Christmas is supposed to be about exacerbates the guilt many have because our lives aren’t as perfect as the ones we see on television.

The third danger in exclusively promoting the Hallmark version of Christmas is that the first Christmas would have never been shown on the Hallmark Channel. The people (Middle Eastern peasants) and sets (a dusty peasant village and a cave with a feeding trough) wouldn’t have been interesting or appealing enough. The scandal of an unexpected pregnancy and Joseph’s plan to divorce her wouldn’t be considered family friendly enough. And instead of finishing the story with the couple getting together and the lights fading slowly to black, you’d have a young couple and their newborn son fleeing the country as refugees as the local ruler commits mass murder to try and kill this newborn king. The first Christmas would definitely gotten an MA rating for modern television. 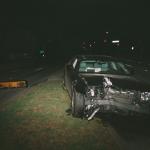 December 6, 2018
There's Got to Be a Better Method Than Hit-and-Run Evangelism
Next Post 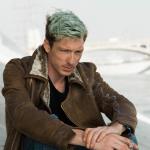 December 13, 2018 4 Steps to Keep Regret From Ruining Your Christmas
Recent Comments
0 | Leave a Comment
Browse Our Archives
get the latest from
Evangelical
Sign up for our newsletter
POPULAR AT PATHEOS Evangelical
1