Let’s say you were debating on whether or not to try and lose some weight. You hadn’t told anyone, but you weighed more than you wanted to and you knew that you probably needed something to do about it. At this point, what would be the best motivation to help you achieve your goals? What if someone you didn’t know came up to you in public and called you “fat” and “obese”? No relationship, no conversation, just judgment and condemnation. Would that be helpful at all? How about if someone screen grabbed one of your social media profile pics and started fat shaming you online? How motivating would that be?

What if they claimed their primary duty was to stand for the truth and boldly proclaim that truth, even if it was offensive? Sure, they would technically be in the right that you were overweight, but how motivating would that be to actually help you change? It really comes down to the ultimate goal: is it to always be right, or is it to actually see you lose weight? If it was to see you lose weight, then there’s got to be a better approach. Tough and honest conversations might be necessary to empower your life change, but wouldn’t those conversations be much better received in the context of an established relationship where trust and love were foundational?

We are living in a Christian culture where far too often the norm is to boldly judge and condemn those we’ve never met nor tried to build a relationship with, all in the name of “standing up for the truth.” Take the recent controversy over Christian singer Lauren Daigle’s refusal to wade into the issue of homosexuality. When it comes to hot button issues, people are herded into one of two extreme camps, with any attempt at finding a middle ground labeled as ‘collusion’ or ‘compromise.’ Especially concerning the divergent paths that modern American culture and the traditional Christian church have taken on homosexuality, Christians are placed in an especially tenuous position. Called to make disciples of all nations (Matthew 28:19-20) and to stand for biblical truth, the two can easily come into conflict.

One way through this conflict is what I call “Hit-and-Run Evangelism,” a horrendously ineffective method to try and win people to Jesus by shaming and judging them first. Seen especially in the culture wars and the issue of human sexuality, Hit-and-Run Evangelism consists of declaring judgment, condemnation and abomination on an entire subset of the American population from within the safety of their own Christian fortresses. Hit-and-Run Evangelists declare that they’re “standing up for the truth” and “defending the Bible,” figuring the best way to lead people to Jesus is to boldly declare how sinful they really are. While that might justify Hit-and-Run Evangelists in their own minds (and at the same time seem a little too close to something Jesus condemned), it’s a horrible method for evangelism.

Go back to that person who fat shames you and declares judgment on your overweight-ness from a safe distance. How motivating is that to actually help you change your life? Not at all! Hit-and-Run Evangelists want to check the box that they’ve done their Christian duty to share the gospel, but their primary concern isn’t the eternal destiny of those on the other side. Their primary concern is being right. The problem with that is, we don’t get credit for how many people we offend and push into Hell. The whole goal is to lead people to Jesus, so let’s be wise about our methods.

The practical effect of a Hit-and-Run Evangelist on those outside the faith is the same as if you noticed someone who had a hurt arm and you wanted to give them directions to the nearest hospital, so you decided to get in your car, proceed to hit them and run them over with your car to get them to stop, declare that they are hurt and yell directions to the nearest hospital as you speed away. You’re doing more harm than good, so please just stop.

If you need an outlet for all that righteous indignation, how about following the example of Jesus? Jesus didn’t turn over the tables in the Roman provincial offices or the nearest Roman bathhouse or brothel. He turned them over in the temple, a place of worship. Let’s hold ourselves accountable on the inside and love those on the outside. I promise you, love is a much better motivator for life change than condemnation is. 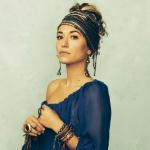 December 5, 2018
Lauren Daigle's Refusal to Answer on Homosexuality Resembles Something Jesus Did
Next Post 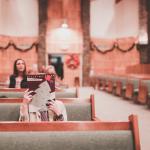 December 10, 2018 The First Christmas Would Have Never Been Shown on the Hallmark Channel
Recent Comments
0 | Leave a Comment
"We need Nasori scene again next chaps 😁😁😍😍dt.SWORDGIPHY.COM/Bo5235OA"
Chaosant This is the Moment for the ..."
"No ml oknow I'm fine with that instead let's just have a haremVa.9226C.US/q5235ZR"
KrazeKode 5 Important Tweaks to Make to ..."
"The first thought of the blood on the sofa was someone on their period but ..."
Gek 5 Good Things Coming Out of ..."
"already go down too deepSv.92187.ME/gA5235r"
Fuiren 6 Practical Ways to Share Your ..."
Browse Our Archives
Related posts from New Wineskins