Why the Church Should Have the Perfect Solution to Suicide (And Why It Doesn’t) June 8, 2018 Josh Daffern

My morning started off in an all-to-familiar way: reading about another celebrity suicide dominating the headlines. Suicides happen far too often and impacts people from all walks of life, but when it happens to a celebrity it begins to churn the national conversation.

When you stop and think about it, the church has the solution to two of the biggest contributing factors to suicide: isolation and despair. God told mankind literally at the beginning that it is not good for us to be alone (Genesis 2:18). When we’re isolated for too long dark thoughts and bad things tend to creep in. The church at its core is a community of people all devoted to the same person: Jesus Christ. Church is designed to be a spiritual family, a place of belonging, a place of healing, a place of restoration. When people feel alone, they should run straight to the church.

A second dominant factor in suicide is despair, when you feel that there is no hope and that the only escape is through taking your own life. Hope itself is at the foundation of our faith: hope in the resurrection, hope in forgiveness and salvation, hope in Jesus, hope in heaven. Christians ought to be the most hopeful people on this planet because of what Jesus has already done and what he promised that he would do one day soon. When people feel overwhelmed by despair, the church is designed to be a lighthouse of hope.

The church should have the perfect solution to suicide, but it doesn’t. Why? For two unfortunate reasons: we tend to build walls instead of building bridges and we tend to offer judgment instead of hope. In my own denomination (Southern Baptist Convention), our numbers are trickling downward like most other denominations for many reasons, but one of them is because we have a tendency to build walls instead of bridges around our churches. Take worship wars as an example. Over the past several decades, churches have struggled with modernizing their worship style, from one (traditional) that many grew up with but is unfamiliar to a new generation to one (contemporary) that is familiar to the next generation but is unfamiliar to the previous. The choice (with worship music) is between building walls or building bridges. Too many churches choose to build walls. The reason people don’t instinctively run to the church when they’re lonely is because deep down they don’t think they can get past the walls we’ve put up to ‘protect’ our way of life. These protective walls end up driving away the very people we’re supposed to be reaching.

And instead of hope, we too often offer judgment to the world. When you think of a stereotypical Christian’s outlook on American society it is one of doom and gloom, one of judgment. Instead of leaking hope everywhere we go, many times we leak pessimism and despair because culture is slipping away from biblical foundations, as if this world was truly our home, as if God wasn’t big enough to deal with all this, as if all of this somehow caught God by surprise. Instead of being the most positive, optimistic, hopeful people on the planet, we’re known more for what we’re against than what we’re for, we’re seen as judgmental rather than hopeful, creating no compelling reason for anyone contemplating suicide to run to the nearest church. Because the last thing that someone struggling with despair needs is more judgement and condemnation.

Suicide is tragic, but it can be prevented. If we begin to systematically attack the root issues of isolation and despair, we don’t have to wake up again to the news of another celebrity suicide. Church: the solution to suicide is within our very DNA if we can stop mucking it up and begin to be who we were created to be. 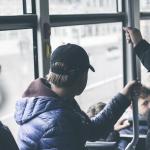 June 6, 2018
9 Questions to Help You Start Making Disciples
Next Post 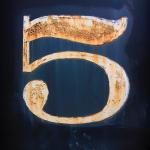