The government and media alliance advancing the transgender cause has gone into overdrive in recent weeks. On May 30, a U.S. Department of Health and Human Services review board ruled that Medicare can pay for the “reassignment” surgery sought by the transgendered—those who say that they don’t identify with their biological sex. Earlier last month Defense Secretary Chuck Hagel said that he was “open” to lifting a ban on transgender individuals serving in the military. Time magazine, seeing the trend, ran a cover story for its June 9 issue called “The Transgender Tipping Point: America’s next civil rights frontier.”

Yet policy makers and the media are doing no favors either to the public or the transgendered by treating their confusions as a right in need of defending rather than as a mental disorder that deserves understanding, treatment and prevention. This intensely felt sense of being transgendered constitutes a mental disorder in two respects. The first is that the idea of sex misalignment is simply mistaken—it does not correspond with physical reality. The second is that it can lead to grim psychological outcomes.

The transgendered suffer a disorder of “assumption” like those in other disorders familiar to psychiatrists. With the transgendered, the disordered assumption is that the individual differs from what seems given in nature—namely one’s maleness or femaleness. Other kinds of disordered assumptions are held by those who suffer from anorexia and bulimia nervosa, where the assumption that departs from physical reality is the belief by the dangerously thin that they are overweight. 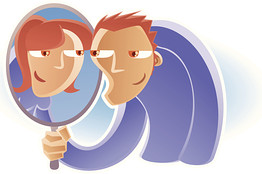 With body dysmorphic disorder, an often socially crippling condition, the individual is consumed by the assumption “I’m ugly.” These disorders occur in subjects who have come to believe that some of their psycho-social conflicts or problems will be resolved if they can change the way that they appear to others. Such ideas work like ruling passions in their subjects’ minds and tend to be accompanied by a solipsistic argument.

For the transgendered, this argument holds that one’s feeling of “gender” is a conscious, subjective sense that, being in one’s mind, cannot be questioned by others. The individual often seeks not just society’s tolerance of this “personal truth” but affirmation of it. Here rests the support for “transgender equality,” the demands for government payment for medical and surgical treatments, and for access to all sex-based public roles and privileges.

With this argument, advocates for the transgendered have persuaded several states—including California, New Jersey and Massachusetts—to pass laws barring psychiatrists, even with parental permission, from striving to restore natural gender feelings to a transgender minor. That government can intrude into parents’ rights to seek help in guiding their children indicates how powerful these advocates have become.

How to respond? Psychiatrists obviously must challenge the solipsistic concept that what is in the mind cannot be questioned. Disorders of consciousness, after all, represent psychiatry’s domain; declaring them off-limits would eliminate the field. Many will recall how, in the 1990s, an accusation of parental sex abuse of children was deemed unquestionable by the solipsists of the “recovered memory” craze.

You won’t hear it from those championing transgender equality, but controlled and follow-up studies reveal fundamental problems with this movement. When children who reported transgender feelings were tracked without medical or surgical treatment at both Vanderbilt University and London’s Portman Clinic, 70%-80% of them spontaneously lost those feelings. Some 25% did have persisting feelings; what differentiates those individuals remains to be discerned.

We at Johns Hopkins University—which in the 1960s was the first American medical center to venture into “sex-reassignment surgery”—launched a study in the 1970s comparing the outcomes of transgendered people who had the surgery with the outcomes of those who did not. Most of the surgically treated patients described themselves as “satisfied” by the results, but their subsequent psycho-social adjustments were no better than those who didn’t have the surgery. And so at Hopkins we stopped doing sex-reassignment surgery, since producing a “satisfied” but still troubled patient seemed an inadequate reason for surgically amputating normal organs.

It now appears that our long-ago decision was a wise one. A 2011 study at the Karolinska Institute in Sweden produced the most illuminating results yet regarding the transgendered, evidence that should give advocates pause. The long-term study—up to 30 years—followed 324 people who had sex-reassignment surgery. The study revealed that beginning about 10 years after having the surgery, the transgendered began to experience increasing mental difficulties. Most shockingly, their suicide mortality rose almost 20-fold above the comparable nontransgender population. This disturbing result has as yet no explanation but probably reflects the growing sense of isolation reported by the aging transgendered after surgery. The high suicide rate certainly challenges the surgery prescription.

There are subgroups of the transgendered, and for none does “reassignment” seem apt. One group includes male prisoners like Pvt. Bradley Manning, the convicted national-security leaker who now wishes to be called Chelsea. Facing long sentences and the rigors of a men’s prison, they have an obvious motive for wanting to change their sex and hence their prison. Given that they committed their crimes as males, they should be punished as such; after serving their time, they will be free to reconsider their gender.

Another subgroup consists of young men and women susceptible to suggestion from “everything is normal” sex education, amplified by Internet chat groups. These are the transgender subjects most like anorexia nervosa patients: They become persuaded that seeking a drastic physical change will banish their psycho-social problems. “Diversity” counselors in their schools, rather like cult leaders, may encourage these young people to distance themselves from their families and offer advice on rebutting arguments against having transgender surgery. Treatments here must begin with removing the young person from the suggestive environment and offering a counter-message in family therapy.

Then there is the subgroup of very young, often prepubescent children who notice distinct sex roles in the culture and, exploring how they fit in, begin imitating the opposite sex. Misguided doctors at medical centers including Boston’s Children’s Hospital have begun trying to treat this behavior by administering puberty-delaying hormones to render later sex-change surgeries less onerous—even though the drugs stunt the children’s growth and risk causing sterility. Given that close to 80% of such children would abandon their confusion and grow naturally into adult life if untreated, these medical interventions come close to child abuse. A better way to help these children: with devoted parenting.

At the heart of the problem is confusion over the nature of the transgendered. “Sex change” is biologically impossible. People who undergo sex-reassignment surgery do not change from men to women or vice versa. Rather, they become feminized men or masculinized women. Claiming that this is civil-rights matter and encouraging surgical intervention is in reality to collaborate with and promote a mental disorder.

Dr. McHugh, former psychiatrist in chief at Johns Hopkins Hospital, is the author of “Try to Remember: Psychiatry’s Clash Over Meaning, Memory, and Mind” (Dana Press, 2008).

June 16, 2014 Good lessons in good writing from an excellent writer
Recent Comments
1 Comment | Leave a Comment
Browse Our Archives
get the latest updates from
The Northampton Seminar
and the Patheos
Evangelical
Channel
POPULAR AT PATHEOS Evangelical
1

What I Learned from Designing Women...
Anxious Bench
Related posts from The Northampton Seminar

The Best Study-Abroad Program in Christian Higher-Ed
I have recently completed teaching a study-abroad course with students from both...
view all Evangelical blogs
What Are Your Thoughts?leave a comment