Why do Anglicans say they walk a Via Media?

Why do Anglicans say they walk a Via Media? April 14, 2018 Gerald McDermott 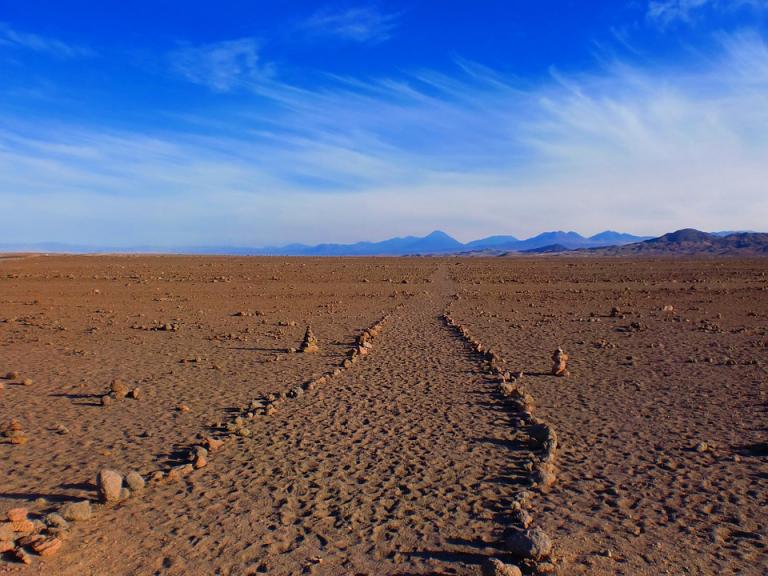 This is a Latin term for “the middle way.”

But middle between what and what?

Since the nineteenth century many Anglicans have referred to the middle way between Protestantism on one side and Roman Catholicism on the other.  John Keble (1792-1866), a leader of the Oxford Movement in the nineteenth century, said that this was what was meant by Richard Hooker (1554-1600), the greatest Anglican theologian in the English Reformation of the sixteenth century.

The best of both worlds

By Catholic worship we mean the order and (much of the) content of the liturgical worship of the Catholic Church:  opening acclamation, the Gloria, collects, psalms, both OT and NT readings, sermon, creed, prayers of the people, confession of sin, absolution, the great Eucharistic prayers, breaking of the bread, communion in Christ’s body and blood.  All of these, every Sunday, and in some churches every day.  And the rich variation of the seasons of the Church year. Not to mention attention to the great saints of the 2000-year history of the Church.

Almost everything in Anglican liturgy, which is widely regarded as the most beautiful Christian worship in the English language, is an adaptation or adoption of Catholic predecessors.  Thomas Cranmer, the liturgical genius behind the Book of Common Prayer, took Catholic worship and reshaped it.  He made significant alterations, to be sure, both in language and theology.  But he did not start from scratch.  The basic shape and order, and much of its language, go back to the Catholic worship that had been developed over 1500 years before Cranmer.

When people first experience Anglican worship conducted along traditional lines and remark on its beauty, they are responding to an English order of Word and Sacrament that goes back to Catholic roots.  It is also why Roman Catholics who come to (more traditional versions of) Anglican worship are surprised to see how similar the two services are.

But while sermons in Catholic masses are often extremely short and sometimes seem underprepared, most Anglican sermons are longer, grapple more with the biblical text, and seem to reflect deeper preparation.  To be fair, Catholic sermons have improved since Vatican II put more emphasis on Scripture and preaching.  And some Catholic preachers are better than their Anglican counterparts!  But typically one still notices the contrast I just described.  Historically, this came from Martin Luther’s elevation of the written Word as key to the Christian life, and therefore the importance of preaching to open up the Word.  Cranmer learned from Luther, and Anglicans ever since have prized preaching.  While Catholics say the Eucharist is the absolute and only summit of worship, Anglicans say that preaching and Eucharist are equally important, and that each feeds the other.

So in a lighter sense the Anglican Way is the middle way because it enjoys the best of both Catholicism and Protestantism.

But now let me go a bit deeper.  Anglicanism is a via media between Catholicism and Protestantism while not being forever hostile to either.

The Thirty-Nine Articles (finalized in 1571, discussed in more detail in future posts) take several positions against the Roman Catholicism of the late medieval period: its doctrine of purgatory, its view of the Eucharist (transubstantiation), and its take on the relation between traditions and Scripture.  Since these Articles are a kind of creed (in addition to the three great creeds of the ancient Church) for Anglicans, Anglicanism differs with the Catholicism of the early sixteenth century.

But at the same time Deep Anglicanism refuses the knee-jerk rejection of all things Catholic.  After all, we recite in the creed every Sunday that we believe in the one, holy, catholic, and apostolic Church.  “Catholic” means “universal.”  Among other things, it means that we Anglicans believe in what was believed and practiced by the undivided Church of the first millennium, when nearly all Christians believed and practiced the same things.

To a great degree, the Roman Catholic Church still believes and practices what that undivided Church of the first millennium did—particularly now that it has learned from Protestant criticisms.  We saw that recently in the Joint Declaration on Justification (1999) signed by Catholic and Lutheran theologians.  Both sides agreed that salvation was won by the work of Christ and is received by grace through faith, and that living faith expresses itself in works.

Richard Hooker, in his Laws of Ecclesiastical Polity (c. 1597), argued that despite the errors of the 16th-century Roman church, Christ was still present in it and salvation was still possible in and through it.  Hooker took a lot of heat from Puritans for his position, but that has been the position of classic Anglicanism ever since.

Not Protestant but not anti-Protestant

Most of my readers will probably protest, “But of course we Anglicans are Protestant! After all, we believe in the final authority of Scripture rather than human tradition.  And we think salvation is by grace and faith alone, and not by works!”

Those claims were indeed the hallmarks of the Protestant Reformation.  And they are still rallying cries of today’s Protestants.  And, for that matter, of Deep Anglicans.

But here is the rub: the Great Tradition of orthodoxy, which is best seen in the undivided Church of the first millennium, also taught these things.

Late medieval Catholicism distorted all these things.  It taught semi-Pelagianism, the idea that our unaided works cooperate with Christ’s works to save us.  It permitted some traditions that flatly contradicted Scripture.  It suggested that salvation was more a result of human striving than grace.

The word “Protestant” suggests that the proper attitude is to protest all things Catholic or Orthodox.   And in some conservative Protestant circles, it is that all I need is the Bible to understand all things religious and to follow Christ—Me and Jesus and the Bible, Church optional, thank you.  In liberal Protestant circles, “Protestant” means that I can live like the devil because God will always forgive and there is no hell anyway.  The mere mention of holiness or sanctification implies (to many of them) that I am trying to save myself by my works.

Deep Anglicans reject all these understandings of “Protestant.”  We yearn for the day when there will be no more Protestantism but the reunification of Christians devoted to the Trinitarian God in Word and Sacraments and holy living.

But Deep Anglicans are not anti-Protestant.  We believe that God raised up Luther and Calvin to check semi-Pelagianism and steer the Church back to what it had believed before the late medieval heresies.  We are thankful for the Reformation’s retrieval of the patristic emphasis on preaching, perhaps best seen in Augustine.  We want to go back to the Fathers and sit at their feet as they interpret Scripture.  We want to retrieve their understanding of sacraments and holiness.

In other words, we want to breathe in what C.S. Lewis called the clean sea-breeze of the centuries—to recover ancient vision of, and practice in, the Trinitarian God of Israel as we walk on the pilgrim road to the New Jerusalem.

Next week–Crazy King Henry: Did Anglicanism begin with lust and divorce?

April 21, 2018 Crazy King Henry: Did Anglicanism begin with lust and divorce?
Browse Our Archives
get the latest from
The Northampton Seminar
Sign up for our newsletter
POPULAR AT PATHEOS Evangelical
1