Crazy King Henry: Did Anglicanism begin with lust and divorce? 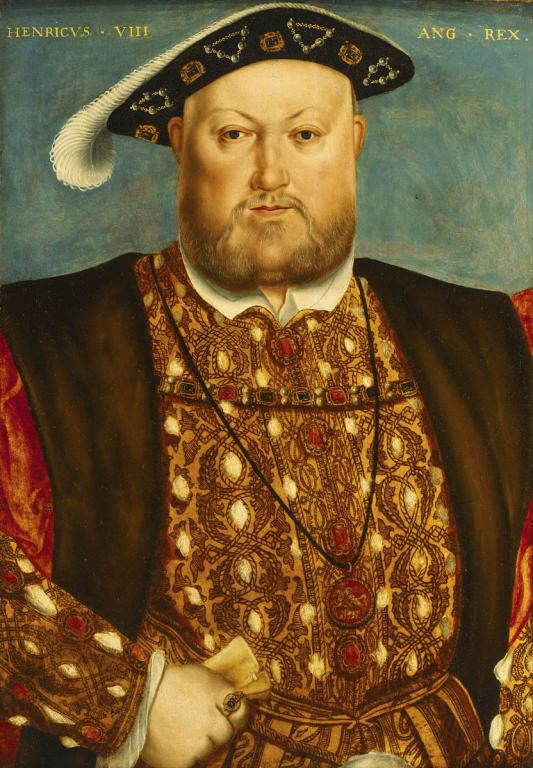 In 1964 the British pop group Herman’s Hermits put King Henry VIII on the minds and lips of teenagers.  Their little ditty began, “I’m Henry the 8th I am, Henry the 8th I am, I am.  I got married to the widow next store, and she’s been married seven times before!”

If the English-speaking world didn’t already think the Church of England began with a strange marriage situation, now it had reason to.

But was it true?  Did Anglicanism really begin because (as is often alleged) Henry VIII lusted after Anne Boleyn and for that reason divorced his wife Catherine who had borne him five children?

Like most important events in history, the reality was more complex than the legend.  Henry’s parents had arranged his marriage to Catherine for political reasons, when Henry was 18 and Catherine 23.  Catherine had been married to Henry’s brother Arthur, who died after five months of marriage.  Because marrying a brother’s wife was proscribed by the Bible (Lev. 20:21), Henry’s parents had to get a special dispensation from Pope Julius II.

Catherine had seven pregnancies with Henry, and none resulted in a son who survived infancy.  Nearly everyone was convinced that a male heir was necessary, since a long civil (1135-54) was the result the last time a woman (Empress Matilda) had taken the throne.

Henry, and others, thought that his marriage to Catherine was cursed because he had violated the  biblical prohibition, and he had received the very punishment which that verse predicted: “If a man takes his brother’s wife, it is impurity.  He has uncovered his brother’s nakedness; they shall be childless.”

Of course Henry and Catherine had borne a daughter, Mary, who acceded to the throne in 1553 as a Catholic and proceeded to burn three hundred Protestants in the fires at Smithfield.  Thus her nickname “Bloody Mary.”  But Henry interpreted the word “childless” to mean lacking the only kind of child—a male—who could prevent England’s descent into anarchy.

Besides, as Ashley Null has pointed out in Reformation Anglicanism (60), Henry’s scholars believed that the Deuteronomic injunction to marry your brother’s widow if she and your brother had not produced a male heir (Dt 25:5) was considered part of the civil law of Israel and therefore no longer applicable to gentiles after Christ.  But these same scholars taught that the prohibition in Leviticus was part of the moral law and therefore universally applicable.

It didn’t hurt that Anne Boleyn was charming.  Most of us know that Henry’s marriage to Catherine was eventually declared null by newly-appointed Archbishop of Canterbury Thomas Cranmer, and that Anne produced—ironically–a daughter who in 1556 became Queen Elizabeth I.

It was doubly ironic that when Henry eventually had a son who lived long enough to reach the throne, that son, King Edward VI (1547-53), turned back much of his father’s Catholic theology and thereby changed the character of the Church of England.

The bottom line, however, is that Henry VIII’s motives for divorcing his first wife were as much political and even biblical as personal or romantic.

Critics protest nevertheless that these factors are mostly worldly.  How could a sincere Christian devote himself to a Church with such earthly beginnings?

I would give two answers to this question.

First, the Bible is full of messy–even sordid–history, and God’s Church has always been stained with spots, wrinkles and blemishes (Eph 5:27).  After all, David was Israel’s most beloved king, the father of the dynasty that produced the messiah.  Yet he was a murderer and adulterer.  Remorse over his adultery produced one of the Bible’s most affecting psalms (Ps 51).  The churches at Ephesus and Corinth were wracked by immorality and heresy, yet Paul calls them the Body of Christ.  God has always delighted in redeeming glory and beauty from sin and degradation.

Second, Anglicanism did not begin in the sixteenth century but in the very first few centuries of Christianity.  England was colonized by the Roman Empire in the first two centuries AD.  There is historical evidence that soldiers, administrators, and traders on Roman commissions might have brought the gospel with them and won converts among the “Angles” in those first two centuries.

Tertullian tells us about the year 200 that parts of England had been conquered by Christ.  We know the name of the first recorded Christian martyr in England, Alban, who was slain in the persecutions of Diocletian around 304.  By 314 we know there were several English bishops.  Athanasius tells us that the Council of Nicaea (325) was accepted by the British Church.

At the end of the sixth century Pope Gregory the Great (590-604) was concerned that the Empire was being overrun by pagans devoted to Germanic gods.  So in 596 he sent Augustine (not the great theologian from Hippo in North Africa but the evangelist and bishop of Canterbury in England) to launch a new evangelization of the island. It was a great success.   On Christmas Day 597 Augustine baptized ten thousand converts.  The new bishop of England gave now-famous instructions about the liturgy to his evangelist-priests: “Make your own rite, choose from the best of the churches, but adapt them to the needs of the English.”  Already there was developing a distinctive English way of worshipping the Triune God.

During the Middle Ages the English Church became even more distinctive.  The great philosopher and theologian Anselm was an Italian who became Archbishop of Canterbury (1093-1109).  His prayerful arguments for God’s existence (the Monologion and the Prosologion) and his elegant theory of the Atonement (Cur Deus Homo or Why the God-Man?) influenced Anglican thinking for the next millennium.

Another Archbishop of Canterbury showed the Church what it means to stand courageously for God’s truth.  Thomas Becket (1162-70) resisted King Henry II’s attempts to try clergy in state courts, arguing that God’s law is higher than state law.  For his obduracy he was slain in his cathedral, in a moment memorialized by T.S. Eliot’s poetic drama Murder in the Cathedral (1935).

Martin Thornton argues in his English Spirituality (Wipf and Stock, 1986) that by the fourteenth century England had developed a distinctive spirituality.  This was the first golden age of what he calls the “English School” of spirituality.  It was an “ascetical theology,” which means that it carries doctrine into prayer as the basis for life.  Thornton says this approach is rooted in the synthesis of doctrine and prayer taught by two Christian greats: Augustine of Hippo, the great theologian whose Confessions are an extended prayer, and Benedict of Nursia, whose monasteries modelled the Christian life as work amidst liturgical prayer.  English Christianity has been deeply influenced by both Augustine and Benedict.

Anselm was the father-founder of this English spirituality, which Thornton argues has six characteristics:

This combination of characteristics, collectively known as what Thornton calls “English spirituality,” was developing in the English isles centuries before the Reformation. When we are challenged by the notion of Anglicanism being a relatively recent phenomenon, occasioned by a crazy king, we need to remind ourselves that this beautiful Anglican way of adoration began long before the sixteenth century.

April 26, 2018 Why do Anglicans pray this way?
Browse Our Archives
get the latest updates from
The Northampton Seminar
and the Patheos
Evangelical
Channel
POPULAR AT PATHEOS Evangelical
1