[Friends: this is by a friend and guest.] 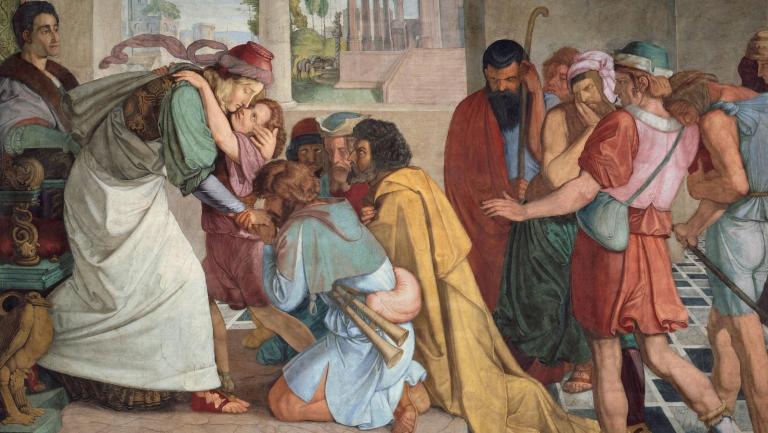 Life can be unfair.  Many struggle with dysfunctional families, poor educational opportunities, economic challenges.  For those disadvantaged, there is surely much that can be done to help — and to help them help themselves.

But many today have other complaints.  They say they’re victims of so-called systemic bias — demanding special treatment for themselves and special punitive measures imposed on others.  And, according to some, just about everyone can be a victim — everyone, that is, except white males, who are deemed guilty by virtue of their “white privilege.”

No doubt some have suffered due to actual unjust acts.  In these individual cases, one hopes that justice can be done — with the offenders facing the legal consequences.

At the same time, one wonders if today’s grievance culture has gone too far.  Has it created unhealthy victim mentalities, with demands for special rights if not special reparations — in actuality enfeebling people rather than lifting them up?  Has it also, in effect, unjustly indicted and convicted entire segments of our society simply based on the color of their skin or their gender?

In trying to answer these questions, one can turn to a famous story in the Bible — the familiar story of Joseph and his coat of many colors.  The message is profound.

In brief, in the Book of Genesis, Joseph, Jacob’s charismatic teenage son, is reviled by his jealous brothers.  They end up selling Joseph into slavery in Egypt.  Joseph’s plight could not be more tragic — having been thrust out of his family, which is devastating in and of itself, and then sold into slavery.  If anyone has a right to feel aggrieved, it is Joseph.

Still, Joseph seems to make the best of a difficult situation.  He becomes a trusted and loyal servant of his Egyptian master.

Unfortunately, another tragedy ensues.  Joseph’s master’s wife is attracted to the handsome young servant and tries to sexually entice him.  Joseph rebuffs her.  She subsequently frames him, claiming that it was he who tried to entice her into the illicit act.  Joseph is then summarily thrown into prison.   Unjustly convicted of a crime and put in prison, Joseph is now truly aggrieved.  His grievance cannot be any greater.

Joseph again makes the best of a difficult situation.  While in prison, he ingratiates himself to others by being a proficient interpreter of dreams.  When the Egyptian pharaoh has an enigmatic dream, which no one else can interpret, Joseph is summoned to interpret it.  With Joseph’s insightful interpretations, the pharaoh has a change of heart.  He releases Joseph from prison.  More than that, he elevates Joseph to the position of viceroy.

In this well-known story, Joseph’s own family and the entire community of Israelites end up in Egypt.  Years later, upon the rise to power of another pharaoh “who did not know of Joseph,” the Israelites are tragically enslaved — for hundreds of years.  This eventually leads to the famous providential exodus — the redemptive journey from slavery to freedom.

What can the story of Joseph teach us today?

Yet, what does Joseph do?  First, he implicitly recognizes that dwelling on his bad fortune and unfair treatment would not be healthy for him or anyone else.  It would, in some sense, imprison him in the “baggage” of the past, restricting him from his own personal freedom to become all who he can become, to create his own future, to find his own way to flourish.

It’s certainly reasonable to strive for justice, where feasible, but, to his credit, Joseph avoids the grievance mentality.  He finds a way to put the past behind him, to use his own talents to the best of his ability, to look to the future.

No doubt there are many people in need today, and there is much that can be done to help them and ideally to help them help themselves.

And no doubt there are many who are actual victims of real acts of injustice, deserving their day in court to try to bring their offenders to justice.

But today’s victim identity appears to have gone too far.  Perhaps one of the best antidotes to today’s grievance culture is the lesson from the Biblical story of Joseph.

One final note.  Joseph had two sons.  He named his first born Manasseh, for “God has made me forget all my hardship and all my father’s household.”  In Hebrew, ‘Manasseh’ means ‘causing to forget.’  Joseph was probably aiming not to forget his past entirely, but simply to put his troubling memories behind him so that he could look to the future.

Joseph named his second son Ephraim, for “God has made me fruitful in the land of my suffering.”   ‘Ephraim’ comes from the Hebrew word that means ‘fruitful.’  Notwithstanding his challenges, Joseph aimed to move forward, to be productive, to flourish.

To this day, upon every Shabbat, it’s customary for Jewish parents to bless their sons with the words “May you be like Ephraim and Manasseh.”

Curt Biren is an investment advisor in Los Angeles.  He previously worked as a legislative assistant in the U.S. House of Representatives.  He has written for the Acton Institute, First Things, and the Jewish Journal.

February 7, 2019
Race and covenant - a 4-minute interview
Next Post

February 19, 2019 New clue to the mystery of the goat on Yom Kippur
Browse Our Archives
get the latest from
The Northampton Seminar
Sign up for our newsletter
POPULAR AT PATHEOS Evangelical
1

Christianity vs. Christendom?
Cranach
Related posts from The Northampton Seminar