Notes from the Temple
Buddhist

Pausing to plug into the Buddha 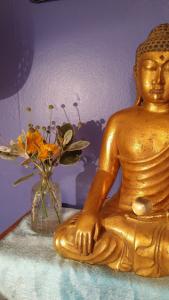 Twenty minutes ago, I noticed a ball of anxiety in my stomach. It had been nagging at me for a while, like my cat nags me when he thinks it’s time for his daily pills. We squish them into cheese so he’ll take them, and he’s rather fond of the cheese, so a couple of hours before they’re due he starts making a chirruping noises which he repeats every ten minutes or so until I get up in frustration and shoo him from the room.

The anxiety was building, and the thought arose: “Go and eat something.” I wondered for a minute about what I might eat, and then had the presence of mind to pause. What did I really need? I decided to do some chanting, one Namo Amida Bu for each of the 54 beads of my mala. This took me about four minutes.

By the end of the four minutes the anxiety had begun to subside a little. I realised that I had promised myself that I would do some writing this morning. It was already after eleven, and I had done all sorts of other things instead – caught up on the temple accounts, responded to some emails, started to plan in a big project… The anxiety was the part of me that wanted to write, starting to panic that it wouldn’t get a look in after all. ‘You promised me!’ it was saying. ‘How can I trust you if you always do this?’

I decided that I would make myself a hot drink, return to my desk and get straight on with my writing. The urge to eat something faded away. I’d never really been hungry in the first place.

It would have been a nice ending to this blog if I’d sat down calmly, wrote the blog, and then went out to lunch with my friend. Unfortunately, I checked my email after about ten minutes of writing. There were several emails from my husband Kaspa about a project we’re working on together, and so when he popped into my room a few minutes later I got tangled up in a complicated conversation about the project. My anxiety returned (ouch) and I got impatient with him for interrupting me. It was much easier to feel impatient than him than it was to feel angry at myself because I didn’t let him know I was in the middle of something.

Back to the mala. I held the cool beads in my hands and felt tears come to my eyes. I am so tired of my tendency-towards-workaholism, which trips me up over and over again. It hurts. I am so tired of taking my frustrations out on other people. I am tired of not being perfect yet.

This last sentence at least brings a smile to my lips. As I feel amused at myself, I also feel softer. Yes, I tend to work too hard. Yes, I’m trying to shift this pattern, and yes, it’s slow progress and there ain’t an awful lot more I can do about it. I can either approach the workaholic part of me with blame and judgement, or I can approach it with understanding and love.

I plug in to the Buddha in various ways – by bowing towards one of the Buddha rupas in my room, by saying Namo Amida Bu, by using my mala or simply by sitting quietly with my eyes shut and imagining him there with me. I often forget to do it, but when I remember it always eases things a little – it gives me a broader perspective, and it helps me to look at myself through his eyes rather than mine. Through his eyes, I’m not so bad after all.

So, the blog is written, and I have managed to give myself this time to write it. I have also apologised to my husband for being snitty (and he to me), dissolved the anxiety in my stomach, and recognised one of my old patterns for what it is. Every time I notice myself getting into panic because of imagined work pressure and I am able to empathise with that part of me, it makes the panic less likely to occur again. The karmic seed (bija) arose, but I didn’t plant it, or at least I managed to pull the plant out before it shed too many more.

I still have half an hour before lunch with my friend. Rather than carry on with more work, I am going to sit quietly and read a book I have been enjoying. I feel a little bit foolish about all the fuss. The Buddha just keeps on smiling.

September 13, 2017 A week in the life of the temple
Recent Comments
0 | Leave a Comment
Browse Our Archives
Related posts from Notes from the Temple 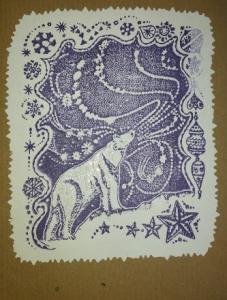 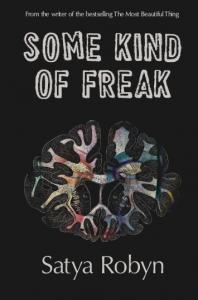 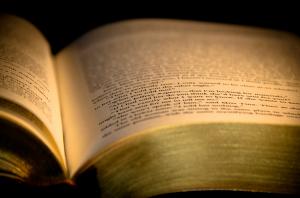 Buddhist
Sutta Study: Self-control is difficult
Notes from the Temple 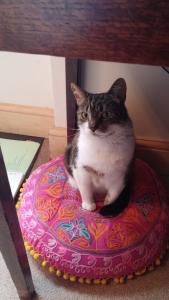