Back when I first started strolling down a pagan path, one of the first things to really get me excited, along with setting up my first altar, as the idea of picking out a new name, used only for craft things. Little did I know just what kind of ramifications my choice could have down the line. While an exciting concept, it doesn’t seem all that important at first. Most of us will agonize over gathering our altar tools or what to use for our BoS more, because those seem so much more important. However, we’ll all reach a point of no return with our craft name, so it’s helpful to make some wise choices up front when it comes to choosing one. It’s worth it to reign in your excitement just a little and spend some time mulling it over. So, ask yourself these questions when picking your magical name.

Let’s start with some questions you should ask yourself at the beginning. Once you hit a question where it’s obvious you need a pagan name, then you can move on to picking one out.

Are you part of a tradition that requires one?
Some magical traditions require you to take a name as a way of separating your mundane self from your magical one. Quite often these names are only used in Circle or while working on your own and not used with the general pagan public. And if you’re already part of a training or teaching group, this name may be chosen by others and bestowed upon you. However, if you are not part of such a tradition, or you’re practicing alone, the choice of taking a craft name or not is entirely up to you.
How do you feel about your current name?

I didn’t consciously take on a craft name until I started writing – and even then, it was only meant to be a pen name (more on that later). I very much love my name, with my given name being an unintentional gift from my father shortly after I was born. However, some people love the idea of getting to discard at least some part of their real name for at least part of the time.

Do you need to keep yourself at least partly in the broom closet because of family?

This can be a tricky one for some of us. I lived far enough from my family that I didn’t need to worry about it at the time, back in the days before everyone was online. And nowadays, I’ve chosen not to worry about it at all. I practice a valid, recognized spiritual path and if they have questions, they can ask. However, the two people I would have worried about, well, worrying, are also no long with us. And I feel that wherever they are, they know about my path and understand it now.

However, not everyone is as lucky as I am, to live in a rather open, diverse area and have family they don’t have to worry about. In some cases, I know some of you reading this still live with family, or your surrounded by family in your area, and they might not be so understanding. In that case, you may want a craft name for interacting with other pagans, especially when you’re online. Better to be safe, than harassed, harmed, or homeless.

Will your job be on the line if it was discovered that you’re pagan?
There are a lot more protections nowadays, but that doesn’t really change the fact that an environment that doesn’t want you there is not a healthy one. Yes, even if you have the legal system on your side.

Do you live in an open-minded area, where most of the community won’t care?
If this is you, count yourself among the lucky. I do on a regular basis. I’m not sure how much this would have been the case back in the early 90s if I still lived back where the rest of my family is located. It was a very conservative farming area at the time. In some ways it still is. If you live in an area like that, I’d recommend letting people get to know you as a person before revealing your spiritual path. It’s worked well for me in the past, because people know me the person and not just me the pagan/witch. There’s nothing wrong with trying to change hearts and minds one person at a time. It can be quite effective.

However, if you live in an area full of fundamentalist Christians, especially if it’s a smaller community, I’d recommend staying in the broom closet for a variety of reason – harassment, and even the potential for violence, being one of them.

Do you want to pick a name just for your practice?
The final question is if you’d like to take on that new moniker and there are a variety of reasons for doing this. For one thing, it’s kinda fun, picking out a name that suits you. Perhaps you’re a bit unsure of what it’s like, out here in the larger pagan community, and would like that alias as a form of protection. Maybe you even like the idea of having that separation between the sacred and the profane. Really, what it comes down to is if you want to do it or not, especially if none of the previous questions didn’t suggest that a craft name would be a good idea.

We’re going to stop here for now and let you take some time to marinate over these questions, as well as your decisions. I’ll get the second part up soon, covering some tips on how to go about creating your magical moniker. I’ll also let you know how I came to take on my pen name.

In the meantime, many blessings,
Laurel

September 23, 2019 Celebrating Mabon
Recent Comments
0 | Leave a Comment
"You are so very kind. Thank you for all of those encouraging words. I'd already ..."
Laurel Reufner Saying Goodbye to a Special Animal ..."
"I'm so sorry for your loss. It brings tears to my eyes as I remember ..."
Kaia Rose Saying Goodbye to a Special Animal ..."
"The picture that claims to be a sassafras bush is actually honeysuckle. Sassafras is a ..."
Wolf Easy Seasonal Recipes
"Aren't those eggs going to smell pretty bad in a couple of weeks? I don't ..."
Candy Wilcox McKinney Simple Ostara Ritual
Browse Our Archives
Related posts from Oak and Olive 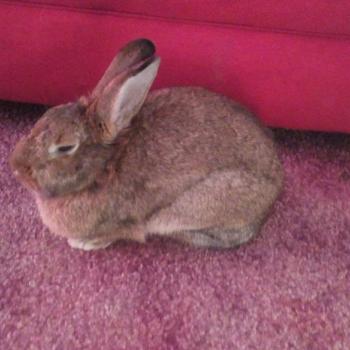