The Care and Feeding of a Pagan Group

The Care and Feeding of a Pagan Group June 25, 2016 Thorn Mooney 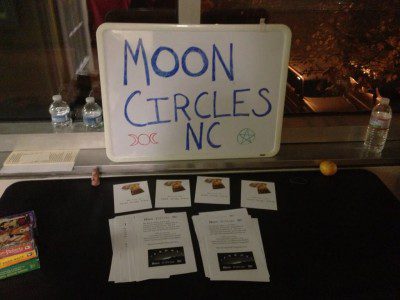 Foxfire turned three this year. Not very old when you consider that there are covens in Britain that have existed since the mid-twentieth century. But three seems positively venerable given how much time I’ve spent in wider Pagan communities, watching group after group implode. Most study circles and book clubs never get off the ground, let alone working covens. Just ask any Pagan Pride Day or festival organizer how hard it is to corral people in the interest of a common cause (even one that they purport to desperately desire). Drama, infighting, personal prejudices, fear, and unrealistic expectations are just some of the hurdles that new groups may eventually encounter. It’s rough out there. I’ve been failing at starting Pagan groups for almost twenty years. I failed at organizing a teen witch AOL group when I was fourteen. I failed at putting together a Pagan student club in high school, then three more times at three different universities. I failed at running my first outer court. I’ve failed at starting at least a half-dozen Pagan book clubs. And those are just my failings. I’ve watched scores of other people fail just as extensively, and often with bigger fireworks and more spectators. Facebook usually promises pictures and a few weeks of vagueposting for your entertainment after the fact.  Failures, all of us.  Behold.

So I’m really proud of Foxfire for three, solid years. We’ve grown steadily, our relationships with each other have become strong, and we’ve managed to avoid a lot of the bullshit that seems to plague other witch and Pagan groups. I’ve spent some time thinking about which of my choices have been the difference. What have we done right? What advice would I offer to someone else trying to get a group off the ground?

1.Start with one other person.

Foxfire didn’t start with a dozen people clamoring for exactly what I had to offer. I wasn’t even out to start anything at all (for once). I held my first outer court because one other person asked me to. Once I’d agreed, there was some half-hearted interest from others, and it was relatively easy to get a small handful of people into my living room for that tentative first ritual. But only one person—that same person who’d asked me to begin with—expressed interest in coming back. Originally, I thought that wasn’t good enough. What would a coven of two look like? So I said no, holding out for the numbers I’d been expecting.

This was a dumb move on my part.

Because the truth is that sincere, well-matched people never come in droves. They come one at a time, and are usually far between. And that’s how you have to take them. Months passed, and that one person asked me again, intently, in a formal letter. I was moved to accept—compelled. And we went ahead, me understanding that it may just be the two of us for a while. From there, Foxfire grew slowly and steadily. Now, I have the numbers I’d first imagined, and they’re quality people I trust and care for deeply. But it started with one.

If you want to start a group from scratch but aren’t sure how, start with one other person. Maybe it’s your curious spouse, of your best friend, or that woman you met at the bookstore, or that guy in your chemistry class with the pentacle ring. You don’t have to know each other intimately to start. The key is that they’re sincere and consistent. And where there’s one, there’s many. Like magical cockroaches.

2. Fuck the planning meetings. Just do the ritual or whatever.

Sitting around talking about witchcraft is not witchcraft. Whatever it is that you aim to do—ritual, spellwork, appealing to a particular deity, etc.—just do it. Don’t waste time at coffee shops jotting notes and plotting something elaborate that, let’s be honest, probably won’t happen. Save the fancy, adroitly executed stuff for down the road. Now’s the time to just jump in and get off the ground. Get together and do something magical. Work a ritual out of a book, write a chant together, pour a libation, practice a psychic exercise together. Whatever. But do something. It will build solidarity, get people excited, and weed out the people who aren’t serious, all in one blow.

It probably won’t be brilliant, and that’s okay. Take that first step, though. It makes the subsequent ones a lot easier. Instantly, you can stop dreaming about what your future group might look like and begin working on the one you already have. Magic.

3. Don’t obsess over labels and structures.

Chances are, if you’re like most people, you’re not operating according to a set tradition with time-tested organizational structures and elders to help you along (I mean, maybe you are, but if that’s the case then you really should be asking them, not me). No one’s appointed you to anything, and you’re probably not a magical adept, fresh from the flames like Daenerys Targaryen, divinely called to lead your people from their mud huts.

So it’s probably safe to drop the pretense.

Your first task shouldn’t be declaring yourself Lord High Priestess God Emperor. I mean, you can call yourself whatever you want, ultimately, but that won’t actually grant you any skill or authority. It’ll just be an empty title. Further, there’s no need to declare officers, fabricate an elaborate hierarchy (you and your one friend), or stress over a melodramatic order name like a newly formed garage band fighting over what to call its first stadium tour.

Start by building a routine and establishing something genuinely meaningful amongst the members you have. You can worry about naming your daughter covens and figuring out where to build your temple sometime down the road.

While real leadership doesn’t require formal titles, there’s also nothing wrong with actually being the one in charge. In Pagan communities, the people in charge are usually just the people who were willing to do the work of putting something together. If you want a group, you’re going to have to step up and build one, and that’s a big job. Most people won’t be much help, even if they’ve made you a bunch of exciting promises. So you write the ritual. You find the space and send out the invitations. You do the clean-up. Be willing to be the leader. Do it right and you won’t have a lot of leftover time for touting your ego and being an asshole.

5. Let other people deal with their own drama.

Hey, we’ve all been there. Life has ups and downs, sometimes things get stirred up, and it’s easy to get caught up in the melee. I’ve written previously about making decisions regarding whom to include and whom to exclude. It’s a tough call. At some point, especially if you run a closed group, you’ll have to turn someone away, for one reason or another. It’s going to suck. Someone will probably cry. There’s a fair chance that a rumor or two will circulate, and someone will be mean about it on Facebook. That’s just what people do, near as I can tell.

Learn to recognize your own issues and separate them from other people’s issues. Learn not to take things personally. Learn to say no. Learn when to stop returning texts. Never resort to insults or yelling. Be as kind as you can be. But remember: you do not have to let someone in just because they ask.

The key to all of this is patience. You have to be willing to wait. If you’re like most of us, this will be slow going. Charlotte’s open circle, Moon Circles, began with one person (Corvus) deciding to set up a Meetup page and rent a space in a Unitarian Universalist church. No one came to the first circle. The next month, one person came. After about six months, Moon Circles had a band of five or six regulars. It was glacial. But five years later, more than fifty people might show up at any given sabbat ritual. Moon Circles no longer exists, by the way. Why? Because in all that time, no one stepped up to help with the group’s organization. When Corvus decided to step down to focus on other parts of her life, no one picked up the banner.  So it goes.

If you can delegate, do so, but be prepared to carry the load by yourself, and be prepared to wait. Be realistic. Be honest with yourself and with others. If you’re a newbie, own up to it. There’s nothing wrong with being inexperienced. If you’re knowledgeable, be open and helpful, without being a jerk about it. When you mess up, fix it and apologize. And don’t give up!

Now get to it.  Let me know how it goes.

June 30, 2016 Lies My Parents Tell
Recent Comments
0 | Leave a Comment
"I think I'm pretty much on board with your main points here. I just finished ..."
Daniel W Secular vs. Religious: Making Distinctions as ..."
"Hmm. Claiming to be an Expert is, IMHO, an invitation to the Gods (choose your ..."
Kyllein MacKellerann " Don’t Be an Expert Witch: Expertise, ..."
"I'm older than you and I have not hear of some of them. Moreover, when ..."
Tia_Edwards The Hipster Witch: Aesthetics, Empowerment, and ..."
"She joins a lot of Pagan/witchcraft groups to promote her books. I have heard of ..."
Tia_Edwards The Hipster Witch: Aesthetics, Empowerment, and ..."
Browse Our Archives
get the latest from
Oathbound
Sign up for our newsletter
POPULAR AT PATHEOS Pagan
1