Conversion and Trauma May 27, 2019 Thorn Mooney 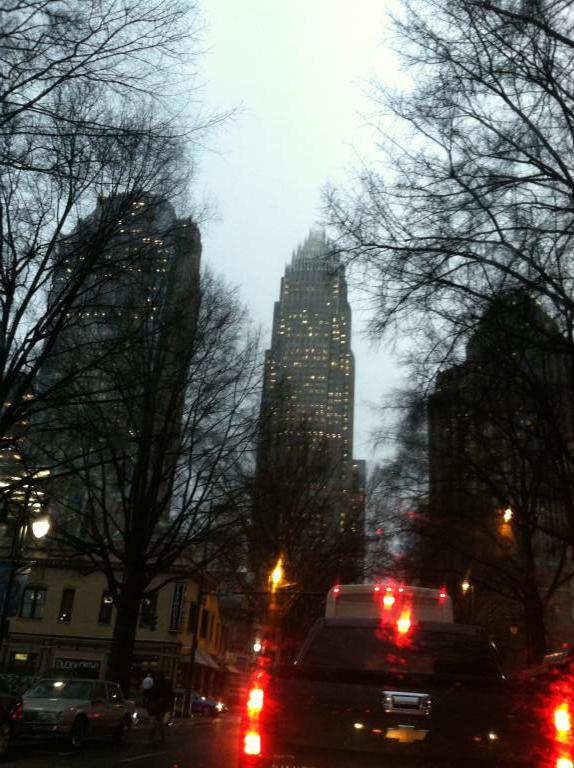 I turned in my first short story to my writing workshop last week. I’m new to fiction, and I had a blast writing thirteen pages (haha) about a Wiccan shopkeeper who’s lost his belief in magic.

Mostly, I wrote it to amuse myself and my friends. I knew going in that the biggest challenge would be writing a story that felt authentic without excluding my non-witch audience. How to work in community jokes and contemplations on stuff that really matters to my personal experience while not alienating a roomful of people (one of whom is responsible for my grade) who might have zero experience with any kind of Pagan anything?

The feedback was surprisingly useful, and I was pleased that they seemed to think I’d pulled off something worthwhile (or, at least, not just produced a steaming pile of garbage). As a room, however, one snag sat at the center of the critique:

“I need to know this narrator’s religious background,” said my professor.

I should add, here, that the rules of our workshop prevent the author from speaking. We’re required to listen, take notes, and be thoughtful. I was not permitted to engage and instead practiced my (still bad) poker face.

“A loss of faith narrative could be interesting, but it matters where he’s coming from. Was he raised as a witch? And, if not, what trauma led to his conversion?”

The class joined in. One student didn’t buy the idea that a Southern character could openly practice witchcraft without his parents objecting (“Hello, this is North Carolina.”). Another wanted to know if a shop like this really existed in Charlotte (Yes! And several others besides). One student guessed that the narrator must be a former Catholic, as the story’s ritual scene, “with all its emphasis on sounds and smells,” reminded her of her own church.

By the end, several were speculating.

“This is just me,” my professor knew he was on a sensitive subject, but he’s not the type to shy away. “I don’t trust converts. I don’t buy that you can be raised with one foundation—a worldview—and then just decide to change it. Lutheran to Methodist, okay. But Baptist to Buddhist? No.”

This was easily the most engaging discussion I’ve (sort of) been a part of in ages, and I think there’s merit here. Paganism is largely made up of converts, and I think most of us would say that our personal paths took years, and multiple experiences. Many of us also know how hard it can be to shake our milk religions. It can take a lifetime. I think my teacher is right: it doesn’t just happen in a weekend, and looking at someone’s background can tell you an awful lot about how they may have gotten to their current worldview (not my favorite word, but we’ll go with it). We’ve also seen plenty of instances of people experimenting in and exploring our traditions to piss off parents, to get quick fixes for life’s many problems, or because we’re genuinely desperate for something more than what was given to us by our circumstances. Plenty of people make a home in our communities and then move out later (I can’t help but think of Theo Bishop, who caused some waves a few years ago by recommitting to Christianity after spending time as a public Pagan). That strikes me as pretty normal. Worldviews, as my professor said, are hard to shake. I think there’s something to the idea that religious conversion might warrant further prodding (though I’m not willing to use the stark terms my professor used).

Trauma is often at the root of conversion, he added. I think there’s plenty to this, too. Religion can be profound and creative and enlightening and whatever else, but it also traumatizes. Some in our community bear deep wounds that will never fully heal.

Me, I was lucky. Raised in as secular a household as I think is possible in the United States (not atheist, mind you, which is at least a position regarding belief, but rather a household in which the subject did not even exist), I have no trauma to speak of in that regard. I was a curious young teenager, in love with magic. My traumas happened years after my explorations of witchcraft began, and by then it was already there to support me through them. Was my experience one of conversion?

Originally, I imagined my story’s narrator to have a background like my own. It didn’t occur to me to give him something else, or that his lack of religious background would be so unbelievable.

I’m still pondering all of this, and even called up a close Christian friend to get his thoughts on the whole thing.

What do you think? How did your conversion come about? What trauma is behind your narrative?

[Sidenote: I just bought a copy of Elaaine S’s The Witch’s Journey: Cutting the Cords of Christian Dogma, which immediately strikes me as a work that would be useful to witches with these sorts of questions, particularly those that struggle to move away from Christianity.]

[Other Sidenote: I apparently write fiction now? I’m pretty pumped about it and am going to keep working.] 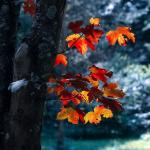 June 5, 2019 Working with Personal Cycles
Recent Comments
0 | Leave a Comment
"Hi Gordon, maybe if you try to put your hand and pen above the line ..."
Carolina Norambuena A Witch’s Guide to Fountain Pens
"You touch on it a bit, but how similar, in your experience, are pagans when ..."
Chris Mann Talking to Gods
"Congratulations. Your scene has created enough value that it can now be treated extractively by ..."
Jay The Hipster Witch: Aesthetics, Empowerment, and ..."
""Witchcraft" is a skill set that encompasses many practices. I don't get the impression that ..."
Laurie Allen The Hipster Witch: Aesthetics, Empowerment, and ..."
Browse Our Archives
get the latest updates from
Oathbound
and the Patheos
Pagan
Channel
POPULAR AT PATHEOS Pagan
1

Channeling a God, or Why People...
John Beckett
Related posts from Oathbound