How do you know if the gods are talking to you?

This is something I really struggled with as a new Pagan. In devotional spaces (as well as in witchcraft spaces generally, where we’re talking about spirit contact of all kinds, beyond gods), it’s common to hear extraordinary stories about divine encounters.

I’ve been privy to a number of these conversations. Sitting next to newcomers at a Pagan meetup, cocktail in hand, while some local teacher regales everyone with tales that invariably end with something like, “And that’s when the Goddess came to me!”

And everyone is wide-eyed until someone breathes, “That’s amazing,” with the sort of longing that tells you they’re looking for that experience themselves. That’s why they came, in fact.

Sometimes the tales we hear are a bit more explicit and sensory:

“The Horned God made an appearance in circle last night.”

“I could see Athena before me in ritual.”

“I can hear Herne when I walk through the forest.”

“And that’s when Loki told me to try out for the musical.”

We tell stories like these all the time. People claim to see, hear, and speak directly with gods and spirits.

This talk intimidated me as a newcomer because I didn’t have comparable experiences. And I tend to be very literal (not always helpful in magical spaces). So I was always the quiet person at the open ritual, watching other people have these profound experiences and claim direct contact with things I was desperately trying to believe in. I didn’t grow up in a religious household, and had never had devotion modeled for me. As much baggage as many Pagans and witches carry about the (usually) Christianity of their childhoods, at least they had a vocabulary and a framework that served as a foundation. They knew what people who claimed to have a personal relationship with a deity looked and behaved like from direct experience. I had never seen such a thing, and was really unmoored at my first rituals.

When I didn’t have the same experiences, I wondered if I might just be broken somehow. I had profound experiences, and my magic worked—I had inklings that pushed me onwards, and a deep sense that there was something out there I was missing—but I had no idea what people meant when they said that they “saw” or “heard” gods and spirits.

But in twenty something years of being out in the community, here’s what I’ve learned:

First, part of what we’re doing is, truthfully, art. We don’t have good language for a lot of the experiences we have, so people often speak in metaphors and poetry. Sometimes people are being literal, yes. I’m not here to tell you that there aren’t people out there who physically see entities before them when they do ritual. It’s never happened to me, but you do you. However, most people are not being literal. When asked to elaborate, most people will talk about other kinds of metaphysical sensory experiences. They’ll describe the “mind’s eye,” dreams, or a kind of internal knowing, similar to intuition. They’ll hear a voice “in their head” or have what we would think of as a gut reaction. You’ll also notice that meaning often develops with retelling. In the same way that Christians engage in testimony to reinforce the experience of the sacred, Pagans tell their own stories, over and over. And if you listen at the local meetup to the same stories from the same people from month to month, you will see patterns, development, and the building of a story. It’s not because people are lying. It’s because narrative by itself is sacred. We are performing and creating meaning in the telling. Sometimes meaning happens after the fact, and that’s no less significant. One of the weirdest paradoxes in magic is that a thing doesn’t have to have literally happened for it to be truth.

And all of the above are no less communications from gods and spirits. Which brings me to my second point:

Often, the gods don’t communicate with fireworks. One of the difficult things about learning witchcraft (that “work” we’re always hearing about) is learning to be quiet, to observe patterns, and to appreciate subtlety. Like developing the palate to appreciate really good wine or coffee—to distinguish flavors—or else learning to hear individual instruments in an orchestra, or harmonies below a melody, discerning signs requires attention. If you’re only ever looking for apparitions and trumpets, you’ll miss the counterpoint of being alive.

Today I received a message from my gods at a street carnival, from a man dressed in a fox costume. It was only meaningful because I have spent years building meaning around certain symbols. Particular words appearing by chance, corresponding with things already going on in my head. But for everyone else it was a dude in a fursuit.

The unusual bird perched on the fence. The song that comes on the radio that you were just thinking about. The random page you opened to. The dream you had when you dozed off in front of the TV. Whatever.

Those things don’t usually feel magical enough to beginners. And they can be enormously dissatisfying to advanced practitioners. We all want fireworks (and I’m not saying they aren’t out there, if comparatively rare). But we miss so much when we tell ourselves that only fireworks will do.

Did you like this article? Are you interested in more? My upcoming book The Witch’s Path: Advancing Your Craft at Every Level is for witches who are looking to take next steps, whether that means getting off a plateau, trying something for the first time as a nervous beginner, taking your practice deeper, or healing from burnout or boredom. Pre-order it at your favorite metaphysical retailer, directly from Llewellyn, or buy on Amazon. 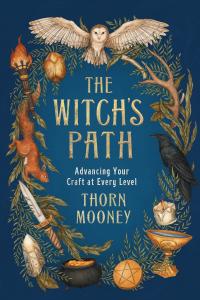 About Thorn Mooney
Thorn Mooney is a Witch of more than twenty years and the high priestess of Foxfire, a traditional Gardnerian coven thriving in the American South. She holds a graduate degree in religious studies and is completing a second in English literature. Thorn has worked as a university lecturer, public school teacher, academic journal manager, tarot reader, writer, and musician. She maintains a longstanding YouTube channel, has been blogging about Witchcraft and the occult for more than a decade, and is a regular at Pagan festivals throughout the United States. Aside from her esoteric pursuits, Thorn is a historical fencer, a traditional archer, and a seasoned guitarist. She lives in Raleigh, North Carolina, with her husband and a pride of cats. You can read more about the author here.
Previous Post 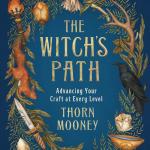