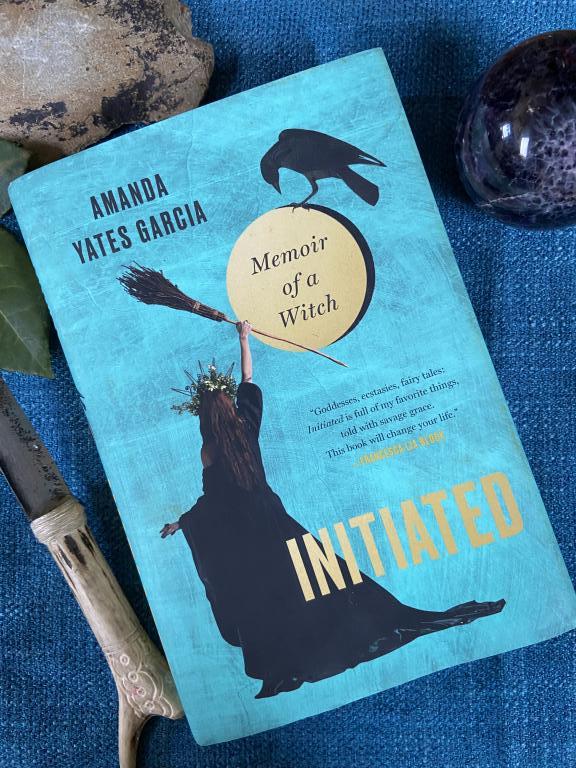 Hi, everyone! For those of you new to my work, I post a series of book reviews on Instagram that are designed to be “quick and dirty” rundowns of witchy books. I always post both what I loved and some critiques I had, in an attempt to be even-handed. I also suggest which audiences which may love the book, and which may not. I believe in evaluating the book on its own merits, and do not make personal commentary on the author themselves, unless it is specifically discussed in the text. Additionally, critiques should not be understood to be “things that are wrong with the book.” Rather, they are things that got in the way for me personally as a reader and may do so for others as well.

If you enjoy this style, you can find more on Instagram by following me @thornthewitch. I’ll continue posting select reviews here on Patheos (where there isn’t a character limit!).

You’ve probably seen this witchy memoir on your feed! Lots of folks love it, and I can see why, but I confess that it really wasn’t for me. Here’s the low-down:

The writing is poetic without being trite or gross. I appreciate that Garcia isn’t trying to instruct, but rather to share and inspire with her own experiences. Her personal story is a triumphant one. Memoir lovers, adventurers, world-travelers, magically inclined readers who are witchcraft-curious, and many kinds of feminists will dig this. Francesa Lia Block supplied the cover blurb, and that practically tells you everything right there (I adored her stories as a teenager).

I love the Gen X/older Millennial perspective. I feel like there’s a gap in our collective literature where this group is concerned, and here’s a window into that moment. As if The Spiral Dance or Dreaming the Dark had been written by a Riot Grrrl.

I feel like Garcia handles issues surrounding race, sex, and privilege well most of the time. She generally owns it where she has it, and talks about disenfranchisement and suffering in a way that never feels dismissive.

Garcia’s witchcraft is a clear descendant of Starhawk and Reclaiming. Her story will resonate with practitioners in similar traditions, but may be less interesting or engaging to practitioners of more ceremonial traditions. I didn’t recognize much of the witchcraft in this book, so I never really felt included in the generalizations she would make about what witchcraft is or is not.

Garcia’s memoir could just as easily have been framed around her art, her life in the sex industry, or her explorations as an American expat, rather than witchcraft, which feels almost incidental to me at times. This isn’t by itself a problem. I came to this book expecting a memoir that was specifically about witchcraft (given the subtitle), and it was not. If it had been marketed as a memoir about being a sex worker, being an artist, or being an expatriate, I would have approached it differently. Obviously there’s lot of overlap in all of these communities.

Garcia interweaves reality, myth, metaphor, and poetry to create a narrative that feels ultra-magical. She tells you up front that that’s what she’s up to, so she’s not misleading you, but I have a greater preference for straight history than for art. Poetry and myth feel cumbersome to me, and so this was not to my taste. This, however, is precisely what most people seem to love about it!

The history in this book is largely mythological—what someone like Raven Grimassi or Starhawk might call “spiritual history.” We get the Burning Times, the invention of patriarchy, and much of the rest that isn’t particularly historical. Scholars will squirm through these parts. Garcia isn’t trying to teach you history, though. I don’t get the sense as a reader that she literally believes these things; she is, however, using them to drive her understanding of what witchcraft is.

Garcia’s witchcraft is visceral and deeply rooted in her experiences with a particular kind of womanhood. I was reminded of Currott’s Book of Shadows as well as works surrounding the feminist witchcraft movement of the seventies and eighties. If this is your jam, this book is for you. Memoir-lovers will appreciate Garcia’s adventures in Europe, in the nineties counterculture, and her triumph over abuse and suffering. This is not a how-to, so folks looking for instructions should go elsewhere. Hard polytheists, traditional witches, and initiatory Wiccans may not recognize themselves here, which is fine. While she says upfront this book is also equally for men, I’m not sure it is. As a woman who’s very put-off by witchcrafts that emphasize a unique “women’s experience,” it wasn’t my cup of tea. I also couldn’t relate to Garcia’s world-traveling and bohemian artist life. Your mileage may vary.

A sidenote: When I posted this review on Instagram and Twitter, I received criticism for my handling of the works of Starhawk. Specifically, I stated that The Spiral Dance made me feel alienated when I read it for the first time as a young teenager (this was probably in about 1999). I initially brought up that memory of The Spiral Dance because Initiated reminded me a little of that feeling: as a witch who is not particularly interested in my womanhood, menstruation, sex, or the mother/child relationship as they are central for many kinds of practitioners, I felt on the outside of this kind of witchcraft. This should not be taken to mean that I don’t think it is a valid kind of witchcraft of that these pursuits aren’t important. In the same way that my decision not to have children is not an attack on motherhood, my decision to practice a witchcraft that does not prioritize my sexuality is not an attack on those who do. It also should not be taken to mean that I don’t acknowledge or respect the influence of Starhawk and Reclaiming on witchcraft as a whole, nor is it an assertion that any of these authors must cater to me and my personal proclivities or identities. It is simply a statement about my ability to relate to another witch’s perspective, not a personal attack on that witch. I drew the parallel because I knew that other readers may feel similarly. It should also be noted that Starhawk herself addressed these issues in later editions of The Spiral Dance (the copy I read in high school was a first edition). My apologies for any earlier misunderstandings. 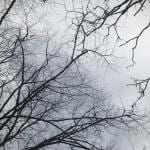 January 4, 2020
If Everything Changes, What Good is Tradition?
Next Post

January 19, 2020 Creativity, Competition, and Community
Recent Comments
0 | Leave a Comment
"Congratulations. Your scene has created enough value that it can now be treated extractively by ..."
Jay The Hipster Witch: Aesthetics, Empowerment, and ..."
""Witchcraft" is a skill set that encompasses many practices. I don't get the impression that ..."
Laurie Allen The Hipster Witch: Aesthetics, Empowerment, and ..."
"I'm looking forward to reading your new book when it comes out. This is a ..."
JarredH Learning and Unlearning Witchcraft: Can Bad ..."
"Seems to me it's more about the economics and not about being rude. When one ..."
Regi Price The Hipster Witch: Aesthetics, Empowerment, and ..."
Browse Our Archives
get the latest updates from
Oathbound
and the Patheos
Pagan
Channel
POPULAR AT PATHEOS Pagan
1

Building For A Future We Won’t...
John Beckett
Related posts from Oathbound