The Benefits of Outer Courts and Training Circles 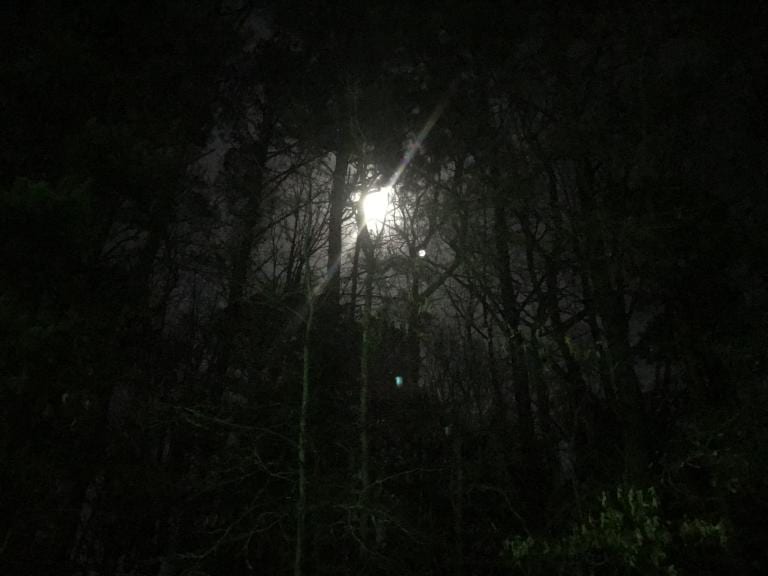 I know. Running an outer court can be a pain in the ass. Running any kind of grove, maiden coven, study circle, or other “pre-initiation” style group, especially on top of an inner court or initiate coven, can really bite the big one. They’re exhausting, they involve an impossible amount of emotional labor, and they can feel like a waste of time. A thing that sits in the way of you—the group leader—and the idealized coven of knowledgeable peers and worthy magical siblings that you long for. My own immediate Craft cohort has a ton of outer court material, and it’s enough to make anyone cry. That means more rituals to learn, more techniques to teach, and more time that needs to be spent before everyone can move forward and get to the good stuff. The secret stuff.

Originally, Wicca didn’t really have an outer court/inner court structure. People could be brought in quite quickly, and were subjected to more discrete social evaluation, rather than formalized training prior to initiation. Outer courts—or “Pagan circles” as some call them—were developed later, and largely popularized by practitioners such as Ed Fitch, who wanted to develop a coherent, group-based Pagan praxis for people who weren’t called to become initiates. Not everyone wants to be a priestess and run a coven, so this was a way to support those people in a Wiccan framework.

Plenty of covens don’t run an outer court at all. As a seeker, you could very well attend one or two meeting and then be offered initiation, if the chemistry is apparent and the timing is right, especially if the leaders are well-established and confident. When I was running my first outer court, even before I hived from my parent coven, I was so terrified of making a misstep that I had people circling for more than two years before initiation. I wanted to know them, and that’s what I needed to get there. Future students spent less time. But, hey, not much less. Even though I felt like I was going to keel over with exhaustion, running both a coven and an outer court at the same time, which amounts to multiple circles a month (and people in your house and blowing up your phone with their feelings, like, all the fucking time, I love you guys but help I’m an introvert), in addition to your usual work and family obligations.

But, in the last several years of doing it, I’ve learned this: a long outer court is a good thing. A precious thing, for both you and the student. I think an outer court solves a lot of potential problems and actually makes life easier in the long-run. Here’s why:

Magical connections and gut feelings are all well and good, but only time can tell you who a person truly is. As a covenleader, people will come to you and put on airs, not to willfully deceive you, but because they want to impress you. They want you to like them. They know that it’s critical that you like them. In the same way that people dress up and mind their manners on first dates, early interviews, discussions, and rituals will not tell you everything about a person. New students and prospective initiates are often quicker to agree with the leaders, more amenable to minor inconveniences, faster to volunteer, first to finish, and most eager to please. Not because they are hiding anything or working to mislead you, but because they are the most conscious of being on trial. They need time to relax and grow comfortable with the coven and its leaders. Give them time for their personality to come to the surface, once everyone is past first impressions and is less guarded. You probably wouldn’t marry someone if you’d only dated for a few months, so why would you hand over the sacred texts and rites of your oathbound Mystery tradition?

Sure, it can feel like a chore to make people learn a separate ritual or body of rituals that you’re just going to throw out after initiation, but the ritual isn’t really what you’re teaching at this level. That’s just the medium. What you’re really teaching (and measuring) in outer court is the student’s ability to work in ritual space. Can they learn the ritual? Can they raise power? Do they mesh magically with others in the group? Are they able to perform successful magic—and to build divine connections—in this framework? Are they capable of building meaning from circle to circle, as the year turns? Do they take it seriously? Because—and I really can’t stress this enough—if they can’t or won’t succeed here, they’re not going to get better once you initiate them. Just like marriage won’t fix a kind-of-crappy relationship, initiation won’t fix a kind-of-crappy OC dynamic or a kind-of-mediocre seeker.

Most people are perfectly pleasant as long as things are going their way. You’re all friends, things are moving right along…and then another student surpasses them, getting initiated or elevated while they themselves are left behind. This is when a lot of covenleaders see claws come out for the first time. I’m not suggesting that you willfully deny a worthy student simply to test their reaction. That may be a thing people do, but it’s pretty cruel, and can do as much harm as good in the long-run. Instead, why not build a coven culture where initiation wasn’t the sole why of participating (see my next point)? That way, when things progress naturally (that is to say, with ups and downs for everyone), students don’t feel as though everything they’ve done up to that point is meaningless. And if they do flip out and drop their easygoing façade, or reveal an anger problem that you didn’t know was there, then you’ll have seen it before the stakes are too high and can proceed accordingly.

If your outer court feels like a waste of time, then it’s time to rethink how you’re running outer court. It doesn’t have to be the pale bastard sibling of your inner court. The magic and the power may be different, but it should not be less meaningful and less effective. The divine relationships you’re building, the bonds you’re forging, and the techniques you’re teaching are valuable all by themselves. Whether that student becomes an initiate in your tradition, joins another one, or decides to practice as a solitary, they should be learning things to take with them. Some of the early proponents of outer courts and Pagan circles conceived of them to be complete spiritual systems in and of themselves, for people who didn’t necessarily feel called to enter the priesthood. They don’t have to be meaningless holding pens where people grow restless waiting to be challenged for real. Challenge them now. You can still connect with the gods, perform powerful magic, develop psychically, write effective ritual, and tackle complicated esoteric discussions in outer court. Outer court students should be effective and knowledgeable magicians before initiation, having already demonstrated their mettle and unique talents. Yes, of course inner court can be the place these things happen, too, but wouldn’t it be cool to already have good foundations in place? If you have very strong outer court students, try having them write and run ritual. Ensure that they can perform the various parts of any established rituals you have. Do they know your tradition’s history, and the history of the Craft at large? Can they write and perform effective spellwork? Have they developed a personal practice? Do they understand how to go about building and developing connections with spirits and deities, generally? Do they have a sense of how they might pursue individual magical pursuits? Are their magical foundations (correspondences, etc, etc) strong? There is plenty to do before it is time for initiation. A strong outer court makes for a smoother inner court.

No matter where we are in our training, from seeker to covenleader, we all sometimes fall prey to the illusion that we’re on a conveyor belt, inexorably rolling toward some endpoint where it will be too late for us and we will have wasted all our time. So many of us feel like we got off to a late start, or like if we don’t move right now we’ll lose the chance forever. But this is a lifelong pursuit. There is no end to get to. As long as you are practicing, you are doing the right thing. The rate doesn’t matter. The lessons we learn in outer court stay with us throughout our magical lives, and a long outer court is a blessing. As covenleaders, it is important to recognize these kinds of anxieties in students and not to indulge them, because it doesn’t stop at initiation! Dare I say, it’ll get worse, as the next degree becomes the next carrot dangling in their line of vision. As students, it is worth asking ourselves why we’re in such a hurry. What is lacking in our practice, and what can we do to fulfill that (and, hey, maybe it isn’t the covenleader’s job to make you feel fulfilled)? Because an initiation or an elevation won’t solve things.

So, yes, outer courts are sometimes exhausting, and there is often less guidance as to how to proceed with them, but increasingly I believe that they are critical, especially for new covenleaders. Some covenleaders have discovered other methods that work better for them, but when in doubt, this is a worthwhile tool that is worth putting to good use. 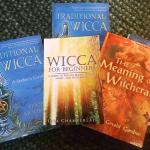