8 Lessons on Work and Stewardship from Disney’s ‘Silly Symphonies’ Teaching our children about the value and virtues of hard work and sound stewardship is an important part of parenting, and in a privileged age where opportunity and prosperity sometimes come rather easily, such lessons can be hard to come by.

In an effort to instill such virtues in my own young children, I’ve taken to a variety of methods, from stories to chores to games, and so on. But one such avenue that’s proven particularly effective has been taking in Walt Disney’s Silly Symphonies, a remarkably artistic set of 75 animated shorts produced from 1929 to 1939.

Spun from a mix of myths, fables, fairy tales, nursery rhymes, and original stories, the cartoons evolved from simple, musical cartoons to cohesive tales that offer ethical lessons. Although the whole series is well worth taking in, I’ve provided highlights of 8 particular cartoons that have struck me as quite powerful. Each offers a splendid mix of humor and artistry that you’d be hard pressed to find in today’s cartoons, but they also offer healthy prods to the imagination when it comes to how we approach work, wealth, and stewardship.

Perhaps the most famous of the series, “Three Little Pigs” went on to win numerous awards and spur several off-shoot shorts. Unlike the traditional tale, it avoids the deaths of pigs 1 and 2, yet it still offers the same striking parallels to Jesus’ parable of the wise and the foolish builders.

Jesus was, of course, referring to things mightier than sticks or bricks. But likewise, “Three Little Pigs” reminds us to be wary of short-term pseudo-solutions and quick fixes as we build civilization together. As Neal Gabler chronicles in his biography of Walt Disney, the corresponding song (“Who’s Afraid of the Big Bad Wolf?”) would go on to become somewhat of an anthem during the Great Depression, fostering parallels among the general public between the pigs and average, hard-working citizens.

In this musical retelling of the Greek myth of King Midas, we see a thoroughly comical amplification of avarice and idolatry. “I never cared for women, and I never cared for wine,” Midas sings, “But when I count a large amount of money, it’s divine!”

Midas is a greedy man, granted a special power by an elf named Goldie to turn everything he touches into gold. Yet upon receiving this supposed “gift,” he soon realizes the folly of his materialism, eventually begging Goldie to take his power away and all the gold that came with it. “My kingdom for a hamburger!” he cries, reminding us just how much money and power can distract us from the simple and important things in life.

And yes, you heard that right: hamburgers = important.

Based on another famous fairy tale, “Wise Little Hen” offers strong warnings against idleness, ungratefulness, and lopsided consumerism. Although the hen continuously invites her neighbors to share in her toil— from sowing to reaping to producing — the hen is routinely greeted with apathy, laziness, and excuse-making. She proceeds with different companions and bakes a host of tasty treats, each of which her entitled neighbors are suddenly eager to indulge.

Although her final act isn’t exactly Christian — outright refusing to share the fruits of her labor — as Christians, we ought to be concerned with filling our tables in such a way that we can share with those who have fallen on hard times. That requires hard work, of course, so when we’re invited to join in these efforts, we’d do well to say, “yes.” For ourselves, but more importantly, for the world.

Elmer Elephant is scorned, ridiculed, and cast out by his fellow animals for the oddity and seeming uselessness of his trunk. Yet after feeling sad and frustrated about his situation, a fire soon breaks out, giving Elmer an opportunity to the rescue those very same animals via the gift that God gave him. Indeed, society, culture, and the market may not recognize or celebrate our gifts in certain seasons, but God has given each of us unique talents and gifts through which we can contribute to those around us, whether we know it and accept them or not.

As Lester DeKoster writes, “Work is the form in which we make ourselves useful to others.” Thus, rather than getting discouraged or retreating from society in isolation, we should always be looking for opportunities to offer ourselves up in the service of others in new and creative ways.

In one of the more peculiar shorts in the series, a young mouse dreams of flying like a bird. Upon performing an act of sacrifice and bravery, he is granted a wish by a fairy, and begs for wings as a result. “A mouse was never meant to fly,” she warns him. “Be careful. Beware.”

Ignoring her warnings, and having received his wings, the wish quickly backfires, scaring away friends and family and inviting a host of unsavory companions. The lesson: Sometimes our personal aspirations and vocational desires are misaligned with who God created us to be and what he’s called us to do.

In the end, the mouse realizes his folly and achieves vocational clarity, offering a great companion to Mike Rowe’s recent advice about not “following your passion.” Follow the Shepherd, and he will make your paths straight.

6. Avoid the Traps of Privilege and Success — Tortoise and the Hare (1934)

In this somewhat standard retelling of the classic fable, we see the risks of privilege and success: pride, neglect, idleness, and waste. Though the hare has enormous natural advantage and opportunity, the tortoise has the inner mental and spiritual strength to press on and overcome.

We are left to wonder: If the hare were to steward his mind, time, and energy as prudently as the tortoise, what might he achieve?

In a peppy rendition of a story that haunted me as a child, we see yet again the consequences of manipulating and undervaluing the gifts of others. Upon ridding a town of its rat infestation through the music of his magic pipe, the piper is turned away by the mayor, who refuses to offer him the promised compensation. “A bag of gold?” the mayor asks, “You crazy loon! All you did was pipe a tune!”

Angrily, the piper proceeds to wield that same gift to inflict the city with something far worse than rats — childlessness — luring its young citizens away forever. “You’re dishonest and ungrateful,” he says, “and it really is a shame that the children of this city should grow up to be the same.”

It’s a dark end to a dark legend, and we surely don’t want to respond as the piper does. But much like the mayor, how often does our ungratefulness and undervaluing of the gifts and contributions of others lead to our own destruction?

Based on another well-worn fable, with imagery stretching back to Proverbs, here we find a grasshopper who comically quotes Genesis 2:9 to justify his leisurely lifestyle. “The world owes us a livin’,” sings the grasshopper, instructing a young ant not to “soil his Sunday pants.”

When winter comes, however, the grasshopper sings a different tune. Yet unlike the Wise Old Hen, the Queen Ant chooses to forgive him despite his selfishness. After giving him a thorough Pauline scolding, she promptly puts him to work, in a conclusion that aptly connects the Economy of Creative Service with the Economy of Wonder.

As the grasshopper concludes in song: “I owe the world a livin’,” and indeed, we do.

[Originally published at the Acton PowerBlog.] 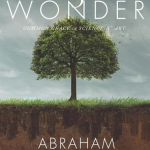 November 6, 2014 Graceful Marketing in a Broken World
Recent Comments
0 | Leave a Comment
"Need an industrial appraisal company? Masterequipmentappraisers.com Industrial Auctions has experience in buying and selling of ..."
Equity Web Solutions Charles Koch’s Metaphysics of Business
"Well, I don;'t see God coming down and having a little talk with the high ..."
Medalcollector Is God Opposed to Christians Making ..."
"What a lousy article. It is amazing how the owners of this website allow this ..."
Medalcollector The 6 Elves of Capitalism
"What love? Certainly not for the human race when you look at unregulated capitalism, slavery, ..."
Medalcollector Why Capitalism Is Really About Love
Browse Our Archives
get the latest from
Best of Patheos
Sign up for our newsletter
POPULAR AT PATHEOS Faith and Work
1