Toil as Curse and Grace 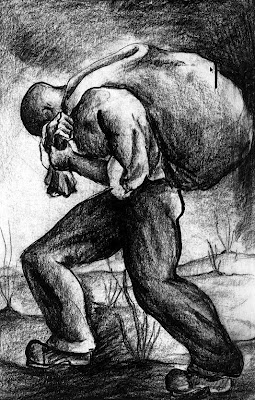 According to ancient legend, Sisyphus was punished by the gods for his craftiness in life. “Sisyphus is punished in Hades,” writes the historian and mythographer Apollodorus, “by rolling a stone with his hands and head in the effort to heave it over the top [of a hill]; but push it as he will, it rebounds backward.” Due to the toilsome nature of his punishment, Sisyphus became a symbol of every futile labor, the implication being that such repetitive, unproductive work could only be fit for punishing evil and would otherwise simply be torture.

In the midst of the now-common Christian affirmation of all forms of work as God-given vocations, the image of Sisyphus, vainly pushing his boulder up a hill in Hades, only to watch it roll back down again, might serve to remind us of the reality of toil, the other side of the coin. While human labor does have a divine calling, we do not labor apart from “thorns and thistles” and “in the sweat of [our] face” (Genesis 3:18-19). Contrary to common assumptions, this toilsome aspect of our labor has a higher calling of its own, acting as the means by which labor prunes our hearts to bear fruit to God.

Given this aspect of human labor, some might impute to Christians who laud the virtues of vocation that error which the German philosopher Friedrich Nietzsche (1844-1900) charged to “the flatterers of work” in his day. “In the glorification of ‘work’ and the never-ceasing talk about the ‘blessing of labour,’” he writes in The Dawn of Day,

I see the same secret arrière-pensée as I do in the praise bestowed on impersonal acts of a general interest, viz. a fear of everything individual. For at the sight of work—that is to say, severe toil from morning till night—we have the feeling that it is the best police, viz. that it holds every one in check and effectively hinders the development of reason, of greed, and of desire for independence. For work uses up an extraordinary proportion of nervous force, withdrawing it from reflection, meditation, dreams, cares, love, and hatred; it dangles unimportant aims before the eyes of the worker and affords easy and regular gratification. Thus it happens that a society where work is continually being performed will enjoy greater security, and it is security which is now venerated as the supreme deity.

For Nietzsche, work ultimately serves as a tool of manipulation. Those who praise work really just want to hold down the masses and suppress their intellectual development, aspirations, and individuality. The true god of those who laud labor is their own security. They hold out to workers the “easy and regular gratification” of daily work only in order to distract them from the truly oppressive reality.

Nietzsche’s conspiratorial leanings might be overblown, but his general criticism that our daily work might be no better than the fate of Sisyphus, if only we could see it, should be taken seriously. For many people, the words of Ecclesiastes would more readily resonate with their jobs than any exhortation to view them as vocations:

Then I looked on all the works that my hands had done
And on the labor in which I had toiled;
And indeed all was vanity and grasping for the wind.
There was no profit under the sun. (2:11)

On the worst of days (and for some even on the average day), working customer service in a retail store or the assembly line at a factory or cleanup at Chuck-E-Cheese’s feels far more like “grasping after the wind” than fulfilling one’s God-given station in life. Would we call out to Sisyphus, “Take heart; your work is divinely ordained!”? It was divinely ordained, but only as an instrument of retribution.

At this point, we might ask — wasn’t toil introduced into human labor as a punishment from God? It is after Adam falls that God tells him,

Cursed is the ground for your sake;
In toil you shall eat of it
All the days of your life. (Genesis 3:17)

Yes and no. Our life is plagued by imperfection and the tragedy of our mortality, but nevertheless God says to Adam, “you shall eat,” that is, “you shall have the means to sustain your life.” Work ought not to be so toilsome — toil, in that sense, is a bad thing — but given that our lives are characterized by sin, sometimes we actually need toil. Sometimes the curse is also grace.

As Abba Theonas says, in the Conferences of St. John Cassian,

“Cursed is the ground in thy works; thorns and thistles shall it bring forth to thee, and in the sweat of thy brow shalt thou eat bread.” This, I say, is the law, implanted in the members of all mortals, which resists the law of our mind and keeps it back from the vision of God, and which, as the earth is cursed in our works after the knowledge of good and evil, begins to produce the thorns and thistles of thoughts, by the sharp pricks of which the natural seeds of virtues are choked, so that without the sweat of our brow we cannot eat our bread which “cometh down from heaven,” and which “strengtheneth man’s heart.” The whole human race in general therefore is without exception subject to this law. For there is no one, however saintly, who does not take the bread mentioned above with the sweat of his brow and anxious efforts of his heart.

Subject to the thorny conditions of fallen, mortal life, it is only through toil (“the sweat of his brow”) that we “eat our bread which ‘cometh down from heaven,’ and which ‘strengtheneth man’s heart.’” But we do eat of it, so long as we first toil.

That does not make it any less difficult, nor would it justify exhorting those “who labor and are heavy laden” to take joy in any Sisyphean task, when they may rightly long for someone to give them rest (cf. Matthew 11:28). We should not abandon the labor of lightening that burden for others, to the degree that we can in this life, as a matter of our imitatio Christi. “For this cause,” said St. Cyril of Jerusalem, “Jesus assumes the thorns, that He may cancel the sentence; for this cause also was He buried in the earth, that the earth which had been cursed might receive the blessing instead of a curse.” 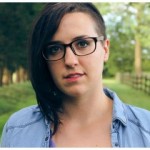 November 12, 2014
Are Christians in Ministry the Only ‘Real’ Christians?
Next Post 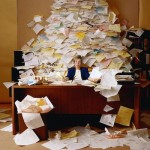 November 14, 2014 Why Your Job Pushing Paper Can Help Change the World
Recent Comments
0 | Leave a Comment
"Need an industrial appraisal company? Masterequipmentappraisers.com Industrial Auctions has experience in buying and selling of ..."
Equity Web Solutions Charles Koch’s Metaphysics of Business
"Well, I don;'t see God coming down and having a little talk with the high ..."
Medalcollector Is God Opposed to Christians Making ..."
"What a lousy article. It is amazing how the owners of this website allow this ..."
Medalcollector The 6 Elves of Capitalism
"What love? Certainly not for the human race when you look at unregulated capitalism, slavery, ..."
Medalcollector Why Capitalism Is Really About Love
Browse Our Archives
Related posts from Oikonomia