When Christians think of the majesty of God’s handiwork we tend to think of the visible aspects of nature. We agree with King David that, “The heavens declare the glory of God; the skies proclaim the work of his hands” (Psalm 19:1). But there are intricate and beautiful aspects of God’s creative genius that we don’t often think about—or don’t think about as being created by God.

As with most good gifts given by God to humans, we are able to corrupt it and use it in ways that harm our neighbors. Yet for the most part, the price system is an ingenious method of communication that has been used to improve the human condition.

In this video, Tabbarrok explores the mystery and marvel of prices and discusses how the price system allows for people with dispersed knowledge and information to coordinate global economic activity.

(Originally published at the Acton PowerBlog) 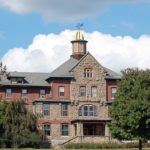 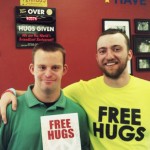 February 18, 2015 Restaurant Owner with Down Syndrome Shares His Gift
Recent Comments
0 | Leave a Comment
"Need an industrial appraisal company? Masterequipmentappraisers.com Industrial Auctions has experience in buying and selling of ..."
Equity Web Solutions Charles Koch’s Metaphysics of Business
"Well, I don;'t see God coming down and having a little talk with the high ..."
Medalcollector Is God Opposed to Christians Making ..."
"What a lousy article. It is amazing how the owners of this website allow this ..."
Medalcollector The 6 Elves of Capitalism
"What love? Certainly not for the human race when you look at unregulated capitalism, slavery, ..."
Medalcollector Why Capitalism Is Really About Love
Browse Our Archives
Related posts from Oikonomia