Risky Business at a Trucking Company

Trucks fill our highways, rushing goods and gifts from one place to another.

In a suburb north of Denver, Prime Trailer Leasing manages a fleet of gleaming white semi-trailers. Like the Hertz of semi-trucks, Prime owns and rents its trucks to commercial customers of all varieties. Wes Gardner, the founder and owner of Prime, acknowledges that “semi trailers aren’t glamorous,” but the work his company is doing is anything but mundane.

Gardner launched Prime in 1981. Over time, the company flourished into a thriving regional company with over 100 employees in Colorado and beyond. The company grew steadily. But a few years ago, the company experienced a dramatic rebirth. It wasn’t because of a radical shift. Prime didn’t evolve into a tech company. It didn’t change its focus or bring in a flashy executive team. Instead, Gardner looked intently at Prime and saw his work through a new lens.

“We began to recognize the best thing we could do to help our community, to help our neighbors, was to create jobs,” Gardner said. “Not just jobs, but good jobs.”

Rather than look outside their company, Gardner and his team at Prime started to look inside it. They started thinking intentionally about the people who stepped into the Prime offices each day. They turned Prime into a great place to work and to serve their communities. Morale improved, as Prime’s employees became more invested in their work.

As the renewal unfolded inside the company, Gardner sensed God inviting Prime to take some hiring risks. The company’s strong culture created the perfect environment to become a company of the second chance. “We want to hire people who know how to overcome adversity,” Gardner said. So they did. They launched their “Career Partner Program” and began hiring former gang members, people recovering from addictions, and people in need of a fresh start.

One of their most successful partnerships has been with Hope House Colorado — a ministry to at-risk teen mothers. Prime hired a number of young moms and gave them the dignity of a good job. They surround these teen moms with a supportive team, pay them generous wages, and introduce them to all aspects of his business. The decision has energized the Prime team and created profound opportunities for women not used to getting them. Gardner is quick to admit they’ve made mistakes along the way, but is bullish that this on-the-margin hiring strategy strengthens his company and encourages his people immeasurably.

When considering what God would have us do next, we are all apt to think about the grandiose — new ventures, expanded opportunities — but perhaps we should instead look at what God has already placed in our hands. Throughout Scripture, God often commands us to first consider what He has given us. God asks us, “What is in your hands?”

When David went up against Goliath, he turned down Saul’s armor and used his slingshot. When Moses took on Pharaoh, God turned his staff into a snake. When the hungry crowds circled Jesus, he turned what the people had into a feast. In each case, God used what His people had in their hands to work in miraculous ways. David slew a giant. Moses led the Israelites out of bondage in Egypt. The disciples fed over 5,000 people.

Like Moses and David and Gardner, perhaps God is asking us to consider what he’s already given us instead of focusing on what we don’t have. To leverage the gifts and assets and abilities he has already entrusted to us. It may not be glamorous, but it sure doesn’t have to be ordinary. 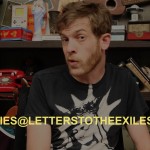 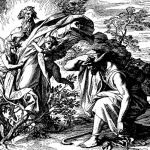 May 28, 2015 It’s Not About You: Vocation as a Means of Crucifixion
Recent Comments
0 | Leave a Comment
Browse Our Archives
Follow Us!